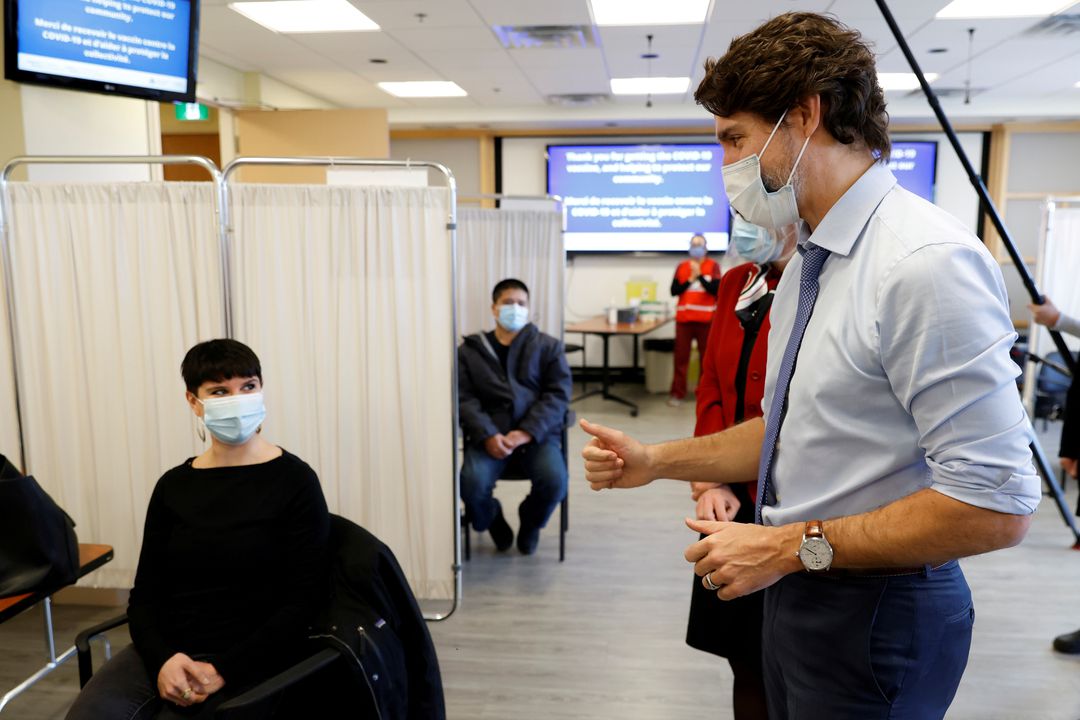 Canada’s Prime Minister Justin Trudeau talks to a patient after they received one of the first COVID-19 vaccinations at the Civic Hospital in Ottawa, Ontario, Canada December 15, 2020. REUTERS/Blair Gable

Canadian Prime Minister Justin Trudeau said on Monday the government has secured enough COVID-19 vaccine doses for all eligible Canadians to receive a booster as well as a fourth dose, according a statement from Trudeau’s office.

Trudeau made the comments in a call with Canada’s provincial and territorial premiers, as the country grapples with rising infection and hospitalization rates due to the highly infectious Omicron variant.

Trudeau said the government also plans to deliver 140 million rapid COVID tests to provinces and territories in January, according to the statement.

This month, Canada broke its one-day record for the highest number of people hospitalized with COVID-19. Last Friday, officials said new daily cases had soared by 65% in the previous week, threatening healthcare systems.