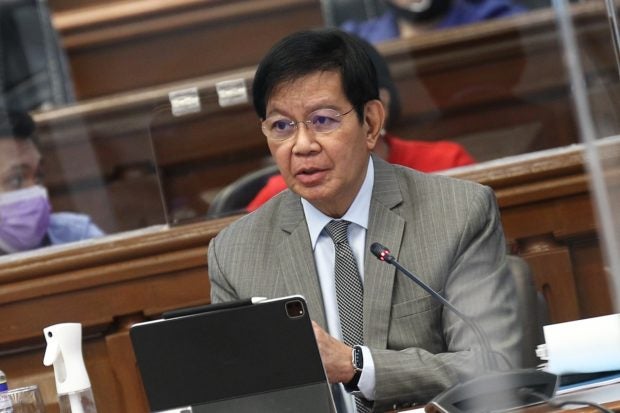 MANILA, Philippines — An in-house cybersecurity team from the camp of Senator Panfilo Lacson is conducting its own investigation on the alleged hacking of the servers of the Commission on Elections (Comelec).

Lacson, who is seeking the presidency, said this on Tuesday as he stressed the need for Comelec to be “open to letting experts and related stakeholders help strengthen the security system – including our cybersecurity experts and those of other aspirants.”

“While only the [Comelec] and the Department of Information and Communications Technology (DICT) can officially confirm or deny if such hacking indeed occurred, our in-house Comelec-accredited cyber-security team is currently conducting its own investigation given their limited accessibility, after I asked them to exert whatever effort to get initial information,” the senator said in a statement.

“Finding out who was/were responsible is already material information just to establish the motive and who will benefit from the alleged hacking. Meantime, we have to await the response of the author/s who said they will show proof to substantiate their hacking allegations,” he added.

On Monday, the Manila Bulletin reported that hackers were allegedly able to breach the servers of Comelec and purportedly stole files including usernames and personal identification numbers of vote-counting machines.

Comelec spokesperson James Jimenez, however, said those information do not exist yet in the poll body’s systems because these files have not been completed yet. Jimenez, nevertheless, said the Comelec is still validating the alleged data breach.

“[T]he Comelec should clarify the veracity of the hacking incident and be forthright with its findings…Only through transparency and accountability can we guarantee the integrity of the upcoming elections,” Lacson went on.

“Our elections on May 9 could not have come at a more critical time. This is not just about the individual candidates, but about upholding our democracy which, if the hacking turns out to be true, is gravely being threatened,” he added.