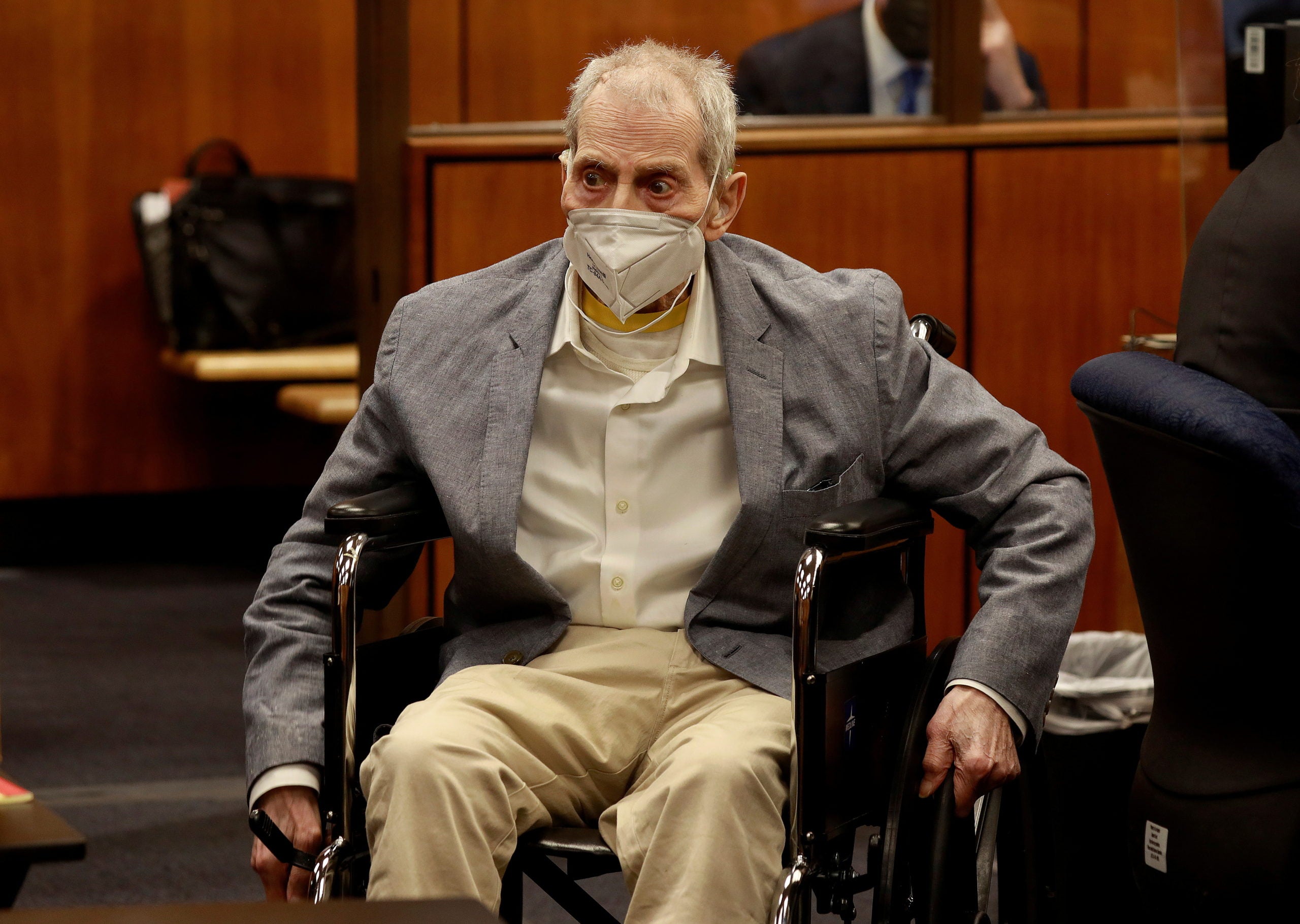 LOS ANGELES — Real estate heir and convicted murderer Robert Durst, who was jailed for life for the killing of his best friend, died Monday in a California prison, his lawyer said.

Multi-millionaire Durst was the subject of an explosive HBO documentary entitled “The Jinx,” which ultimately led to his conviction over one of the three gruesome deaths for which he was believed to be responsible.

Attorney Chip Lewis said the 78-year-old succumbed to “natural causes associated with the litany of medical issues we had repeatedly reported to the court over the last couple of years.”

Durst was convicted last year of the December 2000 shooting of Susan Berman in her Beverly Hills home.

Crime writer Berman, the daughter of a Las Vegas mobster, had taken on the role of Durst’s spokeswoman after he became a suspect in the disappearance of his wife, Kathleen, 18 years earlier.

Prosecutors said he had murdered Berman to prevent her from incriminating him in a renewed police investigation into the disappearance of Kathleen Durst.

Durst’s wife, a medical student, was just 29 when she vanished as the couple’s marriage was disintegrating.

He told investigators in New York state she had boarded a train to Manhattan bound for the couple’s apartment there — one of a number of homes they shared — but had never arrived.

A woman claiming to be Kathleen Durst called the medical school the next morning to say she was sick and would not be in class. Prosecutors said they believed that woman had been Berman.

The investigation into Kathleen Durst’s disappearance sputtered out, but was reignited in 2000, when, Durst said in “The Jinx,” police got in touch with Berman.

On Christmas Eve of that year, Berman’s bloodied body was found face-down in her home.

Durst told his Los Angeles trial he had found Berman dead when he showed up for a visit.

He later admitted that an anonymous note sent to police telling them about the body was his work, but maintained he had not killed his friend.

In the following weeks, he fled California for Galveston, Texas.

There he befriended Morris Black, whose severed body parts were later found floating in a bay.

Bloodstains in Durst’s rented apartment led the police to arrest and charge him for the death.

At the trial in Texas, he said he had come home to find Black in his apartment with a gun. He claimed Black died in the ensuing scuffle.

He admitted using an axe and a saw to hack the body into pieces, but said he had done so because he did not feel anyone would believe his story of self-defense, because he was already a suspect in at least one other murder.

“I did not kill my best friend,” Durst testified. “I did dismember him.”

The jury acquitted him.

Despite public outrage at the time, the case eventually faded, but Durst came back to public attention in 2015 with “The Jinx.”

In its stunning finale, Durst is heard muttering to himself, “Killed them all, of course” — apparently unaware that a microphone he was wearing during the recording of that episode remained switched on while he was using the restroom.

Durst was arrested over Berman’s slaying in March 2015 in a New Orleans hotel room, hours before that dramatic episode aired.

Durst was the grandson of the founder of a large Manhattan real estate firm. His share of the family fortune was estimated to be around $100 million.