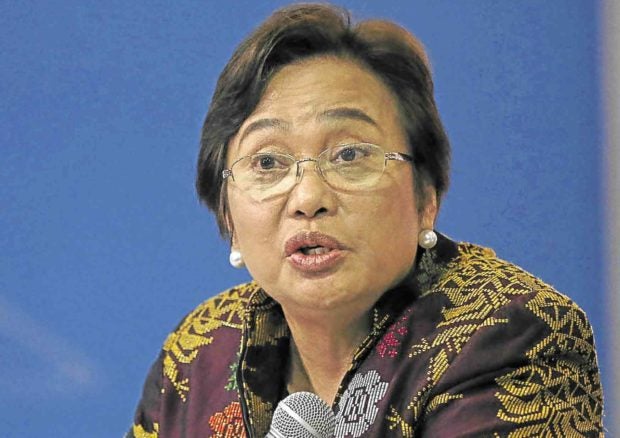 MANILA, Philippines — The Commission on Elections (Comelec) has ordered presidential aspirant Ferdinand “Bongbong” Marcos Jr. to have his medical certificate legally certified after he was found to have given media interviews but did not attend a Comelec hearing on his disqualification cases the next day.

“Now I have to require the doctor who examined Marcos Jr. to have his medical cert[ificate] notarized and indicate his medical license number,” Comelec Commissioner Rowena Guanzon said on Twitter on Monday.

She was reacting to Victor Rodriguez’s, spokesperson for Marcos, statement on Sunday that the aspirant did give two interviews on Jan. 6 “despite feeling unwell.”

On Jan. 7, Marcos skipped Comelec’s preliminary conference for the disqualification petitions against him despite an order from the poll body to attend physically or virtually.

His lawyers presented a medical certificate from Dr. Benedict Francis Veldecanas that said Marcos was advised to go on isolation since he was experiencing fatigue, fever and “difficulty in speaking due to a painfully congested throat” and was exposed to two individuals who later tested positive for the new coronavirus.

Over the weekend, video clips of Marcos in a radio interview on Jan. 6 were posted on social media.

During the hearing, Guanzon demanded proof to justify Marcos’ absence.

After an hour-long wait for the medical certificate, the Comelec official questioned Marcos’ lawyer for not notifying the poll body the day before.

Guanzon afterwards tweeted that a decision on the disqualification cases handled by the Comelec First Division, which she chairs, could be issued “around Jan. 17.”

The Comelec is expected to start the printing of ballots for the May 9, 2022 elections on Jan. 15.

The official list of candidates, however, has not been finalized.

So far only one of the cases brought before the Comelec questioning Marcos’ eligibility to run due to his tax evasion conviction has been submitted for resolution.

The petition to cancel Marcos’ certificate of candidacy that was filed on Nov. 2 by martial law activists led by the Task Force Detainees of the Philippines was submitted for resolution by the Comelec’s Second Division on Dec. 20.

There are four more disqualification cases still pending with the Comelec, basically arguing that Marcos has been disqualified from running for public office as a penalty for evading taxes when he was Ilocos Norte governor during his father’s martial law regime.