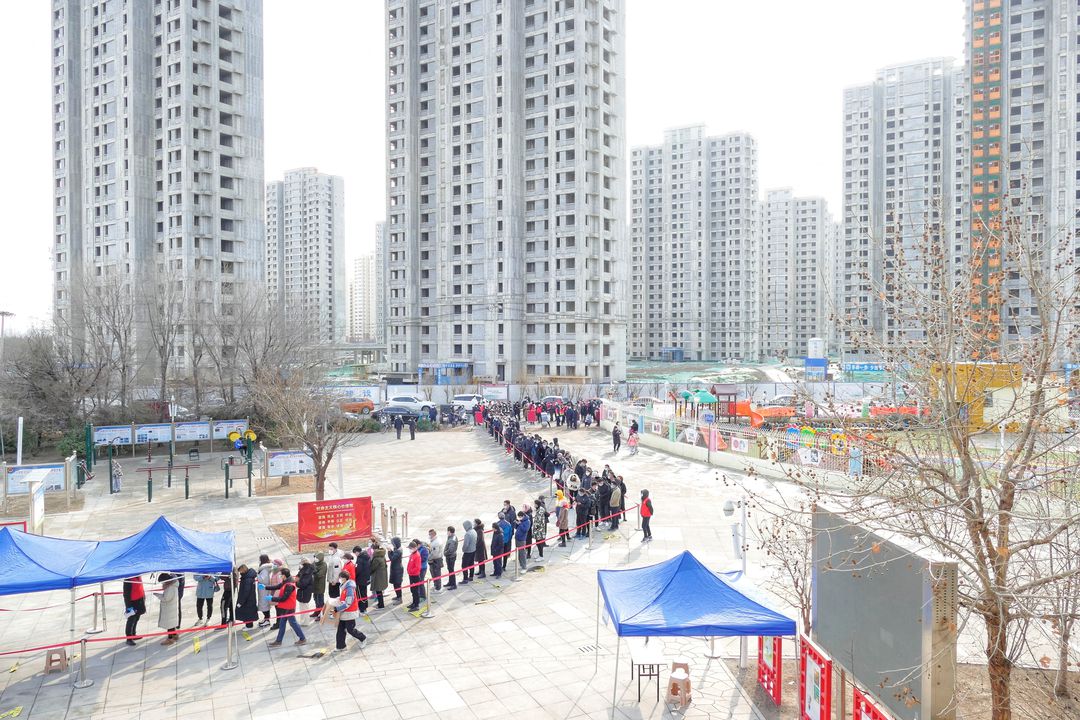 People line up for nucleic acid testing during a citywide mass testing for the coronavirus disease (COVID-19) after local cases of the Omicron variant were detected in Tianjin, China January 9, 2022. cnsphoto via REUTERS

BEIJING — The northern Chinese city of Tianjin tightened exit controls and is requiring residents to obtain approval from employers or community authorities before leaving town in an effort to block the spread of the highly transmissible Omicron variant.

The port city to the southeast of Beijing reported 21 domestically transmitted cases with confirmed symptoms on Sunday, the National Health Commission said on Monday, up from three a day earlier.

Tianjin, with around 14 million residents, said over the weekend it detected two local cases of infection with the Omicron. The source of the infections and route to the community remained unclear, and officials had yet to announce how many other local cases were caused by Omicron.

China’s quick containment strategy has taken on extra urgency in the run-up to the Winter Olympics, to be staged in Beijing and neighboring Hebei province starting Feb. 4, and with the Lunar New Year holiday travel season beginning later this month.

Tianjin’s mass testing scheme, which it aims to complete in two days, is part of its effort to “resolutely prevent the virus spreading to other provinces, regions and cities, especially Beijing”, the city government said in a letter to residents on Monday.

Last year, China hosted several foreign diplomatic delegations in Tianjin instead of Beijing, including those from the United States. The city is also one of north China’s most important oil and gas terminals, is a production base for European planemaker Airbus and hosts data storage centers for Chinese technology firms such as Tencent.

It remained unclear how many other local cases in Anyang were Omicron. The city of 5.5 million residents suspended all bus services from Sunday.

Prior to the Tianjin and Anyang outbreak, China had reported a handful of Omicron cases among international travelers, and at least one locally transmitted Omicron infection.

In December, a national health official said local transmission of Omicron, caused by an Omicron infection arriving from overseas, had been found in the southern city of Guangzhou and quickly contained, without giving local case numbers.

Nationwide, mainland China reported 97 new local symptomatic cases for Sunday, up slightly from 92 a day earlier, with 60 in Henan.

The city of Xian, where local authorities are planning the gradual resumption of parcel deliveries and some businesses as a weeks-long lockdown showed signs of easing, reported 15 local symptomatic cases.