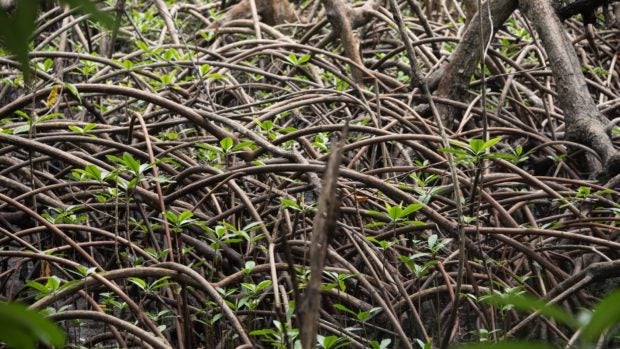 To avoid a repeat of similar devastation brought by strong typhoons, Legarda specifically pushed for development of mangrove greenbelts in coastal communities.

Legarda explained that the planting and rehabilitation of mangroves along the shorelines of vulnerable coastal communities will serve as natural buffers against storm surges, flooding, erosion, and other climate hazards.

“We have long understood the workings of nature and learning once more from the experience from Typhoons Odette and Yolanda. In natural settings, mangroves have effectively protected our most vulnerable communities, lowering the storm surge and dampening the waves within the first few hundreds of meters of forest. A mangrove greenbelt of hundreds of meters wide can play a critical role in reducing wind or swell waves, thus reducing erosion, flooding, and storm surges and preventing loss of life and damage to properties,” she stressed.

Legarda recalled that during the onslaught of Typhoon Odette, which brought torrential rains, violent winds, and storm surges in Surigao del Norte and Dinagat, provinces in Central Visayas, and the island of Palawan, the coastal municipality of Del Carmen in Siargao was miraculously spared from storm surges because it is home to 4,871 hectares of mangroves, the largest such forest in the Philippines.

On the other hand, during Typhoon Yolanda, the world’s deadliest storm in 2013, Barangay Parina in Giporlos, Eastern Samar, was also saved from storm surges by its mangrove forests of nine hectares.

Legarda said the forest served as the community’s protective cover when water surged inland. On the other hand, Bacjao, a nearby barangay but located outside the mangrove area, was completely destroyed.

As chair of the Senate Committees on Finance and Climate Change in 2016, then Senator Legarda had pushed for the prioritization and earmarking of funds under the National Greening Program for mangrove reforestation.

Still, Legarda recognizes that there remains a need for a comprehensive and integrated policy on mangroves that could support nature-based and sustainable climate adaptation measures to protect vulnerable communities and their livelihoods from the devastating impacts of extreme weather and disasters.

“We need to invest in nature’s solutions. Integrated coastal zone management will help address the root causes of coastal vulnerability. We need to involve local communities and stakeholder groups in both the design and implementation of zoning plans and management plans. We must provide incentives to the community to act as local custodians of the mangrove forests, or offer climate-resilient livelihoods linked to the management of the greenbelt,” she stressed.

Apart from this, Legarda also called on the Climate Change Commission, the Department of Environment and Natural Resources (DENR), the Department of Interior and Local Government (DILG), and other national and local government agencies to follow a “Building with Nature” approach to develop and implement ecosystem-based coastal defense measures alongside existing risk reduction measures.

“We need to work with and alongside natural processes. Nature-based solutions, such as planting mangrove greenbelts, are right in front of us and have been very effective in preventing further loss and damage. Our development plans should support a more extensive planting and rehabilitation of mangroves and recognize them as a fundamental part of the local economy in growing fish population and biodiversity, capturing carbon, and providing forest products and recreation,” she argued.

“For those living along our coastlines, the risks are growing, as climate change drives rising sea levels, warmer oceans and increasingly ferocious cyclones. We need to institutionalize climate change adaptation and disaster risk reduction measures and embrace the available solutions that nature presents to us,” Legarda concluded.