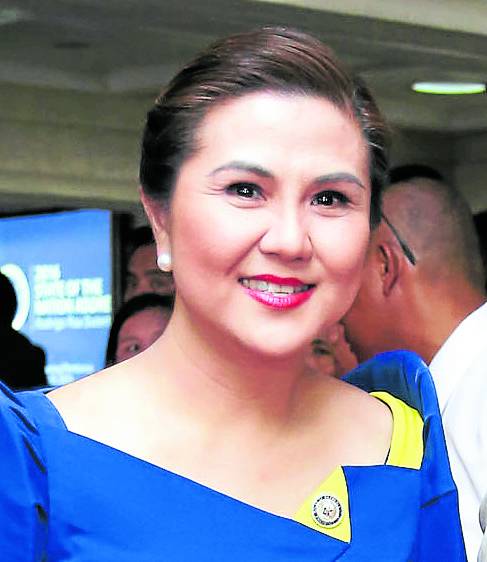 A “major victory” has been achieved, with the historic bill prohibiting and declaring child marriage as illegal in the Philippines now a law, Deputy Speaker Bernadette Herrera said on Thursday.

According to Herrera, the bill submitted by Congress to President Duterte in November lapsed into law on Dec. 11. But a copy of the bill released by Malacañang also on Thursday showed that the President signed Republic Act No. 11596 on Dec. 10.

“This is a major victory in our campaign to end child marriage in the Philippines. This law will help protect children, especially young girls, and hopefully change the trajectory of their lives,” Herrera, one of the primary authors of the measure, said in a statement.

Under RA 11596, the facilitation and solemnization of child marriage as well as the cohabitation of adults with children will now be considered a “public crime.”

Officers, parents, guardians and other adults found to have fixed, facilitated, or arranged a child marriage will be punished with a fine of at least P40,000 and a jail term of up to 12 years.

Herrera said the time had come for the Philippines to end the “long-standing disturbing practice” of child marriage, adding that it was a form of violence against children.

“This new law is a big step toward ensuring that children’s rights will be upheld and their well-being and future secured,” she said.

In a separate statement, Gabriela Rep. Arlene Brosas, who co-authored the measure, said the law would ensure “stronger protection of children from sexual abuse and the effects of early marriage.”

Brosas said the law afforded a transitory period of one year, wherein its penalty provisions would be suspended only for Muslim and indigenous peoples’ communities.

“This is a historic step toward the criminalization of child marriage, which has trapped … Filipino girls into unwanted and early child-bearing and child-rearing responsibilities and even into cycles of abuse,” she said.

Brosas pointed out that the signing of the bill into law came at a time when teenage pregnancy in the Philippines was on an alarming rise amid the COVID-19 pandemic, with even a child as young as 10 giving birth.

“We really need to step in and stop the trend while we seek to strengthen protective and support services for children,” she said.

Citing data from the Philippine Legislators’ Committee on Population and Development, Brosas said one in six Filipino girls was getting married before reaching the age of 18.

She added that the Philippines ranked 10th worldwide in terms of absolute number of child marriages and unions.

Unicef said the Philippines ranked 12th in the world with the highest absolute number of child brides at 726,000.

The UNFPA said that data from the 2017 Philippines National Demographic and Health Survey indicated that 26.4 percent of married girls age 15 to 19 years old reported experiencing physical, sexual or emotional violence.

During the so-called siege of Marawi City, a five-month-long armed conflict that began in May 2017, 31 percent of people in evacuation centers reported that child and forced marriages were the most common forms of gender-based violence, the UNFPA said.