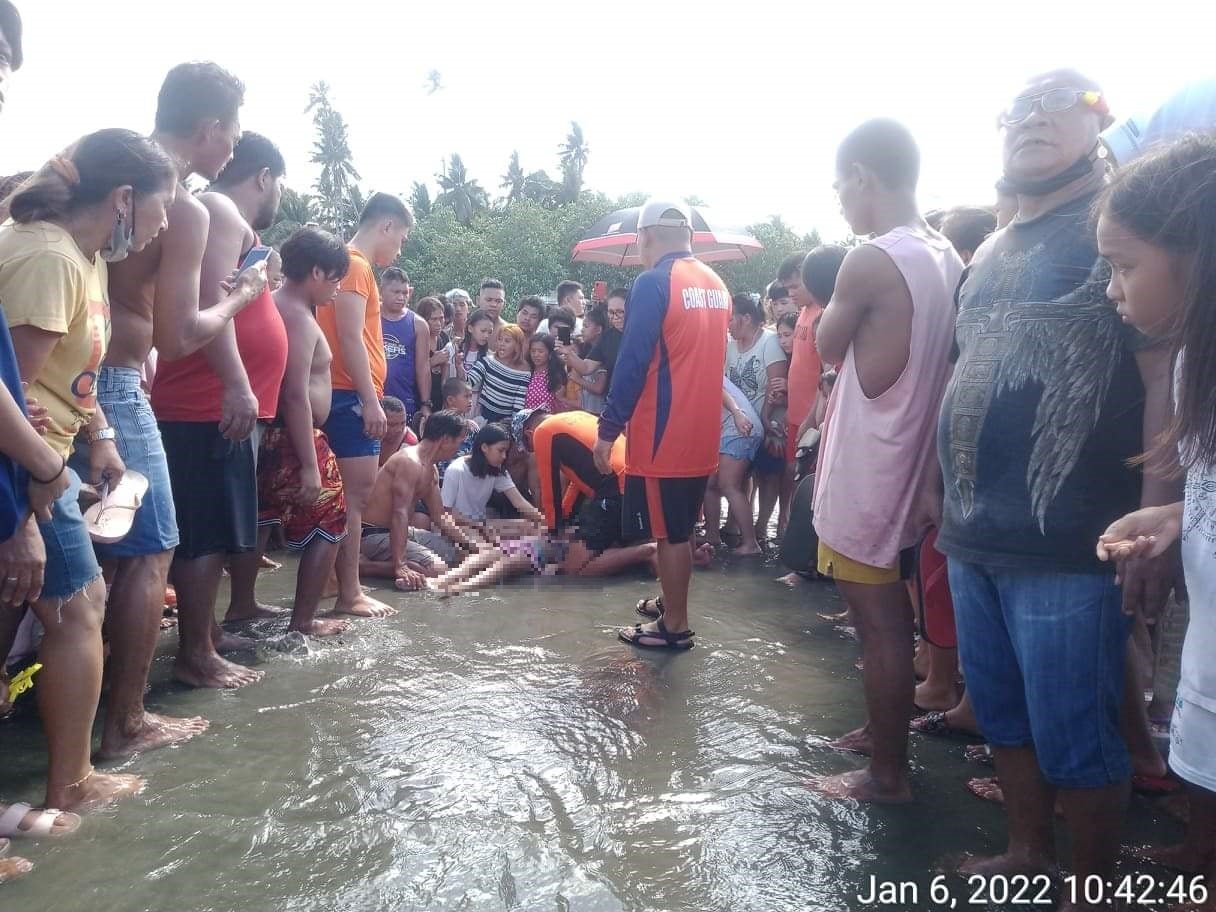 Philippine Coast Guard personnel try to revive one of the four children whose bodies were found floating at sea and were brought back to Purok 7, Tambacan in Iligan City Thursday, January 6. Attending physicians declared the victims dead. CONTRIBUTED PHOTO (From the Philippine Coast Guard )

ILIGAN CITY—Waves whipped up by the northeast monsoon swept five children off a beach in Barangay Tambacan here and pushed them into a deeper part of the sea early on Thursday (Jan. 6), authorities said.

The children were swimming off the beach when they were swept away.

Philippine Coast Guard (PCG) personnel sent on a rescue mission aboard two boats found and retrieved the bodies of four of the children. The fifth child was missing, said police.

Capt. Royre Tabucin, Iligan City police station 4 chief, said the children were swimming near the beach when the waves came. They were identified as Jomar, 6; Jocel, 7; Junrey, 12, all surnamed Sarsaba and their cousins Daisy Mae Doble, 9, and Neijel Mae Marilog, 6.

Primiliro Sarsaba, father of the Sarsaba siblings, told police he heard shouts for help from Jocel and was about to help her when the four other children followed and grabbed him in the back.

Sarsaba told police he tried to push the four children away to reach Jocel but all five children, who were residents of the barangay, were carried away by the waves and initially went missing.

Adrian Debalucos, officer-in-charge of the Lanao del Norte PCG station, said two rescue teams took two vessels—a rubber and speed boat—to save the children but found the bodies of four of the children bobbing in the waters.

The bodies found floating were those of the three Sarsaba children and their cousin Niejel May Marilog. Rescue teams rushed the Sarsaba siblings to the Don Gregorio Lluch Memorail Hospital and Niejel May to the Dr. Uy Hospital. All four were declared dead in the hospitals.

The PCG suspended search and retrieval operations for the fifth child, Daisy Mae T. Doble, on Thursday afternoon because of strong winds and huge waves which put rescue teams at risk. Debalucos said the teams would resume the operations early on Friday (Jan. 7).

Debalucos advised the public to take extra precaution when swimming in the area.

“Each child should be supervised by an adult when swimming at the beach,” he said.

“It is hard for you to save five children at the same time. If the waves are too big, it is better not to go swimming,” Debalucos said, adding that barangay officials should put up safety reminder signs in the area.