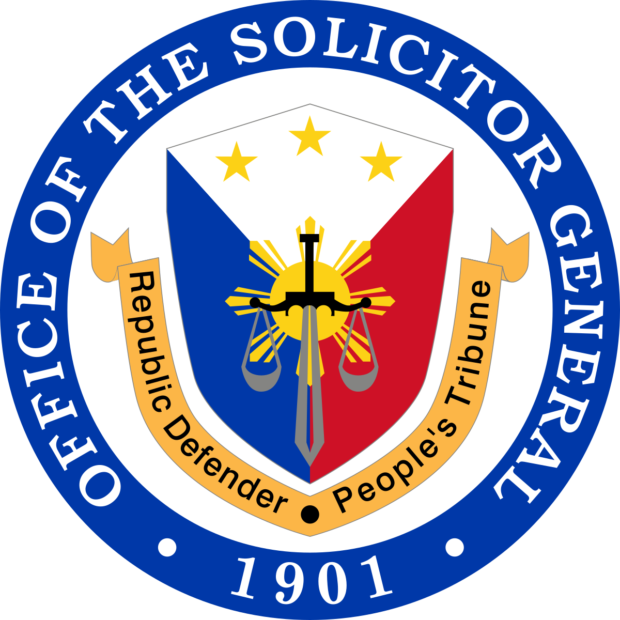 MANILA, Philippines — The Office of the Solicitor General (OSG) has opposed proposed legislative measures that seek non-expiration of legislative franchises with pending applications for renewal in Congress.

The OSG said in a statement Thursday that Senate Bill No. 1530, which was approved by the Senate in December, and House Bill No. 7923 were “unconstitutional and illegal” if passed into law.

“The OSG’s review reveals that the proposed bills disregard the legislative nature and origin of a franchise in contravention of the Constitution,” said the OSG.

“Also, by institutionalizing the system of ‘hold- over franchise’ in the broadcasting industry, the proposed bills violate the settled rule that the privilege to operate a broadcasting station requires a legislative franchise in the form of a law,” it added.

The Senate bill sponsored by Senate Minority Leader Franklin Drilon aims to amend Section 18, Book VII, Chapter 3 of Revised Administrative Code, which provides for the non-expiration of a license “where the licensee has filed a timely and sufficient application for renewal until a final determination by the agency is made.”

According to the proposed amendment to the law, a final determination on the fate of the franchise should only be made once an applicant has received written notice of approval or denial of the franchise renewal.

Drilon earlier said the bill would simply expand the provision to also include franchises granted by Congress.

However, the OSG said the practice of holding over a franchise would pose a danger of “allowing broadcasting entity with an expired franchise to continue using its assigned frequency without a definitive legislative finding that it remains qualified to retain such privilege.”

“Relatedly, such policy is open to abuse considering that it gives shrewd broadcasting entities the incentive to delay an impending denial of their application for franchise renewal.” the OSG asserted.

Furthermore, the OSG said that allowing an expired franchise holder to continue operations is promoting “exclusivity” which is in violation of the Constitution.

“Article XII, Section 10 of the Constitution provides that no such franchise certificates are exclusive. This is to support and encourage equity participation in public utilities by the general public also provided in Section 11,” the OSG said.

“By allowing the select few to use these privileges despite having an expired franchise limit the public to apply for these privileges. This promotes exclusivity which will run counter to the true intention of the Constitution,” it added.

The OSG then urged Congress to further review the bills, as both raise “constitutional and legal questions and issues that are not to be taken lightly.”

“Should the bills be passed into law, the OSG stands ready to raise the constitutionality of the law passed before the Highest Court of the land,” it added.