Star City to reopen on January 14 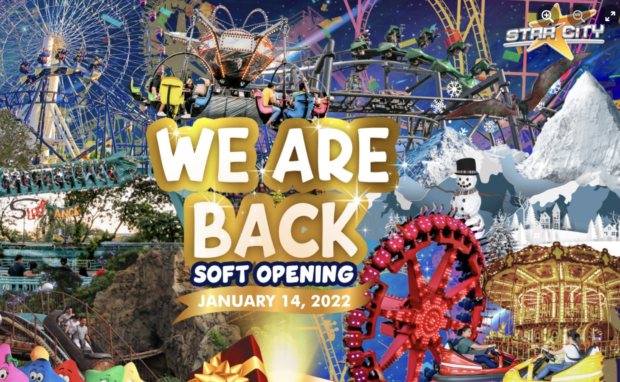 MANILA, Philippines — Metro Manila’s landmark amusement park, Star City, is set to reopen on Jan. 14, after more than two years of being closed after catching fire.

“The long wait is finally over! Star City will be reopening this January 14, 2022!” the park management announced through its Facebook page.

According to the management, entrance tickets for the park may be purchased at its gate.

“We will be announcing soon how tickets may be purchased online,” it added.

The iconic theme park was leveled to the ground when it caught fire just past midnight on October 2, 2019, acquiring damages worth P1 billion.

A day after, the management said that the park will remain closed until further notice.

Part of the office of its sister company Manila Broadcasting Co. (MBC), was also damaged in the said fire.

The amusement park, apart from its rides, boasted an indoor carnival, a shopping center, museums, as well as horror houses before the fire.

Star City fire leaves P 1B worth of damage

IN THE KNOW: Star City history