LOOK: Scenes during and after the Star City fire 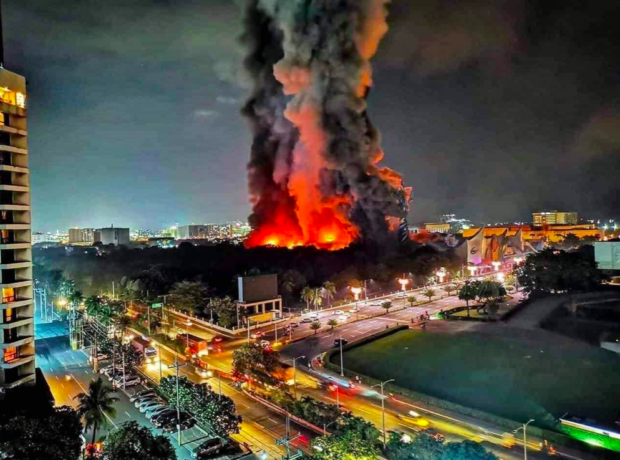 MANILA, Philippines — One of Metro Manila’s landmark theme park, the Star City, went up in flames early Wednesday, which also affected not only the amusement park but also part of the office of its sister company Manila Broadcasting Co. (MBC).

In photos shared by Sen. Richard Gordon on Twitter, members of the Philippine Red Cross (PRC) were on the scene to help extinguish the fire, which reached Task Force Alpha status at 2:28 a.m.

Gordon, also PRC chairperson, added that two ambulances were dispatched to provide first aid to people affected by the fire.

FIRE ALERT! Our firefighters are on the ground to help extinguish the fire that broke out at STAR CITY at around 12:26AM. We deployed 2 fire trucks. We also dipatched 2 ambulances to provide first aid. As of 1:02AM, fire status was raised to 5th alarm. Keep safe everyone! pic.twitter.com/aR0ABTmFRe

Meanwhile, the Pasay City Command, Control, Communication and Information Center shared on Facebook photos of the raging fire and its aftermath.

Some of the photos also showed how the fire damaged the food court section of the amusement park. /jpv