MANILA, Philippines – The Manila Broadcasting Company (MBC) facility in Pasay was also gutted by a fire that first broke out at the adjacent Star City amusement park before dawn Wednesday. 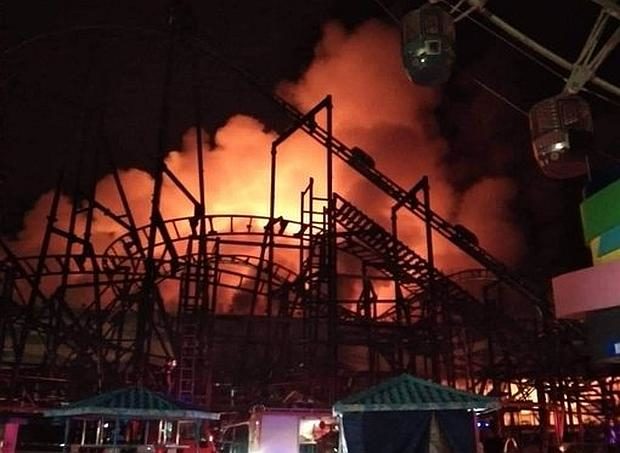 MBC President Ruperto Nicdao, in a statement said the company is coordinating with authorities to determine the cause of the blaze.

Despite the fire, Nicdao assured that its FM radio stations Love Radio, Yes the Best and Easy Rock will continue broadcast operations.

Meanwhile, its AM station DZRH is also expected to be back on air within 48 hours or less, Nicdao added.

The amusement park was hit by fire just after midnight on Wednesday.

The Pasay City Fire Station told INQUIRER.net in a phone interview that the blaze was declared under control at 4:32 a.m.

Because of the blaze, Star City management said the amusement park will be closed throughout the Christmas season.  /gsg