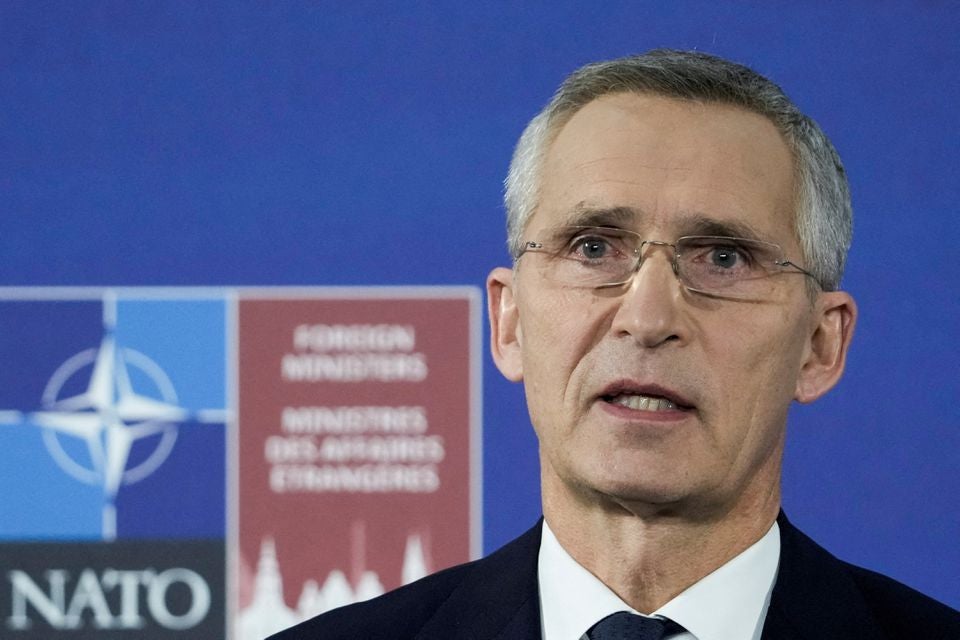 BRUSSELS — Nato foreign ministers will hold an emergency videoconference on Friday to discuss Russia’s military build-up around Ukraine, after a raft of demands from Moscow, the alliance said.

Tensions have soared in recent months as the West has warned that the Kremlin could be planning a full-scale invasion of its neighbur after massing some 100,000 troops at the frontier.

High-ranking officials from the United States and NATO are set to hold talks with Russia from Sunday after Moscow laid down a list of demands for Washington and the Western military alliance.

The Kremlin is insisting Nato must never grant membership for ex-Soviet Ukraine and must roll back its forces near Russia’s border.

But the West has rejected what it calls a bid by Moscow to dictate the future of independent partners and threatened Moscow with “severe costs” if it launches a fresh incursion into Ukraine.

President Joe Biden’s administration has sought to reassure wary European allies that it will act in concert with them, dismissing suggestions that it could seek a meeting in Geneva without input from the Europeans.

EU foreign policy chief Josep Borrell — who is heading to Ukraine for an official visit — spoke on Tuesday to Nato boss Jens Stoltenberg ahead of the talks between the alliance and Russia on January 12.

Borrell had earlier insisted that the EU must be involved in any talks on European security — but a statement after the call with Stoltenberg did not repeat the demand.

For his part, Stoltenberg tweeted: “I’ve convened #NATO-#Russia Council meeting on Jan 12 to discuss issues related to European security, esp the situation in/around #Ukraine & issues related to mil activities, reciprocal transparency & risk reduction. An agenda for meaningful dialogue in the interest of all of us.”

The last meeting of the Nato-Russia Council was held in 2019 and relations between the two former Cold War foes have been frozen amid deep mutual distrust.

Nato says it has remained open for dialogue and previously accused Moscow of spurning its invitation to hold fresh talks.

Russia seized the Ukrainian region of Crimea in 2014 and is accused of fomenting a bloody conflict in the east of the country that has killed over 13,000.