More people evacuated due to floods in Malaysia’s Johor 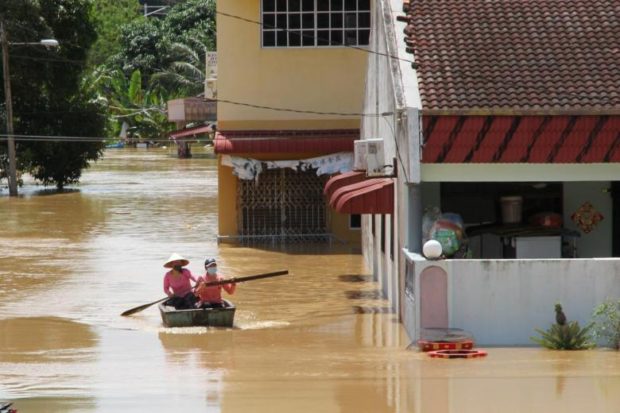 People evacuating from Segamat in Johor on Jan 4, 2022. | PHOTO: THE STAR/ASIA NEWS NETWORK

KUALA LUMPUR – Flood victims in Malaysia’s southern Johor state had little respite on Tuesday even though officials forecast good weather was on the way.

Segamat district, about two-and-a-half hours’ drive north from the Johor capital of Johor Baru, was the worst hit with a video on Twitter showing an entire village inundated.

Six other states – Pahang, Negeri Sembilan, Sabah, Melaka, Selangor and Terengganu – have also been hit by the flooding with nearly 13,000 people displaced.

Riza Molinda posted a video on Facebook on Tuesday of her house in Segamat after flood waters had receded.

“I am home. Thank God. Cleaning session. I can only look at it,” she wrote.

The Cabinet is meeting on Wednesday to discuss the situation as post-flood clean-up operations continued in areas hit initially by the first bout of incessant rain in mid-December.

Stallholder Chai Foong Mei, 52, from Taman Sri Muda, Selangor, said her ground-floor flat was still being restored more than two weeks after it was swamped by 3.6m-high flood waters on Dec 18.

“My home rebuilding is in progress with the help from the neighborhood and non-governmental organizations,” she told The Straits Times.