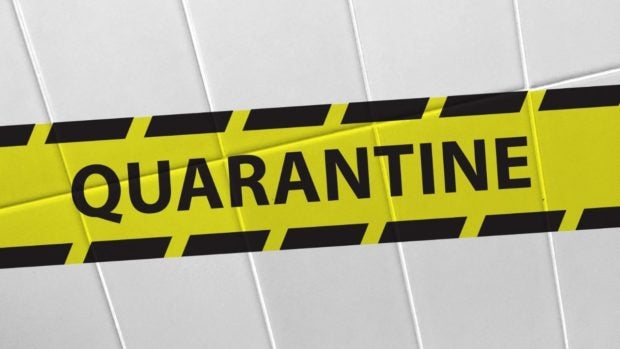 MANILA, Philippines — The Department of Tourism (DOT) has suspended Berjaya Hotel Makati’s accreditation and its permit as a multiple-use hotel for lapses in connection with an alleged breach of quarantine rules involving so-called “Poblacion girl,” which resulted to her infecting at least a dozen other people with coronavirus.

At the same time, the DOT in a statement Wednesday said it also fined Berjaya “equivalent to twice the rack rate of its most expensive room.”

The decision has since been served to Berjaya Hotel, which has 15 working days to appeal, according to the DOT.

The department noted that while Berjaya Hotel gave them assurance that the guests referred to it for quarantine will  “follow strict protocols,” the hotel still apologized for its failure to report the incident to the Bureau of Quarantine.

This, the DOT decision said, was “an admission of not just the facts of the incident, but as well as their (hotel) lapses in their responsibility as an accredited establishment of the Department of Tourism.”

The woman in question, identified by authorities as Gwyneth Anne Chua, was spotted in a bar in Poblacion, Makati City when she was supposed to be in the quarantine hotel.

Based on the DOT report released to the media, Berjaya admitted that CCTV footage showed Chua leaving the hotel at 11:45 p.m., or 15 minutes after checking in upon her arrival on Dec. 22.

“Neither did the hotel security personnel nor the front lobby call her attention, and neither was there any effort to report the incident to the Bureau of Quarantine (BOQ):, even after her return three (3) days later,” the DOT pointed out.

Chua, who was supposed to be undergoing a mandatory five-day quarantine at the hotel until December 27, only returned on the night of December 25. She underwent a swab test on December 26 and her result came out positive the next day.

Her action was met with a torrent of condemnation, with some even calling for her to be declared as a persona non grata in Makati.

Makati mayor Abby Binay, however, thumbed down the calls to declare Chua a persona non grata, calling it “petty,” as she encouraged the bar to sue for damages instead.

Eventually, Chua, her parents, and five hotel employees were charged before the Makati City Prosecutor’s Office on Tuesday.