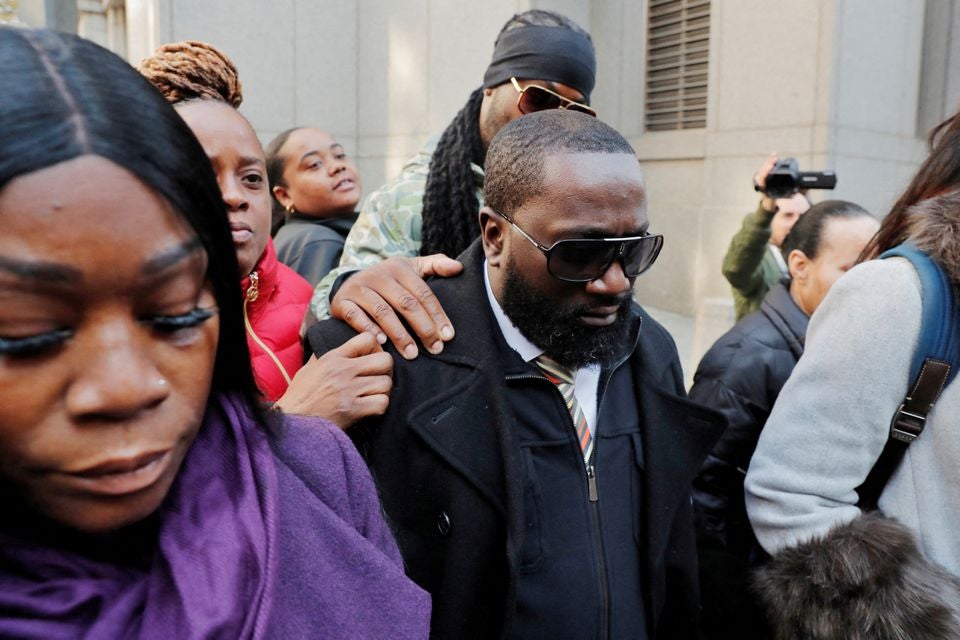 Michael Thomas (C) departs after a court hearing regarding his actions the evening that led to the death of Jeffrey Epstein, outside a federal court in New York City, U.S., November 25, 2019. REUTERS/Lucas Jackson/File Photo

NEW YORK — A U.S. judge on Monday formally dismissed the federal government’s criminal case against two Manhattan jail guards who admitted to falsifying records on the night that financier Jeffrey Epstein killed himself during their shifts.

U.S. District Judge Analisa Torres in Manhattan dismissed claims against Tova Noel and Michael Thomas, after prosecutors said both complied with the six-month deferred prosecution agreements they had agreed to last May.

Epstein killed himself in his cell at the Metropolitan Correctional Center on Aug. 10, 2019, while awaiting trial on sex trafficking charges.

Noel and Thomas were accused of falling asleep and surfing the internet that night rather than checking on Epstein every 30 minutes, and they acknowledged having falsified records to make it seem they were monitoring Epstein properly.

Both cooperated with a federal probe arising from Epstein’s death. William Barr, the U.S. attorney general at the time, had been angered that a high-profile inmate like Epstein was able to kill himself while in federal custody.

In a statement, Noel’s lawyer Jason Foy said the case was “managed differently” by the government because of Epstein’s “infamous” status, and said his client cooperated by providing insight into the “toxic culture, subpar training, staffing shortages, and dysfunctional management” of the now-closed jail.

Thomas’ lawyer said last week that his client was happy the case was being dismissed, and looked forward to putting the matter behind him.