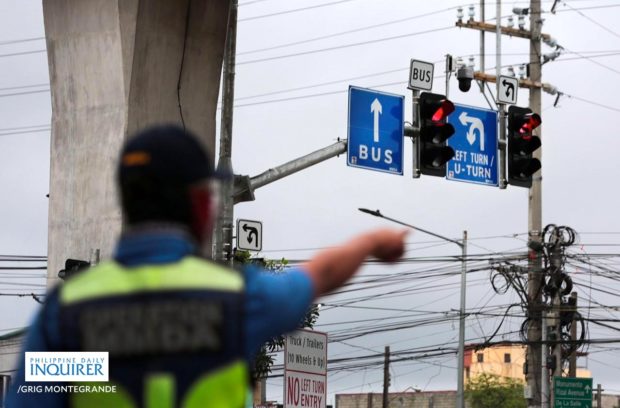 MANILA, Philippines — Unvaccinated individuals have been ordered to stay home as Metro Manila’s 17 mayors agreed to tighten mobility restrictions to head off an expected surge in COVID-19 cases after the Christmas holidays.

The Metro Manila Council (MMC), made up of the capital region’s 17 mayors and the head of the Metropolitan Manila Development Authority (MMDA), on Monday passed Resolution No. 22-01 urging the passage of local ordinances prohibiting unvaccinated individuals from going outside their residences, except for essential trips.

In a press conference, MMDA Chair Benhur Abalos described the new restrictions as similar to being under the enhanced community quarantine, “but only for the unvaccinated,” referring to the strictest lockdown classification under the old system the government adopted from 2020 up to early 2021.

Among others, the resolution asked cities and municipalities to bar the unvaccinated from indoor and outdoor dining at restaurants and other food establishments, and from leisure or social trips to malls, hotels, sports and other similar facilities.

They are also prohibited from domestic travel via public land, sea and air transportation, except to buy essential goods and services such as food and water, for work or medical and health reasons. However, they must present proof to support and justify each trip.

Unvaccinated individuals going to work will also be required to undergo an RT-PCR (reverse transcription-polymerase chain reaction) or swab antigen test every two weeks, at their own expense.

Those found violating these new protocols, the resolution warned, would be prosecuted under both the city ordinance as well as Republic Act No. 11332 (the law prescribing procedures on the surveillance and response to notifiable diseases, epidemics and other public health concerns), and be subject to fines ranging from P20,000 to P50,000 or imprisonment of one to six months.

The same rules also cover individuals who reside outside Metro Manila but work or travel to the region.

Appealing for understanding, Abalos assured the public that once Metro Manila reverts to a lower alert level, the restrictions for the unvaccinated would be lifted.

Top government officials on Monday backed MMC’s decision to restrict the mobility of those who are not fully vaccinated around Metro Manila.

“We know that those unvaccinated individuals pose a threat to the community, therefore, the decision is good,” Jonathan Malaya, spokesperson for the Department of the Interior and Local Government (DILG), said at the Laging Handa public briefing aired on state television.

Secretary Vivencio Dizon, presidential adviser for COVID-19 response, also backed the measure, saying it was better to restrict the unvaccinated rather than everyone.

The secretary said the Metro Manila mayors’ decision was very important considering that based on hospital data, most of those suffering severely due to COVID-19 were unvaccinated.

Trade Secretary Ramon Lopez also supported the MMDA’s decision to impose mobility limitations on the unvaccinated and grant privileges to the inoculated.

Lopez said the mobility restrictions for the unvaccinated could not be done in the past because there was a short supply of vaccines in Metro Manila.

“Now, we have an abundant supply [of vaccines] and therefore we can support this move,” he said.

The government’s pandemic task force will also review its alert level 3 guidelines, including those for minors, in light of the increase in the vaccination rate and the expansion of the government’s COVID-19 immunization program since the rules were first crafted, Malacañang said on Monday.

Nograles said in an interview over the ABS-CBN News Channel that when these rules were set in place, the vaccination rate was still low and children were not included in the vaccination program.

Puyat said the reports of quarantine breaches followed the first incident of a returning Filipino woman from the United States who went to a party in Makati City when she was supposed to be in isolation, in the process infecting seven out of her 15 close contacts.

The traveler in the latest incident also skipped the mandatory quarantine upon arrival in the country and even managed to have a home massage service, according to Puyat.

“She never checked in at a hotel, she just said that she did but she didn’t. She went straight to her condominium and she was even posting it (on her social media account) that she was having a massage. Proud na proud. We caught her, too,” Puyat said in an interview on CNN Philippines.

Reports of such protocol violations have prompted the DILG to order the Philippine National Police to conduct random checks on quarantine hotels to make sure that the individuals who are supposed to be isolating are not breaching protocol.

The police will ask the Bureau of Quarantine for the list of people who are supposed to be staying in quarantine hotels, Malaya said on Monday.

—WITH REPORTS FROM JEROME ANING, LEILA B. SALAVERRIA AND JEANNETTE I. ANDRADE