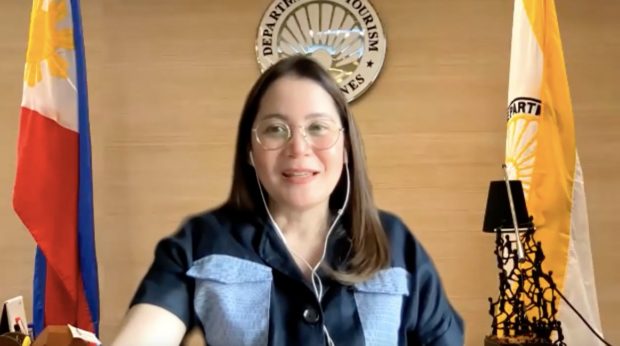 MANILA, Philippines — The Department of Tourism (DOT) has been receiving reports of alleged quarantine breaches even before the recent incident in Makati City—one of those arrested include a quarantine violator who took a massage and even shared it on social media.

(There is another case regarding someone skipping quarantine. We were given a name and in fact, the violator even shared on social media that they were getting a massage. The violator was arrested.)

Romulo-Puyat disclosed this following the incident involving a Filipina who arrived from the United States and was able to skip isolation to attend a party in Makati City.

The tourism secretary said they have also received reports of “absentee quarantines” in the past. However, they were not given any names in previous incidents.

(We have heard such reports in the past. At least now we have their names.)

(In the past we are just being told by those reporting them that they just heard about them. But like in media, we need a name to verify these. At least now, when someone reports, I always ask, please give us the names.)

Romulo-Puyat said they are now working with the Bureau of Quarantine, the Coast Guard, and the Department of the Interior and Local Government to look at various angles regarding absentee quarantines.

(We are always reminding hotels because we are hearing about reports of absentee quarantine.)

(Together with other authorities, we will just catch them in the act because hotels are always denying that they have these policies.)