Rainy, cloudy skies in most of PH on Monday – Pagasa 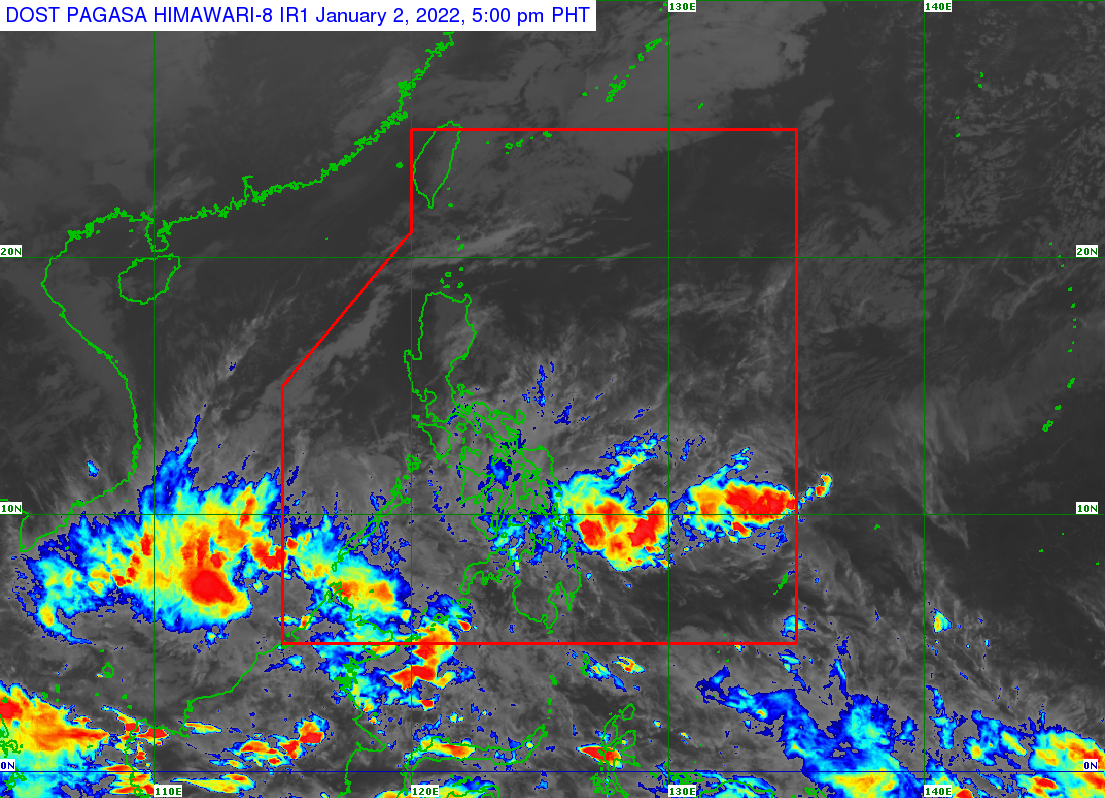 MANILA, Philippines — Overcast skies as well as rain are expected to continue in most parts of the country on Monday due to both the northeast monsoon and shear line, said the Philippine Atmospheric, Geophysical and Astronomical Services Administration (Pagasa).

(It is still cloudy with rain tomorrow in the eastern part of Luzon and also in the Palawan area due to the expected effect of the northeast monsoon and the shear line.)

(Here in the rest of Luzon, expect partly cloudy to overcast skies with isolated light rain.)

The entire Visayas and Mindanao, on the other hand, will also continue to experience widespread rain showers and cloudy skies.

Because of this, Perez warned the public in these areas to be wary of floods and rain showers especially because of the continued rains in the past several days.

The shear line is also expected to affect these parts, especially Eastern Visayas and Northeastern Mindanao in the next two to three days. Meanwhile, only 1 or no typhoons at all are expected to enter the country this January.

The temperature range in key cities/areas according to Pagasa for Monday: