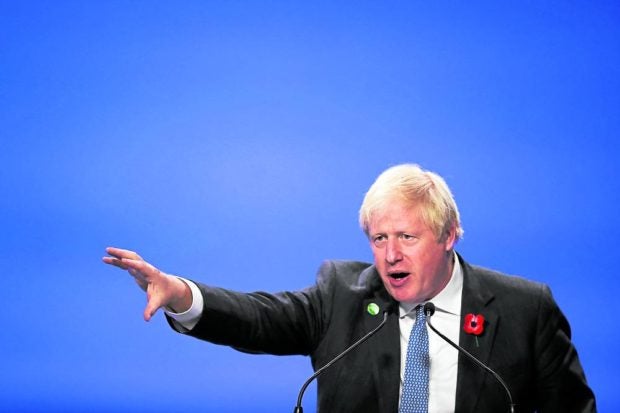 LONDON, United Kingdom — Britain’s health minister insisted Saturday reimposing coronavirus restrictions in England would be “an absolute last resort” and that the country must “try to live with COVID-19.”

The country is among those in Europe hardest hit by the pandemic, registering nearly 149,000 deaths. It counted almost 163,000 new cases Saturday, a slight dip after days of unprecedented daily tallies.

The UK government, which has responsibility for health policies in England only, has so far refused to curb socializing and large events, unlike the rest of Britain.

Northern Ireland, Scotland and Wales have all rolled out new rules since Christmas limiting gatherings, as the Omicron variant fuels an unprecedented nationwide surge in infections.

But Prime Minister Boris Johnson’s government in London insists the data does not yet justify such measures in England.

“Curbs on our freedom must be an absolute last resort and the British people rightly expect us to do everything in our power to avert them,” Health Secretary Sajid Javid wrote in the Daily Mail newspaper.

“I’ve been determined that we must give ourselves the best chance of living alongside the virus,” he added, noting the “enormous health, social and economic costs of lockdowns.”

Despite the record rise in infections, there has been a less dramatic rise in numbers admitted to hospital and then intensive care units, fuelling hopes that Omicron is less severe.

“I’ve been working closely with the NHS, to make sure it is ready and resilient for what lies ahead,” Javid vowed.

In England, the government last month mandated mask-wearing in most settings, working from home if possible and a COVID-19 pass system for nightclubs and large events.

But it has stopped short of the further measures seen in other parts of the UK.

Instead, it is relying on a stepped-up vaccination program, which saw every adult offered a third dose by end-2021 and around 60 percent of the eligible population getting a booster jab.

However, Education Secretary Nadim Zahawi said late Saturday the government would recommend secondary school students wear face coverings in classrooms and teaching spaces when they return next week as a “temporary” measure.

Writing in the Sunday Telegraph, he also conceded that “some remote learning will be necessary” as staff and pupil absences rise.

Meanwhile, the state-run National Health Service (NHS) is under increasing strain across Britain as hospital admissions reach levels not seen since last March.

Nearly 2,000 new patients were admitted in a single day earlier this week, according to the latest data released Saturday.

At the same time, more than 110,000 staff — nearly one in ten NHS workers nationwide — were absent from work Friday, the Sunday Times newspaper reported.

The Times said around 50,000 of those absent NHS workers were sick or self-isolating because of COVID-19.

“We still need to watch and wait,” Chris Hopson, the head of NHS Providers which represents hospitals in England, tweeted.

But he added: “Govt must be ready to introduce new restrictions at pace if they’re needed.”