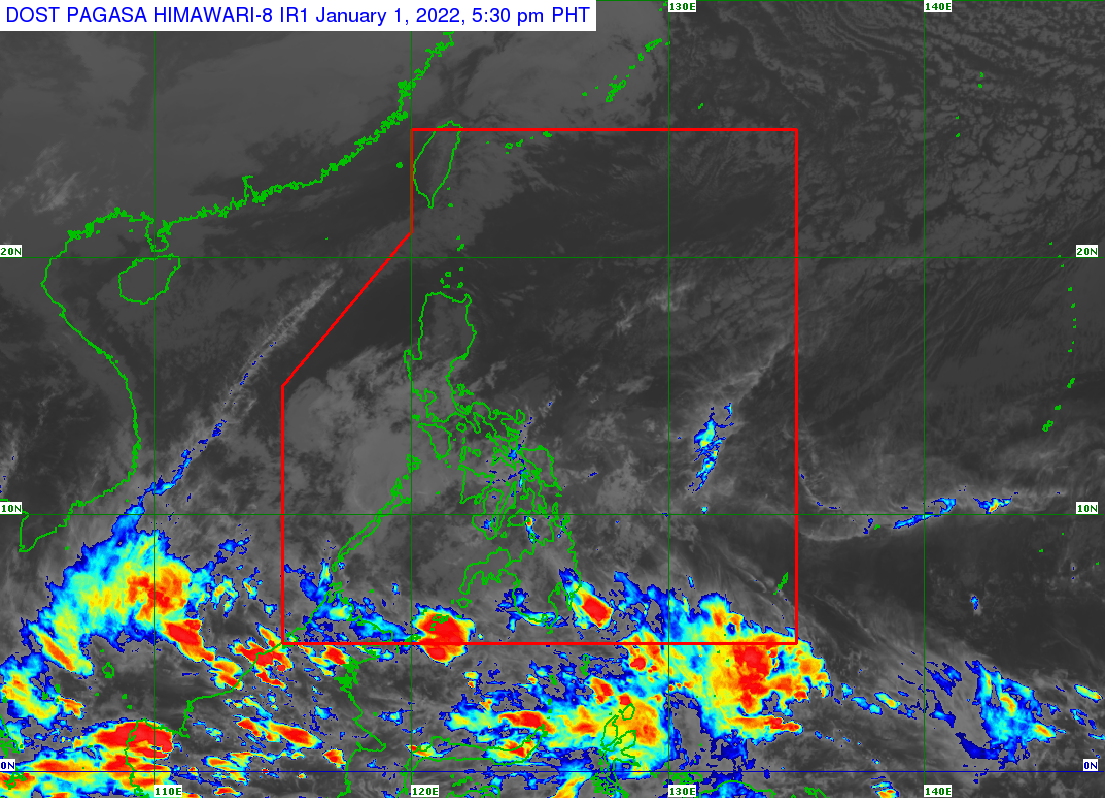 MANILA, Philippines — The northeast monsoon or “amihan” and a shear line are expected to bring cloudy weather and rain in Eastern Luzon and the entire Visayas and Mindanao, the Philippine Atmospheric, Geophysical and Astronomical Services Administration (Pagasa) said.

(Cloudy weather will continue bringing light rains in the Cagayan Valley, Quezon, Aurora and Bicol Region areas due to the northeast monsoon.)

The entire Visayas and Mindanao will also experience continued rains and cloudy skies as residents in Eastern Visayas and the northeastern portion of Mindanao are advised to be alert for landslides and floods.

Despite the continued rains, however, Pagasa said the first week of 2022 is expected to be typhoon-free as no storms or weather disturbances are expected to enter the country’s area of responsibility in the next three to five days.

The temperature range in key cities/areas according to Pagasa for Sunday:

Read Next
‘A dream’: New York rings in 2022 in the shadow of COVID-19
EDITORS' PICK
Beyond the Chocolate Hills: A farm-to-table, heritage culinary adventure of Bohol
A massive highway complex makes living in the South highly attractive
Guarding Sara: Why next VP is getting own security team
House energy committee chair Arroyo bats for cheap electricity
WHO says monkeypox is not yet a health emergency
Metro Manila logged most number of new COVID-19 cases — OCTA Research
MOST READ
Leon Barretto steps up for sisters, asks dad Dennis Padilla: ‘Please stop resorting to public shaming’
LOOK: Rita Daniela pregnant with first child
Marjorie Barretto to speak up on Dennis Padilla, kids’ relationship ‘in time’
Bea Alonzo, under lie detector test, says she wants prenup agreement with future husband
Don't miss out on the latest news and information.