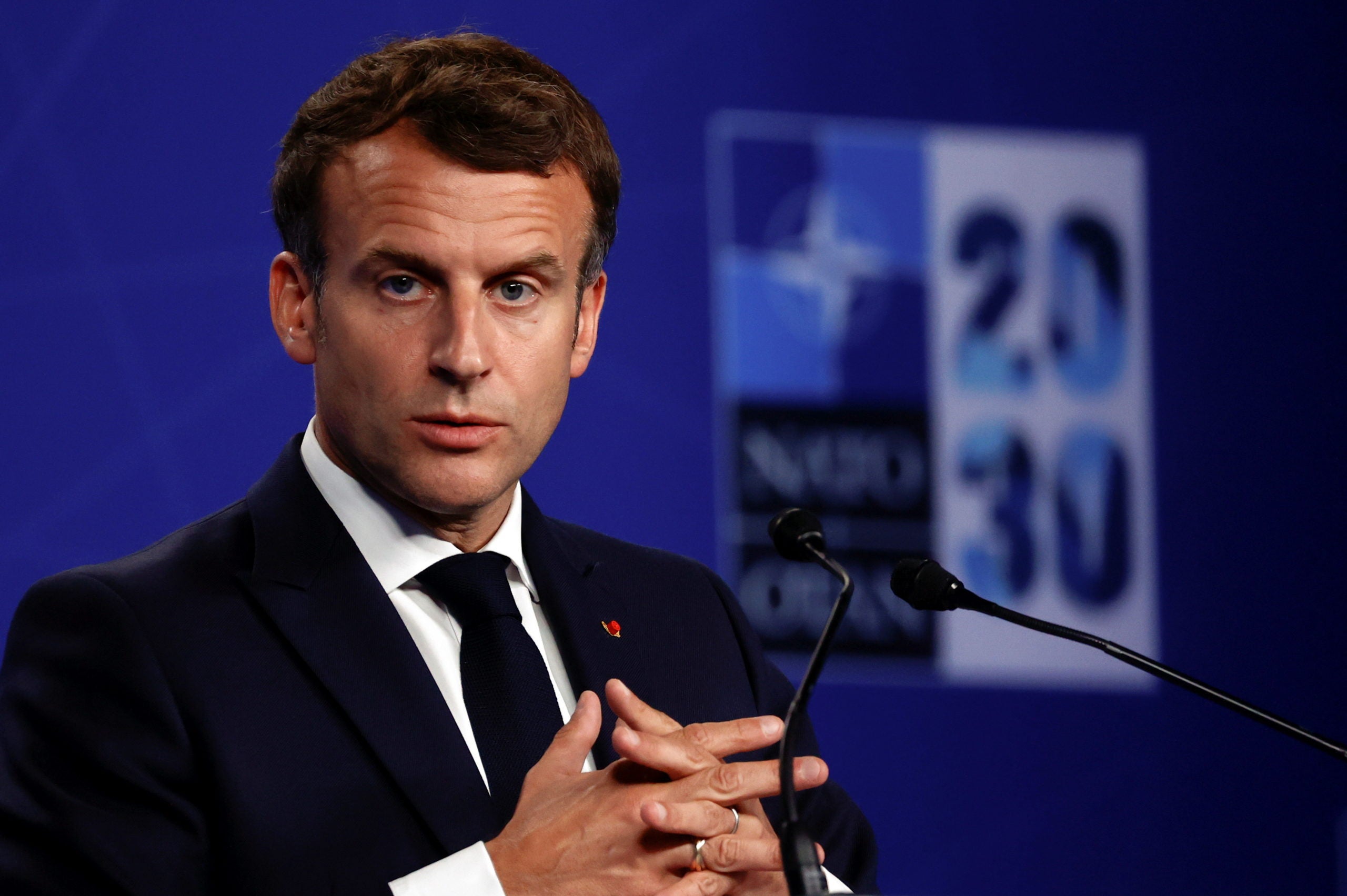 PARIS — France takes over the rotating presidency of the European Union on Saturday, affording President Emmanuel Macron the chance to pose as the EU’s de facto leader in the run-up to national elections in April.

The 44-year-old has never made any secret of his ambitions to be the motor for further European integration, serving over the last four years as a dynamic sidekick to the more steady German chancellor Angela Merkel in Europe’s power couple.

With Merkel now retired and the timely gift of the rotating presidency of the EU Council from January 1, Macron has announced an ambitious agenda for the 27-member bloc that could also serve his domestic campaign for re-election.

“The year 2022 must be a turning point for Europe,” he said in a New Year’s Eve national address that hailed the EU’s role during the Covid-19 crisis.

Referring to the French presidency, he vowed that “you can count on my complete commitment to ensure that this period, which comes around every 13 years, is a time of progress for you”.

The centrist, who made his Europhile views a key part of his political campaign when winning the presidency in 2017, is hoping it will again serve him in elections scheduled for April 10 and 24.

“The EU presidency gives him a welcome platform to put his European record to the forefront and differentiate himself from his rivals and bring new proposals, new ideas to the table,” said Claire Demesmay, an expert at the Marc-Bloch think-tank in Berlin.

Strutting on the international stage has also long been a popular move for any French president.

“The French like nothing more than the image or impression of France being ‘at the controls’,” said Pierre Sellal, a former French diplomat at the French mission to the European Union.

To mark the start of the six-month presidency, France illuminated historic buildings across the country including the Eiffel Tower and the Arc de Triomphe in the blue of the EU flag on New Year’s Eve.

Other observers have noted that the French logo for the presidency includes the letters U and E for “Union Europeene” with a grey arrow in the middle that appears to create another letter — a sideways M for Macron.

Each European country gets a chance at holding the rotating presidency of the Council, which gives the member state an opportunity to set the official agenda for fellow leaders in the bloc — within limits — and organize meetings of ministers.

But although the first French presidency since 2008 offers opportunities for Macron, it is also seen by observers as holding risks.

His agenda to make Europe “powerful” — in defense, technology or its own border security — risks being overshadowed in the short term by the accelerating Covid-19 health crisis.

Sebastien Maillard, director of the Jacques Delors Institute, a pro-EU think-tank based in Paris, says Macron will also face pressure to deliver after having ramped up expectations.

“He can’t get to the first round (of the presidential election) on April 10 without having obtained some results from the European presidency,” Maillard said. “That’s the challenge for him, but it can also be a real opportunity.”

European leaders are set to meet in Paris on March 10-11, which could be a chance for them to agree on a major reform of the bloc’s budget rules.

Much will depend on Germany’s new chancellor Olaf Scholz, whose coalition government is seen as skeptical on budget reforms, but supportive of Macron’s agenda.

France’s presidency is “an important opportunity we want to seize together to strengthen Europe and make it fit to rise up to tomorrow’s challenges,” German Foreign Minister Annalena Baerbock told AFP on Friday.

Other European leaders such as Hungary’s right-wing Prime Minister Viktor Orban, whom Macron labelled a “political opponent” in December, might be in no mood to bolster the French leader’s chances of re-election.

As symbolic head of the European Council, Macron will have to walk a fine line as he also launches his campaign for re-election, which is expected to be announced formally in February at the latest.

Sellal, the former French diplomat, said France’s partners would take a dim view of “attempts to instrumentalize the presidency for electoral reasons”.

Domestically, opponents have already accused Macron of electioneering and say he should have delayed France’s turn at the helm until after the elections.

“It’s a mistake. He’s doing it for his own interests, not those of France,” his rightwing rival Valerie Pecresse from the Republicans party said last month.

Eurosceptic opponents such as far-right figures Marine Le Pen and Eric Zemmour will also waste no opportunity to portray the whole exercise as meaningless.

“It’s been four-and-a-half years that he’s been in power and he’s obtained nothing and done nothing in the European domain, apart from achieving a sort of submission to Germany in the name of the Franco-German couple,” Le Pen told RMC radio in mid-December.

RELATED STORIES
As Merkel bows out, Europe seeks new leader
Macron: We love sausage, but let’s not waste time on this