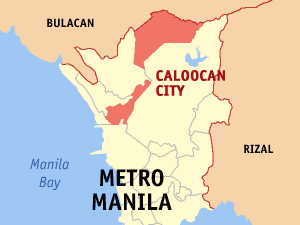 MANILA, Philippines — Three people were killed in a fire that occurred on early morning of Saturday, New Year’s Day, in Caloocan City.

The fire started at around 4:22 a.m. at a residential area at the Malonzo Compound on 4th Avenue, Barangay 49, the Bureau of Fire Protection said in a report.

The fire reached the first alarm and was placed under control by 5:02 a.m. and was declared out at 5:29 a.m.

At least 41 individuals or 13 families were affected by the incident as the blaze spread to three houses, the BFP said.

The blaze cost an estimated P50,000 worth of damage.

According to the BFP, the fire started on an old food cart and they are still investigating the cause of it.