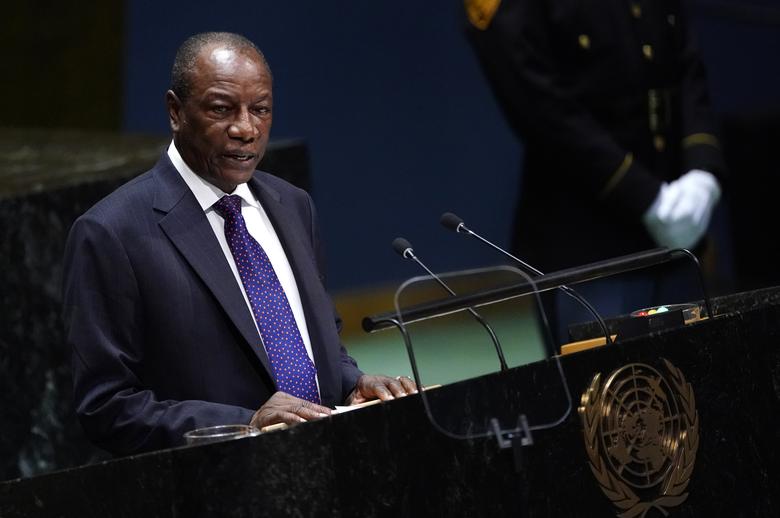 CONAKRY, Guinea — Guinea’s ex-president Alpha Conde, who has been detained since his ouster in a September coup, obtained authorization Friday to leave the West African country for a month.

A government statement read out on national television said that, in consultation with the regional bloc ECOWAS, “former President Alpha Conde is authorized to go abroad for a period of one month for consultations”.

The nature of the consultations was not given and no departure date specified.

The release of the 83-year-old Conde is one of the demands made by ECOWAS, along with the holding of elections within six months.

ECOWAS has suspended Guinea from its ranks and sanctioned individual members of the junta led by Colonel Mamady Doumbouya, who has been named transitional president of the mineral-rich but impoverished country.

Conde, who was in power for nearly 11 years, had come under increasing fire for perceived authoritarianism, with dozens of opposition activists arrested.

But the putsch in Guinea has sparked fears of democratic backsliding across West Africa — where military strongmen are an increasingly familiar sight.

The former president had been held incommunicado for 12 weeks until the junta allowed him to stay with his wife in the suburbs of Conakry. He remains under house arrest, according to the press.

The ruling junta had said in September that Conde would remain in Guinea.