MANILA, Philippines — Although the year 2021 has been challenging for most Filipinos, there were still a variety of stories that have gone viral online and have given inspiration, joy, sadness, pain, and even hope to people that there is still faith in humanity amid the pandemic.

This year, Be An INQUIRER, the official citizen journalism online community of INQUIRER.net, has also been an avenue for netizens to share their stories and news scoops – be it stories of success, unexpected encounters, breathtaking photographs, rescue operations, volunteer works, and photos or videos of their adorable pets.

Take a look at Be An INQUIRER’s top five featured stories of the year. 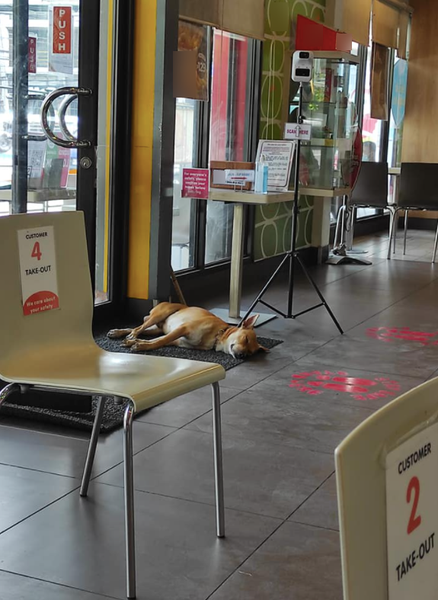 ​​Among the animal-related content featured on Be An INQUIRER’s social media accounts, this stray dog’s adorable photos became a hit as netizens were touched by how the fast-food restaurant staff members in Mendiola St., Manila made the stray dog feel at home by letting it sleep comfortably inside the establishment last April 30.

“From what I’ve been told, the dog actually lives somewhere nearby. And if I remember it right, Ronron is its name,” netizen Sumatsen Nelson Tungbaban, who posted the dog’s photos on Facebook, told the Inquirer.

Apparently, whenever it is already closing time, the dog always shows up at the store’s entrance. Tungbaban said the staff believes it is because of the time of the day: “Quite hot so he was attracted to the cold temperature inside [the store].”

Since the store was about to close at that time when the photos were taken, the establishment’s crew members let Ronron stay inside for a while, considering that it behaved nicely and stay just on the side of the doorway. 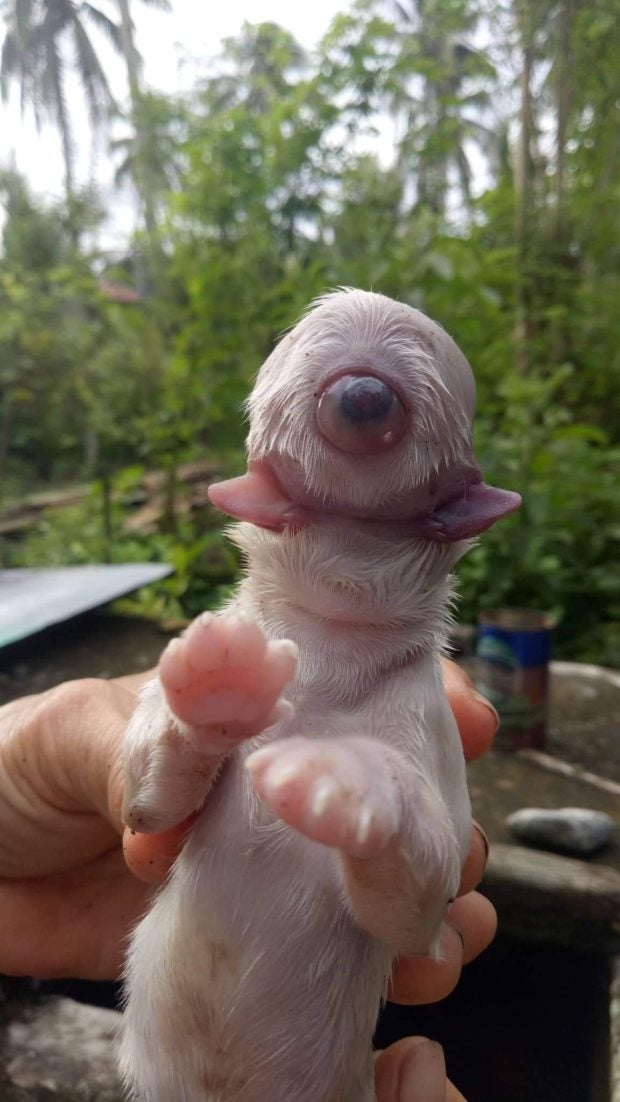 A puppy with a rare congenital condition that causes just one eye to be developed in the middle of the forehead was born in Tangalan, Aklan on February 6, 2021.

Photos of the unnamed newborn male pooch were posted on Facebook by its owner Amie de Martin, who also shared the news to Boracay Island News Network, a local news outlet in the province.

The cyclops puppy was said to be a mixed breed of an Aspin and Japanese Spitz, and is one of the six puppies that were born in the province that day. It does not have a nose and even its mouth was not properly developed. Due to its condition, the puppy did not survive and died shortly after birth. 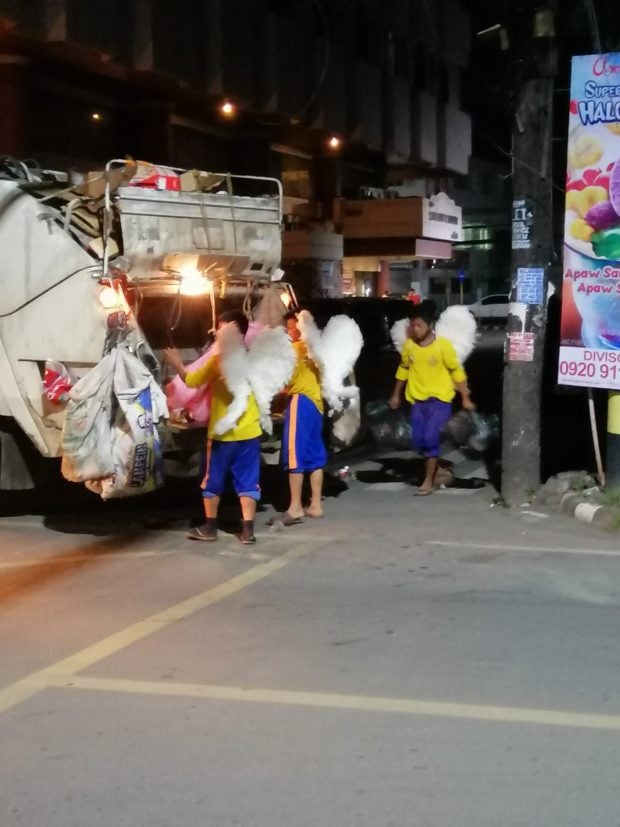 This photo of trash collectors sporting an angel wings costume on their duty has gone viral anew after it was featured by Be An INQUIRER last October 20.

Uploader Gboy Acha told the Inquirer in an interview that the white-feathered wings that the dustmen are wearing in the viral post were actually found in the trash. Instead of disposing of the items for good, the unknown men decided to put it on as a gimmick while collecting trash in the neighborhood.

Acha added that the unsung heroes, who have been providing an essential service to the community amid the pandemic, gave the spare angel wings to their children as a toy.

Their photo was first posted on March 20, 2021, but netizens are still outpouring their support for the three hardworking men to this day.

2. Loyal cat ‘waiting’ for its deceased owner to wake up 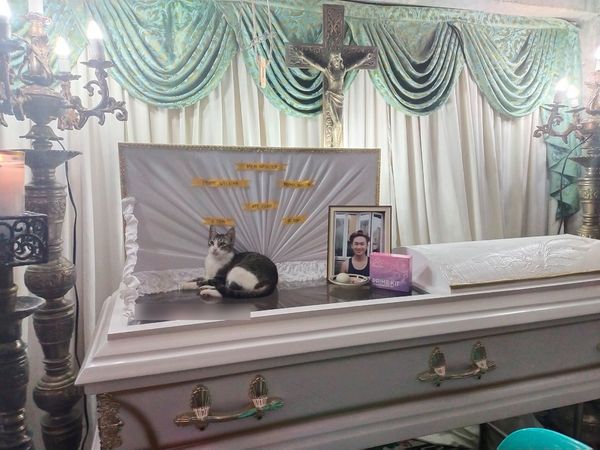 Unaware that its fur parent had already passed away, a cat from General Trias, Cavite refused to leave the coffin of its owner, as if waiting for him to wake up. Image: Courtesy of Cloie Binos/Facebook

Meet Terry, the loyal cat from General Trias, Cavite, whose photo was captured as she refused to leave the coffin of her owner, John Marc “JM” Binos, as if waiting for him to wake up.

Unaware that her beloved fur parent had already passed away last November 13 due to pancreatitis, Terry would frequently lay down on her owner’s coffin during Binos’ wake.

In an interview with the Inquirer, Binos’ sister, Cloie Binos, revealed that her younger brother and their cat Terry used to have an unparalleled bond. Their family has provided shelter for more than 20 cats and dogs who are all rescued from the streets, and Terry is the one who had been the closest to JM.

On the last day of Binos’ wake, his family let all of their pets, including Terry, have a glimpse of their beloved fur parent for the last time.

This amazing duo from Cebu City, namely Jade Abella Villavelez and Siegried Catipay, went viral as they brought a classical delight to the Christmas season when they serenaded a milk tea shop in Barangay Quiot Pardo last December 2 using the relaxing melody of a violin and a guitar.

A video of them was uploaded on Facebook by netizen Alex Lagrimas Yap, who was buying a drink from the shop when the two caught his attention as they play the popular Filipino Christmas song “Ang Pasko ay Sumapit.” The said song was derived from the Cebuano Christmas carol “Kasadya Ning Taknaa,” which was composed by Vicente Daclan Rubi with lyrics by Mariano Vestil.

These are only a few of Be An INQUIRER’s featured stories this 2021, which received the highest number of engagements from netizens. Come 2022, the Inquirer looks forward to sharing more interesting and heartwarming stories with everyone.

Join us and engage with your community by observing, understanding, and reporting fast and fresh local issues anytime, anywhere! You may send us your stories via inq.news/BeAnINQUIRER.

A year in crisis: A review of 2021’s biggest events