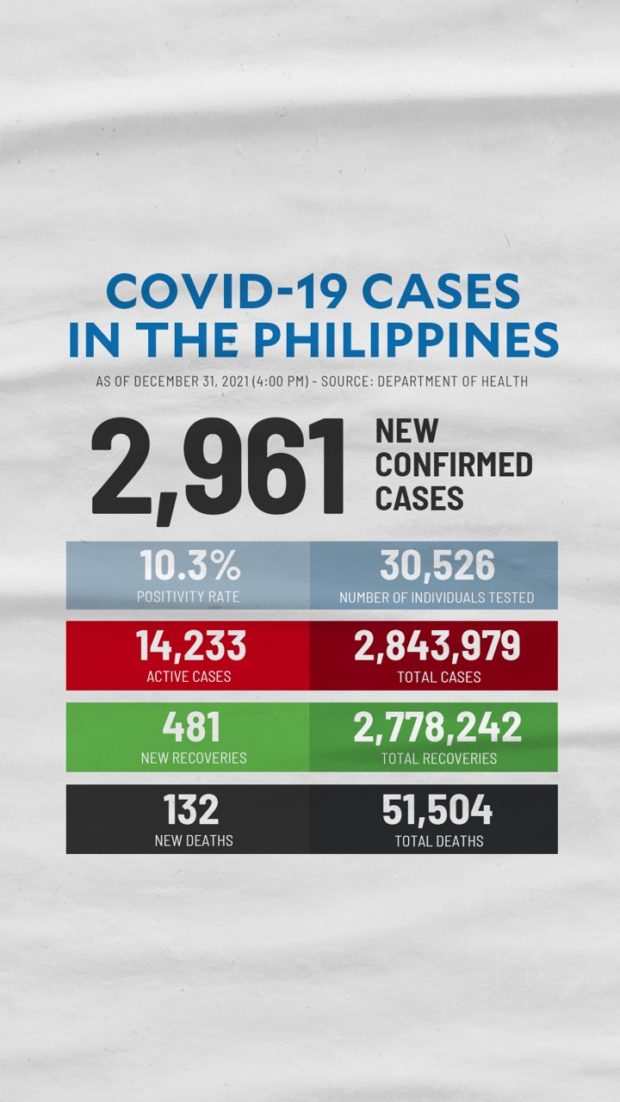 MANILA, Philippines — The number of new COVID-19 infections on Friday jumped to 2,961, the highest since Nov. 1, bringing active cases to 14,233, said the Department of Health (DOH).

The positivity rate also increased by 4 percent from Thursday’s 6.6 to 10.3 percent in the 30,526 individuals tested. This is double the World Health Organization’s threshold of 5 percent — which is supposed to indicate controlled transmission of the SARS-CoV-2.

These numbers were registered while two laboratories were not operational when the tests were conducted on Dec. 29, said the DOH, while six other labs were not able to submit their data to the COVID-19 Document Repository System.

The health agency likewise said that 10 duplicates were removed from the total case count, 7 of which were recoveries and one was death.

The DOH also said that it removed from the total case count the 232 cases that were found to have tested negative for COVID-19.
Moreover, the DOH said 117 cases that were previously tagged as recoveries were reclassified as deaths after final validation.