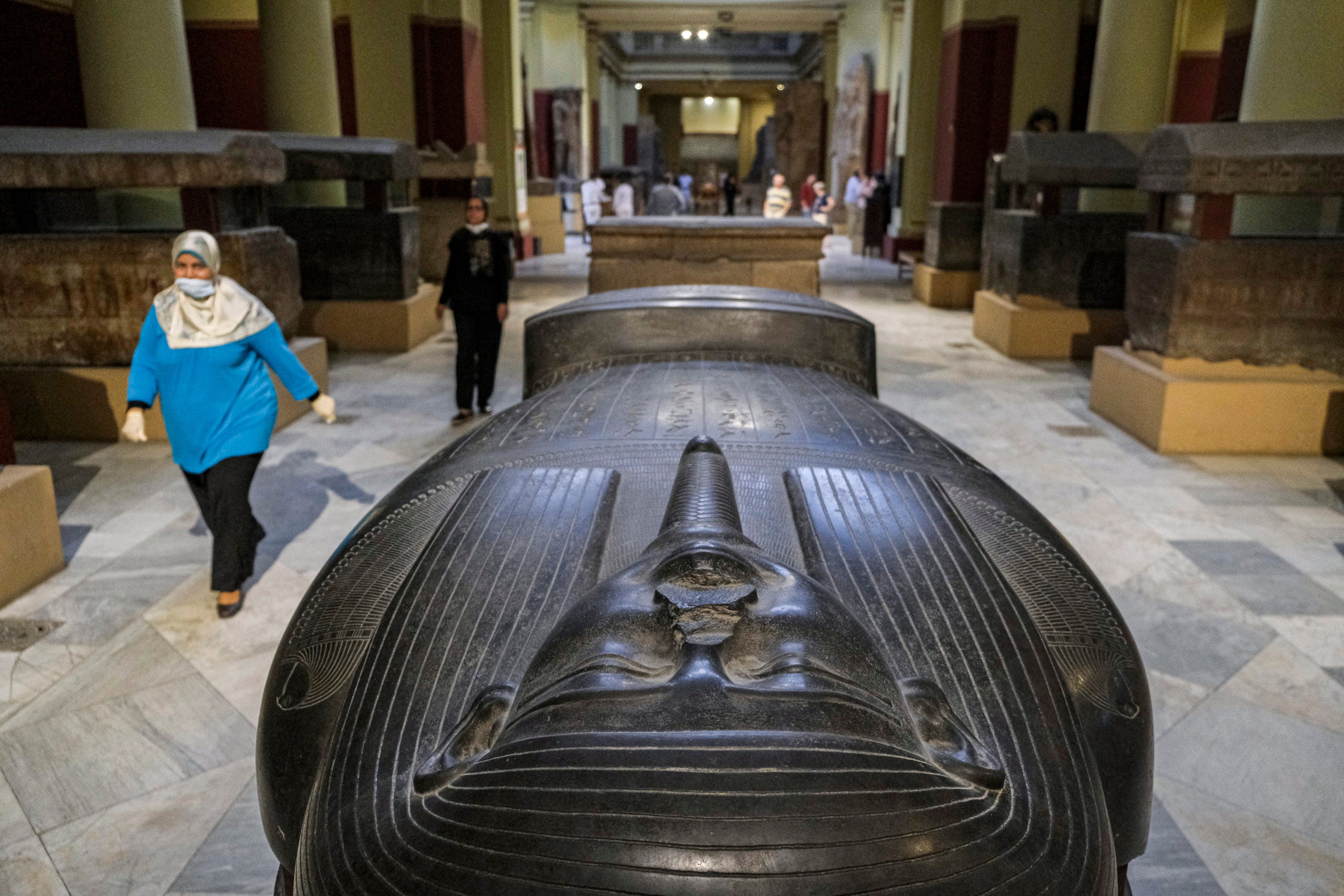 An employee walks past an Ancient Egyptian Late period (525-332 BC) stone sarcophagus in the Egyptian Museum in the center of Egypt’s capital Cairo on October 27, 2021. (Photo by Amir MAKAR / AFP)

CAIRO — Egypt has “digitally unwrapped” the mummy of famed Pharaoh Amenhotep I, revealing its secrets for the first time since it was discovered in 1881 without disturbing his funerary mask.

Thanks to the advanced digital 3D imagery, researchers unearthed new mummification techniques used for the pharaoh whose rule dates back more than 1,500 BC.

The research was led by Sahar Saleem, a professor of radiology at Cairo University, and the renowned Egyptologist Zahi Hawass, a former antiquities minister, the tourism and antiquities ministry said in a statement Tuesday.

“Saleem and Hawass used advanced X-ray technology, CT (computed tomography) scanning, as well as advanced computer software programs to digitally unwrap the mummy of Amenhotep I in a safe non-invasive method without the need to touch the mummy,” it said.

“The Egyptian study revealed for the first time the face of King Amenhotep I, his age, health condition, in addition to many secrets about the mummy’s unique mummification and reburial.”

Analysis showed Amenhotep I was the first pharaoh to be mummified with arms crossed and the last not to have had his brain removed from the skull.

The tomography scan revealed the pharaoh, who conducted several military campaigns during his 21-year rule, had died at the age of 35, apparently of injury or illness.

The mummy discovered in Luxor, southern Egypt, is the only one not to have had its tight bands unrolled by archaeologists, in order to preserve the mask and garlands of flowers that surround it like hair.

The same method of “technical unwrapping”, as described by Saleem, revealed in 2012 the “harem conspiracy” in which Ramses III had his throat slit, a conspiracy hatched by a wife seeking to have her son on the throne rather than the first-born of a rival.