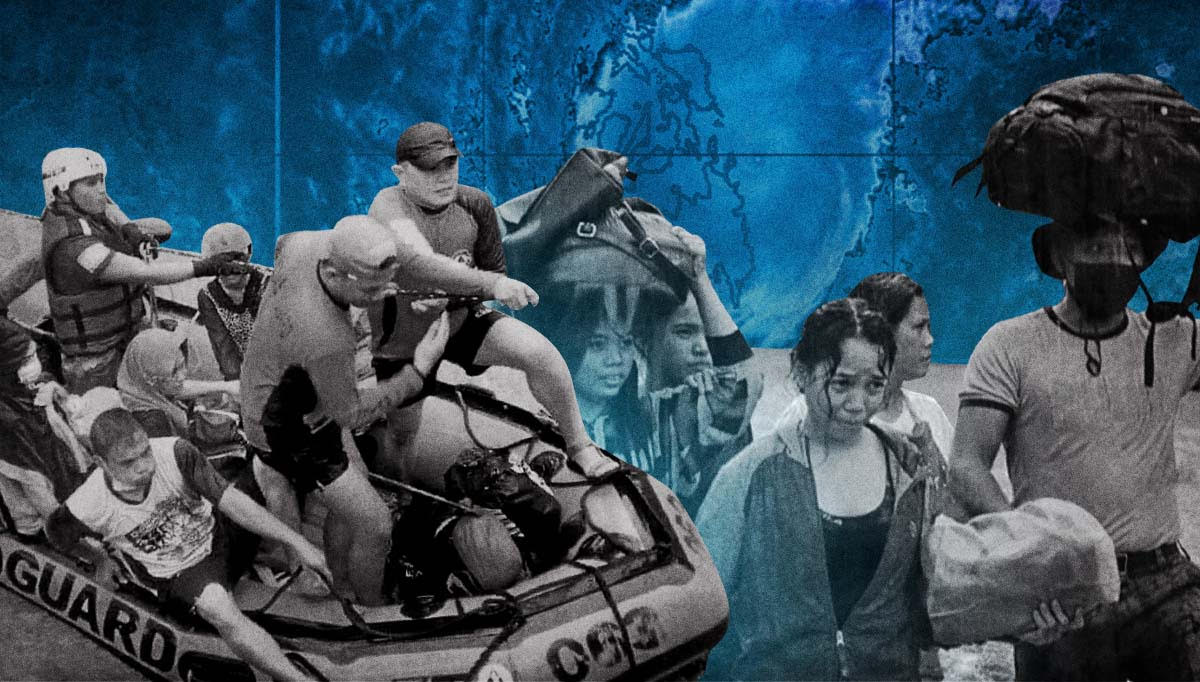 MANILA, Philippines—The United Nations agency handling humanitarian efforts on the ground for survivors of Super Typhoon Odette (Rai) is seeing what it said was a dire picture in the “trajectory of needs and the required scale of the response” to rebuild, provide relief and help millions of people get back on their feet.

“Needs are tremendous,” said Gustavo González, resident coordinator of the UN Office for Coordination of Humanitarian Affairs (UN-OCHA), which is directing international relief efforts for Philippine regions and provinces worst hit by Odette.

“Together, we are still grasping to understand the full impact on the lives of communities and the economy,” said González in a foreword to a report on the impact of Odette published online by ReliefWeb, the communications arm of UN-OCHA.

“As we look forward to 2022, the trajectory of needs and the required scale of the response paint a dire picture,” González said.

“Only days before many Filipinos expected to reunite with family and friends, they now depend on our solidarity,” González said.

Torrential rains, massive floods, Category 5 winds and storm surges left destruction in their wake in the Visayas and Mindanao when Odette made its first landfall on Dec. 16 and eight more afterward.

While the Philippine government has exerted massive effort, through its emergency response, UN OCHA said at least P5.4 billion more was needed in additional funding for humanitarian partners under the Humanitarian Country Team (HCT) to scale up assistance for typhoon-hit areas and residents.

In this report, INQUIRER.net would detail the immense impact of Odette and next steps needed to help millions of people, many of them already living below poverty line before the storm struck, get back on their feet in the middle of another still ongoing disaster—the COVID-19 pandemic.

“Overnight, the typhoon left thousands of families homeless, placing at risk some of the impressive social and economic gains made since recovering from the fallout of the COVID-19 pandemic of the past two years,” said González.

A few hours before making its first landfall on Dec. 16, Odette intensified into a Category 5 typhoon. Based on records of UN-OCHA, the super typhoon made nine landfalls in total and hit key areas in seven provinces, including:

The super typhoon, which left the Philippine Area of Responsibility (PAR) on Dec. 18, has become the “strongest storm to hit Mindanao in ten years and the third ever strongest recorded storm in the Northern Hemisphere,” according to UN-OCHA.

“Across the six provinces, where up to 46 percent of people live below the poverty line, at least 1.2 million people are affected and at least 101,000 houses destroyed/damaged,” said UN-OCHA in its report.

“More so, extensive damage and humanitarian needs are reported in Bohol and Cebu,” it added.

Citing data from the Department of Social Welfare and Development (DSWD), OCHA reported that more than 631,000 people had been displaced due to Odette.

“This includes 372,000 people in evacuation centers as well as another 259,000 people displaced with families and friends or in makeshift shelters,” the UN-OCHA report said.

“While houses made from light materials were hit the hardest, the typhoon was so strong at landfall that it also destroyed and damaged houses built with concrete,” said UN-OCHA.

It said some families who evacuated as a preemptive measure have already started repairing damaged houses.

The UN agency also noted that the typhoon has caused significant damage to health facilities, schools and essential services.

“Educational activities in 11 regions have been interrupted or suspended. With many schools damaged and others used as evacuation centers, it is of priority to ensure the return to school after the year-end holidays,” it added.

The latest data from the National Disaster Risk Reduction and Management Council (NDRRMC) painted a more grim picture of the aftermath of Odette.

As of Dec. 27, the number of individuals who died due to the impact of Odette has gone up to 389—most of whom were between ages 20 and 60 years old.

The NDRRMC also recorded 1,146 people injured by the catastrophic event, while 64 remained missing.

The government agency has also reported the following updates on the impact of Odette:

“I congratulate the government of the Philippines for their preparedness activities. The effectiveness of preemptive evacuation and early warning messaging saved many lives,” said González.

“The government of the Philippines made significant efforts to protect people and infrastructure, leveraging the investment made since Typhoon Haiyan in improved early warning and reinforcing the important leadership role played by local officials,” he added, referring to the international name of Super Typhoon Yolanda. 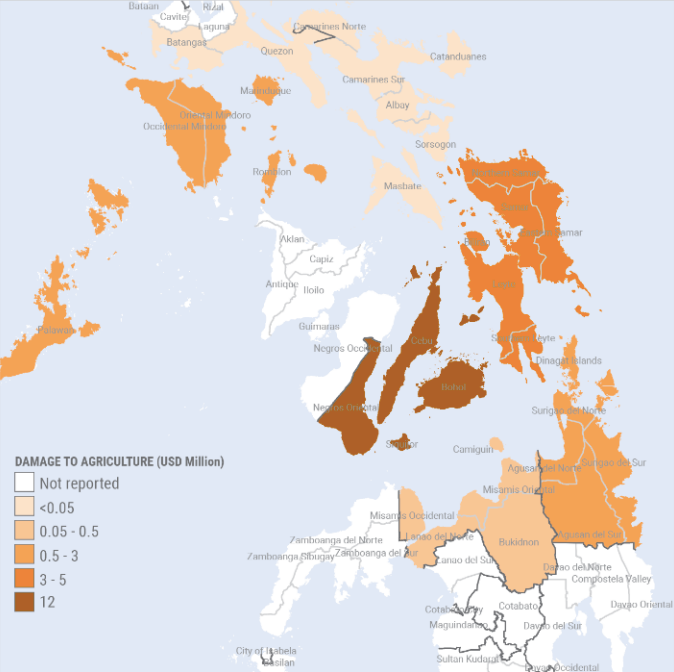 “The impact of Typhoon Rai is spread across several islands with diverse geographic characteristics and limited resilience,” the UN- OCHA report said.

“While storms typically make landfall in the southern parts of Luzon or the eastern part of the Visayas, Rai struck regions further south, which do not typically experience the brunt of typhoons,” it added.

“Planned pilots for school reopening have come to a halt, worsening the negative psychosocial and mental impacts caused by the COVID-19 pandemic on the lives of children,” he added.

To address these issues, including the need to urgently scale up the country’s humanitarian support, the UN-OCHA report said at least P5.4 billion more was needed to respond to the most urgent humanitarian needs for the next six months.

According to UN-OCHA, the level of priority was based on the initial findings of the government, HCT and results of the Joint Analysis for Disaster Exposure (JADE) developed by the Pacific Disaster Centre (PDC), WFP and OCHA on Dec. 15—which helped model the potential disaster impact on communities and the economy ahead of Odette’s landfall.

The HCT consists of the UN, nongovernmental organizations (NGOs), the Red Cross and Red Crescent Movement and the private sector.

“Combining poverty indicators and severe wind strength exposure, the document targets at least 530,000 people in the worst affected areas in Caraga and Region VIII, as well as in other hard-hit regions,” it added.

UN-OCHA said the Humanitarian Needs and Priorities plan will be revised in four to six weeks to reflect the needs based on additional assessments.

What each sector need

Here is the breakdown of the funding sought under the Humanitarian Needs and Priorities document: