‘Odette’s’ unsung heroes lose one of their own

A lineman, hailed as a ‘warrior of light,’ is electrocuted and dies while fixing post in Negros Oriental
By: Connie Fernandez-Brojan, Karlowe Brier - @inquirerdotnet
Philippine Daily Inquirer / 05:20 AM December 27, 2021 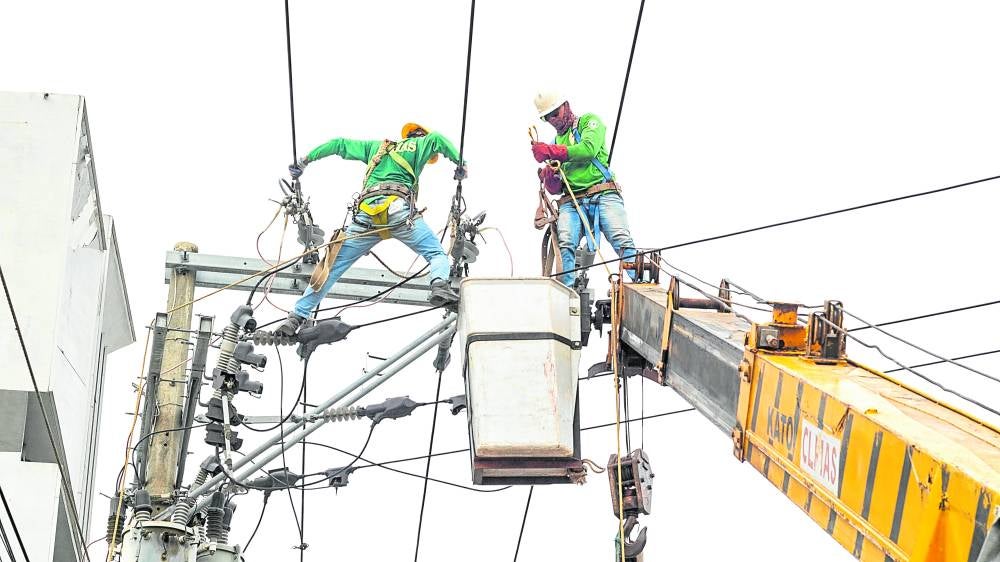 ROUND THE CLOCK Linemen of Visayan Electric Co. work 24/7 to be able to restore power in Metro Cebu which lost its electricity supply following the onslaught of Typhoon “Odette” (international name: Rai) on Dec. 16. As of Christmas Day, power has been restored in about 46 percent of Metro Cebu. —CONTRIBUTED PHOTO

TANJAY CITY, NEGROS ORIENTAL—Ronald Gallarde worked on Christmas Day because he wanted power to be restored on that day even in some parts of his hometown that had been badly hit by Typhoon “Odette” (international name: Rai).

But Gallarde, a lineman of the Negros Oriental Electric Cooperative (Noreco), did not live to see his dream come true.

Gallarde, 31, a resident of Tanjay City, died on Christmas Day, after he was electrocuted while trying to fix an electric post in Barangay Tugas that was toppled by Odette’s strong winds when it lashed through his city and across the Visayas on Dec. 16.

The lineman was on top of an electric post tapping a service drop wire when he was electrocuted, according to engineer Ernie Buenaflor, maintenance and operations manager of Noreco.

He was rushed to the Urgent Care Clinic in the city but was already dead when he got to the medical facility.

“It was an accident,” said Buenaflor, who called Gallarde a “warrior of light.”

Linemen have been among the faceless unsung heroes who work tirelessly round the clock to clear and restore power lines that have been toppled by strong winds spawned by Odette when it unleashed its wrath in the Visayas.

Electric utilities managed to restore power in portions of Cebu and Negros Oriental provinces as of Christmas Day, which in turn energized water pumping stations in Metro Cebu and restored water supply in some areas in the Visayan metropolis.

As of Dec. 26, power has been restored in some parts of the cities of Dumaguete and Tanjay, and the towns of Sibulan, Valencia, Bacong, Dauin, Zamboanguita, Amlan and Pamplona in Negros Oriental.

In Cebu, Visayan Electric Co. reported on its Facebook page that as of Dec. 26, it has energized a total of 18 Metropolitan Cebu Water District pumping stations and reconnected power to vital institutions, including hospitals.

The power utility, the second largest in the country next to Manila Electric Co. (Meralco), was able to energize 64,115 out of 474,182 affected customers and restored 251, or 46.1 percent, out of the 544 power line segments within its franchise area, which covers the cities of Cebu, Mandaue and Talisay, and the towns of Liloan, Consolacion, Minglanilla, Naga and San Fernando. 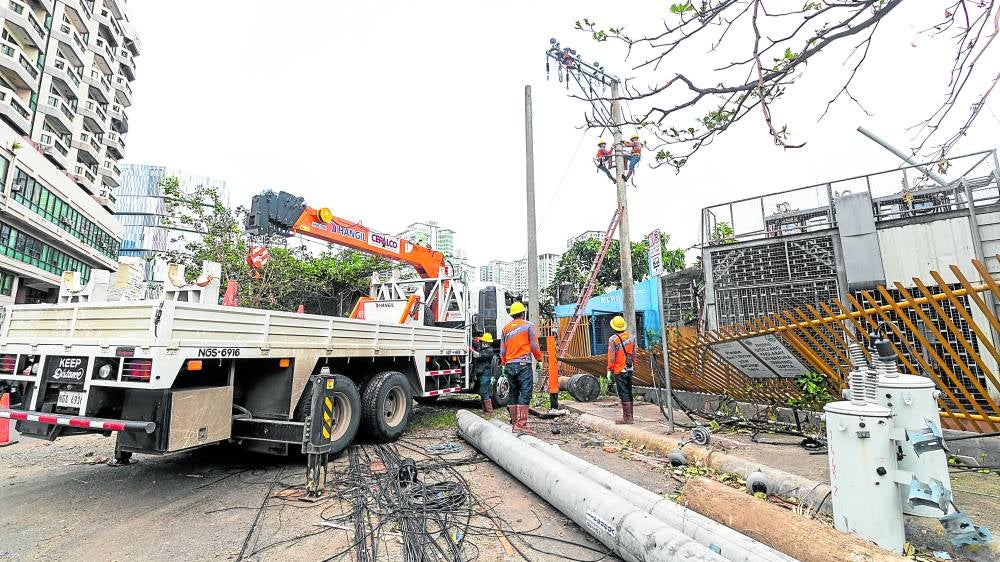 TIRELESS WORKERS Visayan Electric Co. linemen are joined by volunteers from Manila Electric Co. as they work tirelessly even on Christmas Day to replace posts toppled at the height of Typhoon “Odette” on Dec. 16 and restore electricity in Metro Cebu. —CONTRIBUTED PHOTO

Raul Lucero, Visayan Electric president and chief operating officer, said they were thankful to the linemen from Luzon and Mindanao who “choose to spend Christmas in Cebu, away from their families, just to help bring back power supply in Cebu.”

“We will not stop until power will be restored as soon as possible in all the houses and establishments under our coverage areas,” said Lucero in his Christmas message on Dec. 24.

Christmas is usually a break for linemen, except those assigned as emergency crew.

But several Visayan Electric linemen had to give up their Christmas break to work on restoration efforts in Metro Cebu.

One of them was engineer Roy Nuñez, a Visayan Electric team leader assigned to the crew that spent Christmas Day repairing the downed 69-kilovolt line along U.N. Avenue in Mandaue City.

“My family is sad that I cannot be with them to celebrate Christmas but this is my work. This is our work. It has been instilled in my mind and in the minds of my team members that we need to work, we need to help,” he said.

Baltazar Antido, the head of security for the Meralco team now in Cebu, knew that he would be away from his family on Christmas when he was told that he would be part of the team that came here help restore power.

His group—composed of 25 linemen, three coordinators and an emergency response team—arrived in Cebu on Dec. 18. Another team of 11 persons arrived on Dec. 23.

Antido, who has been with Meralco for 26 years, said he also missed his daughter’s 18th birthday because he had to go to Cebu.

“I’m sad that I am away from my family but we need to work,” he said. “My family is already used to it.”

Henry Macaso, team leader of a Davao Light contractor, was with a group of 28 people who were sent to Cebu to help.

He said it was difficult to be away from the family on Christmas but they had to do it because their help was needed.

“We are ready to help because, God forbid, we might be the one that would need help [in the future],” he said.

After their work was done, a Christmas meal of Cebu “lechon” was waiting for them.