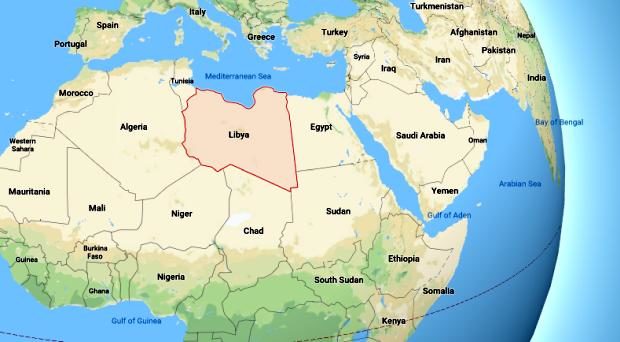 TRIPOLI, Libya — The bodies of 28 migrants have washed up on Libya’s western coast after their boat sunk, a security official said Sunday, the latest tragedy on the world’s deadliest migration route.

“Libyan Red Crescent teams recovered 28 bodies of dead migrants and found three survivors at two different sites on the beaches of Al-Alous,” some 90 kilometers (55 miles) from Tripoli, the source said.

“The bodies’ advanced state of decomposition indicates that the shipwreck happened several days ago,” he said, adding the toll could rise in the coming hours.

Images published by Libyan media outlets showed corpses lined up along the shore then placed in body bags.

Libya, wracked by a decade of conflict and lawlessness, has become a key departure point for African and Asian migrants making desperate attempts to reach Europe.

Migrants often endure horrific conditions in Libya before embarking northwards on overcrowded, often unseaworthy vessels that frequently sink or get into trouble.

The latest tragedy comes just days after 160 migrants died within a week in similar incidents, bringing the total number of lives lost this year to 1,500, according to the International Organization for Migration.

The IOM says more than 30,000 migrants have been intercepted in the same period and returned to Libya.

The European Union has cooperated closely with the Libyan Coast Guard to cut numbers of migrants arriving on European shores.

On their return, many face further horrific abuses in detention centers.