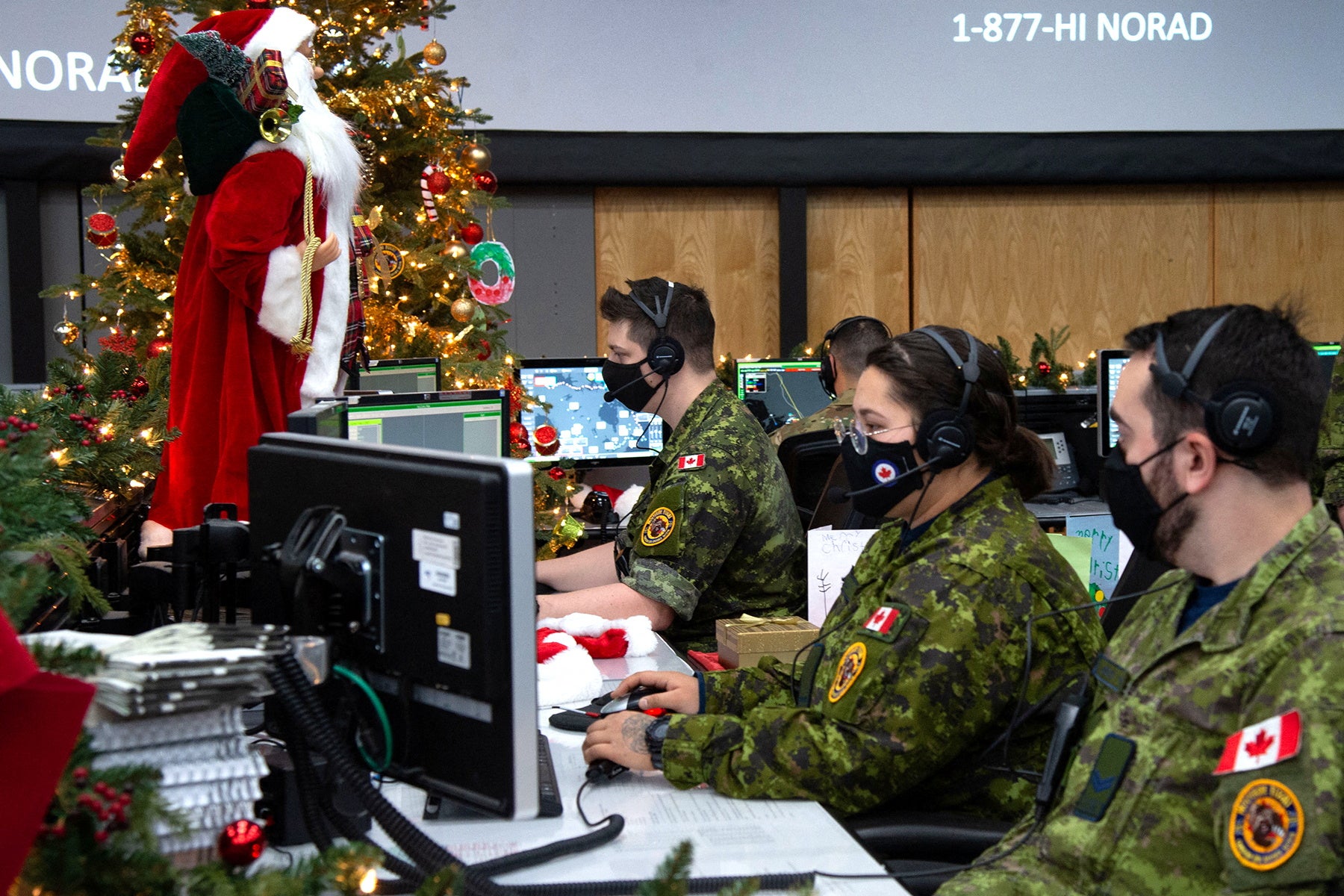 DENVER — Undaunted by pandemics, supply-chain woes and labor shortages plaguing Earth-bound commerce, Santa Claus was set to launch his reindeer-powered sleigh on Friday to deliver Christmas gifts to good girls and boys worldwide, according to military officials tracking his flights.

The joint U.S.-Canadian military command based at Peterson Air Force Base in Colorado Springs, Colorado, is charged with monitoring air defenses and issuing aerospace and maritime warnings.

NORAD’S Santa-tracking practice originated in 1955, when a Colorado Springs newspaper misprinted the number of a local department store for youngsters to call in and speak to Santa, mistakenly listing the number for what was then called the Continental Air Defense Command.

An on-duty officer took the calls and assured the children that Santa, also known as Kris Kringle or Saint Nicholas, knew of their wish lists and was on his way.

The annual tradition has continued for 66 years, becoming part of NORAD’s mission.

Followers of the jolly old elf can obtain real-time updates at noradsanta.org or through social media platforms. Or, they can call a NORAD-sponsored Santa hotline to speak with a live operator.

Other U.S. government agencies were likewise gearing up.

The U.S. Secret Service, responsible for protecting the president, also provides security for Santa, the agency said in a Twitter statement, accompanied by a video of agents preparing for Santa-protection duties.

“The Big Red Protective Detail is selected, assembled and stands ready,” the statement said. “The American public can rest assured that Mr. S. Claus, here from the North Pole, will travel safely and securely throughout his U.S. tour.”

In Ottawa, federal Transport Minister Omar Alghabra said he had cleared Santa for travel in Canadian airspace. Santa had his proof of vaccination ready and tested negative, the ministry said in a statement.

“Although his nose shone red and bright, Rudolph (the reindeer) made sure he had no COVID-19 symptoms before taking off on this important mission,” it added.