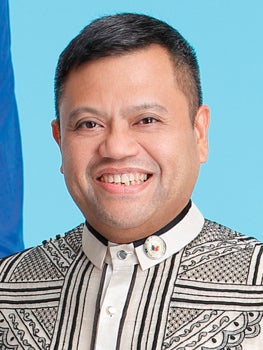 MANILA, Philippines — Surigao del Norte 1st District Rep. Francisco “Bingo” Matugas slammed what he dubbed as “trolls” and “fake news” while denying the alleged move of the local government in Siargao to put on hold the distribution of relief goods to residents who survived the fury of Typhoon Odette.

Several posts on social media urge the public to make donations through private groups and not through the local government, calls that stemmed from the alleged move of the local government to put on hold the release of donations and relief goods to Siargao residents. The goods were allegedly left stuck in ports and warehouses while typhoon survivors of the island suffered from hunger.

Matugas said in a statement that trolls “hope that donations will be turned over to their groups instead of letting resources go to the designated task force systematically helping Siargao recover.”

“It is unfortunate to hear misinformation about the work and relief efforts in Siargao. Some people are using fake news to cover up their inability to carry out relief efforts,” he said.

“They are using trolls to cover up their lack of coordination with relevant agencies and private benefactors. Trolling becomes a substitute for helping revive Siargao’s communities after the typhoon,” he added.

Matugas warned the public to be “wary” of what he called as “fake news” on social media.

“To troll factories, please note: the harm you are creating through social media must stop now. To people outside Siargao, beware of fake news when you come across it in social media,” he said.

“The relentless posting against relief efforts indicates that the trolls have too much time on their hands. They are not part of numerous tasks being carried out. They do not know the situation because they are not on the ground facing the challenges of relief work on a daily basis,” he added.

Some of the social media posts also accuse the local government of only selecting who will receive the relief goods, with priority given to supporters.

In a phone interview, Matugas denied this but admitted that some residents have not received relief goods.

(The comments are true that some have not received help yet because there are 54,000 families. The first relief that arrived was only good for 1,000 families.)

(We cannot accommodate all 54,000 families in the first delivery since only planes can reach the island at that time.)

Matugas said the local government will continue the relief distribution during the holidays.

“In Surigao itself, our manpower and resources are devoted wholly to the constant work of relief and recovery. Trolls sow confusion and exploit it to channel both resources and opinion towards politicking on social media,” Matugas said in the statement.

“There are more important things to do than fight with trolls. This does not mean that we will tolerate the deplorable behavior of these people online. We will take all actions, legal or otherwise, at the proper time,” he added.

Over 600 tourists repatriated from Odette-battered Siargao