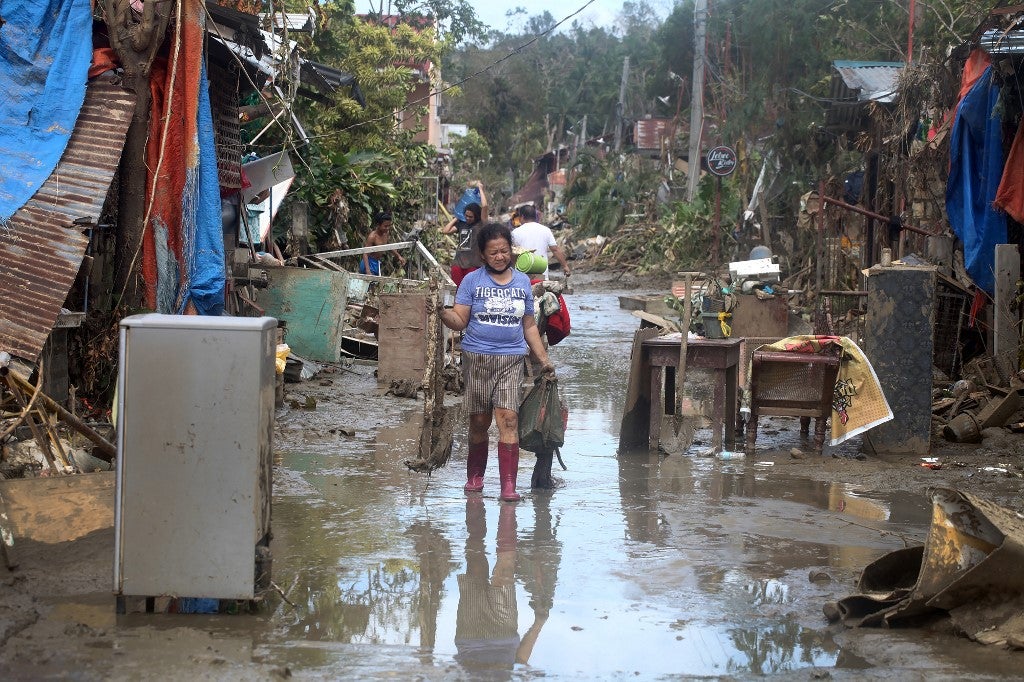 Residents clean their mudded houses caused by floodings due to heavy rains brought about by Super Typhoon Rai in Loboc town, Bohol province on December 21, 2021, days after the super typhoon devastated the province. (Photo by Cheryl BALDICANTOS / AFP)

LOBOC, Bohol — Troops raced Tuesday to deliver food and water to typhoon-ravaged islands of the Philippines as charities appealed for aid to help hundreds of thousands left homeless by the deadly storm.

At least 375 people were killed and hundreds injured when Typhoon Odette (international name: Rai) pummelled the southern and central regions of the archipelago on Thursday, wiping out wooden houses, uprooting trees and knocking out power across entire islands.

“Our food is about to run out, probably in a few days or tomorrow,” Simplicia Pedrablanca, a town mayor in the Dinagat Islands, told local radio station DZBB.

More than 400,000 people were sheltering in evacuation centers or with relatives, the national disaster agency said, after their homes were damaged or destroyed by the strongest typhoon to hit the country this year.

One of the hardest-hit islands was Bohol — known for its beaches and dive spots — where at least 96 people have died, provincial Governor Arthur Yap said on Facebook.

A state of calamity has been declared on the island where people sat under umbrellas next to their empty water drums.

Yap said the province had run out of money and pleaded for President Rodrigo Duterte’s government to send funds to buy food and drinking water for desperate families.

“If you won’t send money to buy food, send soldiers and police because there will be looting here,” Yap warned during an interview with DZBB.

While other parts of the Philippines celebrated Christmas, Bohol was “undergoing a Yolanda-like situation”, he added, using the local name for Typhoon Haiyan in 2013.

On nearby Negros island, Carl Arapoc, 23, told AFP there was no electricity in his city and his family was using “driftwood” to cook.

There has also been widespread destruction on Siargao, Dinagat and Mindanao islands, which bore the brunt of the storm, packing winds of 195 kilometers (120 miles) per hour.

“It was really, really bad, the strongest storm I ever witnessed in my life,” said Tal Oran, an Israeli living in the Siargao tourist town General Luna. 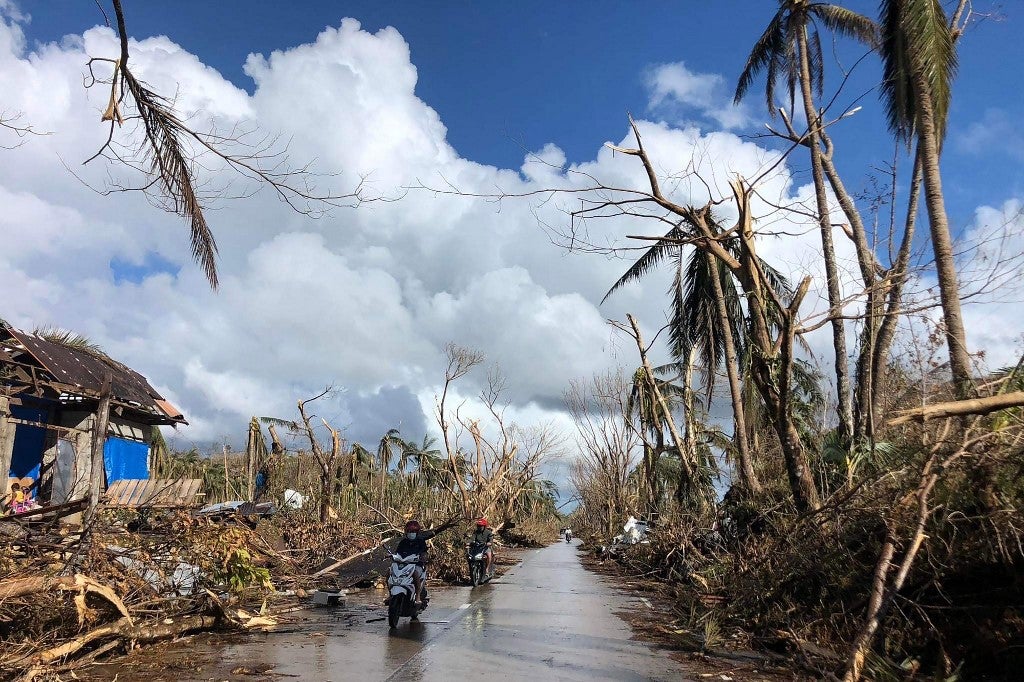 Defense Secretary Delfin Lorenzana has ordered the military to deploy ships, boats, aircraft and trucks to deliver food, drinking water and medical supplies to survivors, who have been struggling for basic necessities.

“The emergency appeal by IFRC helps us to act swiftly and do all we can to help people and families get back on their feet,” said Alberto Bocanegra, head of the International Federation of Red Cross and Red Crescent Societies in the Philippines.

The organization has appealed for $22 million to fund urgent relief and recovery efforts.

The UK has pledged around $1 million to the IFRC effort, while Canada promised about $2.3 million in assistance and the European Union nearly $2 million.

Hundreds of residents in Surigao City, on the northern tip of Mindanao, packed out an undercover basketball court on Monday to receive food handouts.

“Never in my entire life have I encountered such a typhoon,” said Catholic Bishop Antonieto Cabajog in Surigao.

“To say ‘super’ is an understatement,” he told a Catholic church-run news agency.

Odette hit the Philippines late in the typhoon season: most cyclones develop between July and October.

Another storm could be on the way.

The state weather agency warned a low pressure area was moving towards Mindanao and had a “30-40% chance to develop into a tropical depression”.

Scientists have long warned that typhoons are strengthening more rapidly as the world becomes warmer because of human-driven climate change.

The Philippines — ranked among the most vulnerable nations to the impacts of climate change — is hit by an average of 20 storms every year.

Typhoon Haiyan was the strongest storm ever to have made landfall, leaving more than 7,300 people dead or missing.

The death toll from Odette is not expected to get close to that number.