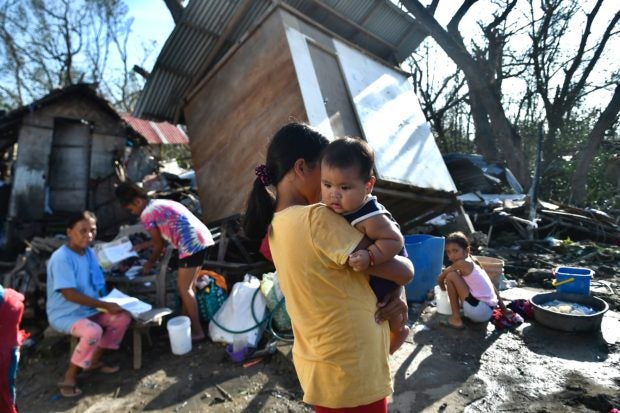 Nograles said President Rodrigo Duterte has instructed government agencies to “use all government assets we can” in order to provide for people affected by the typhoon.

Nograles said the Department of Social Welfare and Development already has P1 billion worth of pre-positioned goods in affected areas.

He said the Department of Public Works and Highways is already clearing roads in order to hasten the transport of the relief items.

Military assets will also be used for the delivery of supplies in affected areas.

In a statement, Nograles also said that Duterte visited Siargao Island in Surigao del Norte, Dinagat Islands, and Maasin City in Southern Leyte on Saturday to assess the damage caused by Typhoon Odette.

Nograles said Duterte ordered Bautista and Jalad to facilitate the delivery and transport of food and non-food items to affected areas; ensure immediate and stable delivery of food supply and water to devastated areas; deliver tents and tarpaulins to affected areas within 24 hours, and; implement food-for-work and cash-for-work programs to aid typhoon victims, as necessary.

Duterte likewise asked the National Housing Authority and the Department of Human Settlements and Urban Development to provide necessary assistance to families who lost their houses or whose houses were damaged.

Citing information from the Office of the Civil Defense, Nograles noted that over 200,000 families or 780,000 individuals were affected in 2,322 typhoon-hit villages.

Typhoon Odette has left 31 people dead, three injured, and one missing, based on the situationer report of the National Disaster Risk Reduction and Management Council as of Sunday morning.

Some provincial governments, however, have reported higher death tolls.