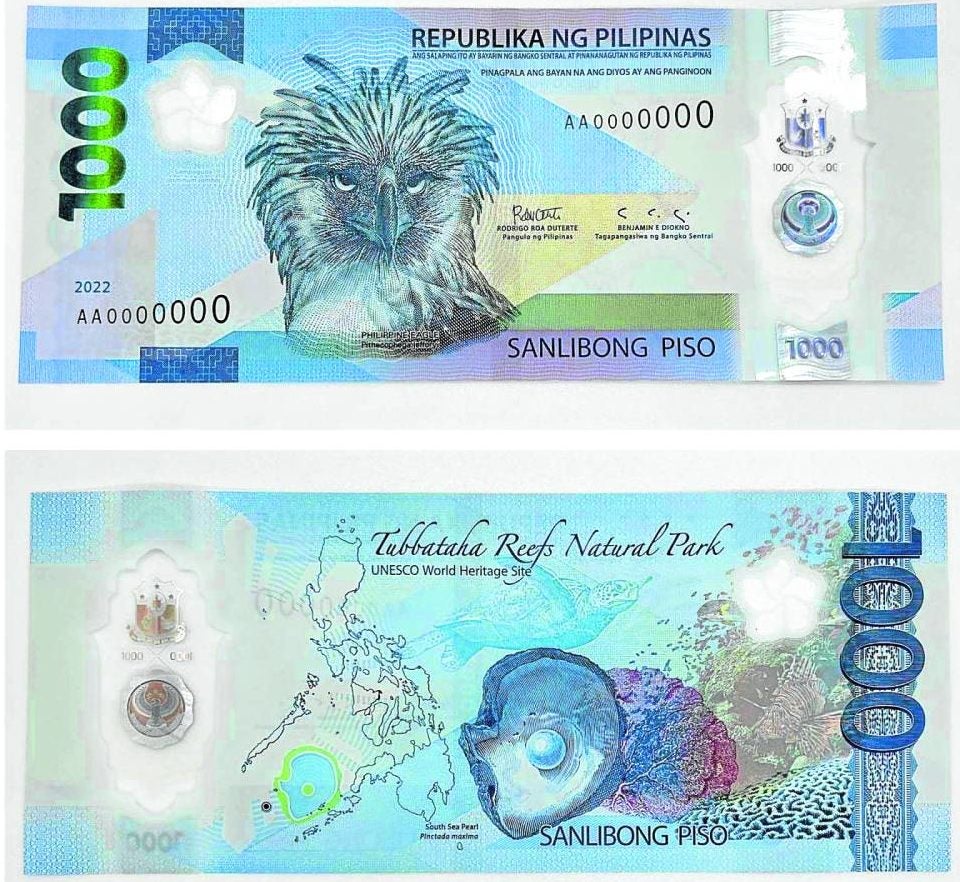 OUT NEXT YEAR A sample of the new banknote with its front side featuring the Philippine eagle. —PHOTO FROM BSP

The University of the Philippines’s (UP) history department has joined the chorus of voices urging the central bank to retain the images of World War II heroes Josefa Llanes Escoda, Jose Abad Santos and Vicente Lim on the P1,000 bill, as it likened the change to how the Japanese introduced the “Mickey Mouse” fiat bill during World War II without public consultation.

In a statement on Thursday night, the department’s faculty and members said they were “gravely concerned and dismayed” by the Bangko Sentral ng Pilipinas’ (BSP) decision to discard the three heroes in the new edition of the P1,000 bill.

It added that their erasure from the bill was a “slap on the face of our heroes.”

“It appears that by this act, the BSP is not only disregarding the Filipino symbol of its quest for nationhood and what it means through our heroes, the BSP is also trivializing this symbol,” the department warned.

Only one other historical event paralleled this moment, the department said: when the Japanese occupation forces replaced national currency notes with a fiat bill now known as the Mickey Mouse money bill.“Today, in the 21st century, under Filipino auspices, through the BSP, that act is being mindlessly repeated,” they said.

The department urged the BSP to reconsider its decision and to continue to honor the memory of these three heroes.

Abad Santos, Llanes Escoda and Lim had all fought against the 1942-1945 Japanese Occupation before they were eventually tortured and executed. To this day, their remains have yet to be found.