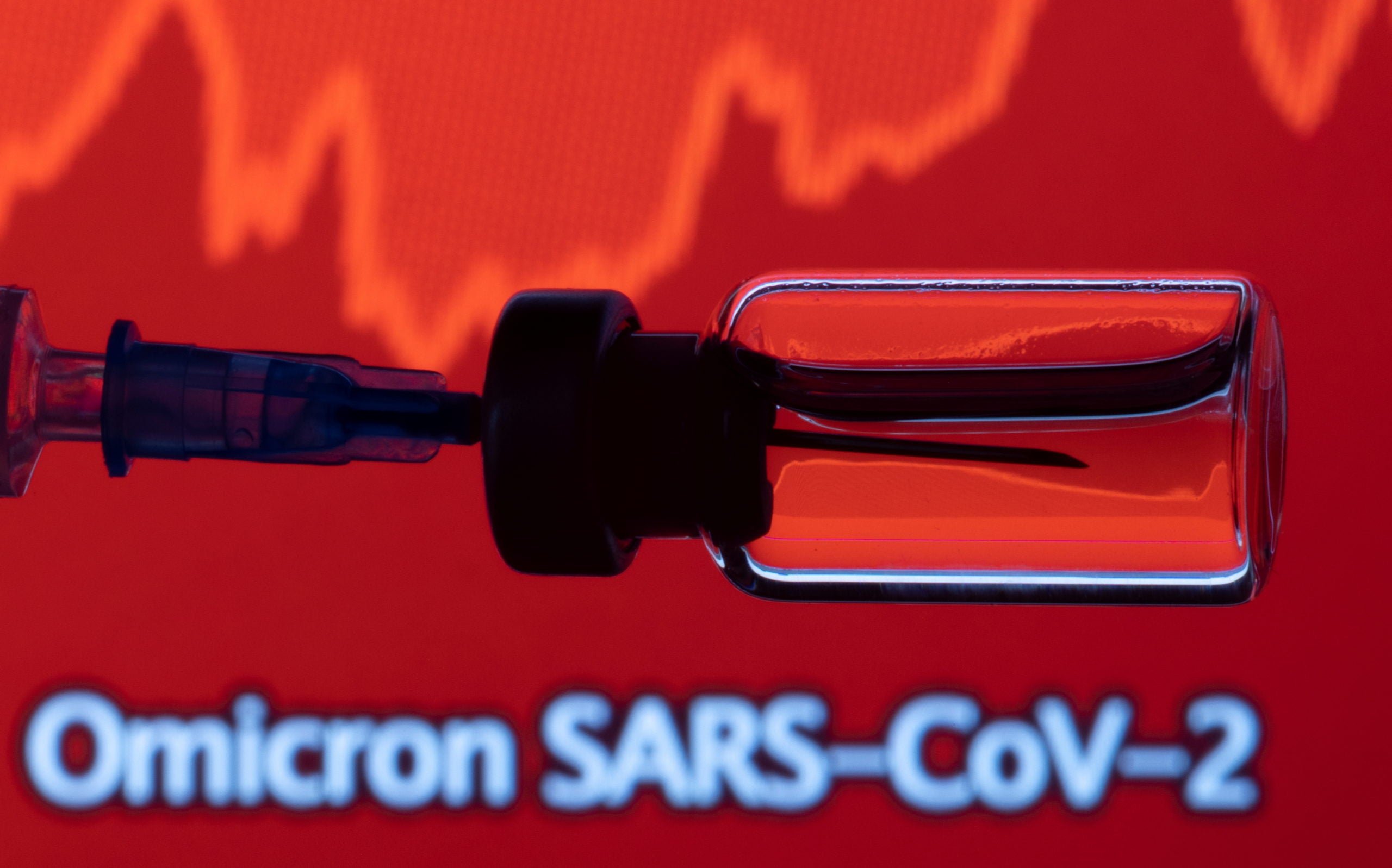 A vial and a syringe are seen in front of a displayed stock graph and words “Omicron SARS-CoV-2” in this illustration taken, November 27, 2021. REUTERS/Dado Ruvic/Illustration/file photo

The more transmissible Omicron variant of COVID-19 will “very likely” replace the dominant Delta variant in the country, according to the World Health Organization (WHO).

“Let’s look at how Omicron has been spreading across the world. It all points to the fact that … [it’s] even more transmissible than the Delta variant. It’s very likely that the Omicron variant is going to replace Delta variant as much as the Delta variant replaced the earlier variants—Alpha, Beta variants,” WHO Philippines representative Rabindra Abeyasinghe said in an interview over ANC’s “Headstart.”

“We have to prepare for that eventuality when the Omicron variant starts spreading in the Philippines,” he added.

The Department of Health (DOH) on Wednesday confirmed that two travelers were found infected with the Omicron strain—a returning Filipino from Japan and a Nigerian national. All their eight close contacts tested negative for COVID-19.

According to Abeyasinghe, the Omicron, which was declared as a variant of concern in November, has already reached 77 countries, including the Philippines.

“In fact, in some countries, they are predicting that Omicron will be the dominant strain in a matter of weeks,” he said.

And while initial reports were saying that the new variant causes mostly mild infections, Abeyasinghe said this should not make people complacent even as he cited the United Kingdom, which set a new daily record of over 78,000 COVID-19 cases.

Meanwhile, the DOH on Friday reported 582 new COVID-19 cases.The DOH said 54 percent or 315 of the newly reported cases occurred within the past two weeks while the rest were much earlier.

There were 494 people who recovered from the respiratory illness, bringing the total number of survivors to 2,776,727.

The death toll climbed to 50,570 with 74 new fatalities. Only nine out of the deaths, however, occurred in December, and the rest were recorded between February and November but were reportedly late for encoding, the DOH said.