MANILA, Philippines—A 71-year old Filipino-American who has been in detention for over five years again prodded the Court of Appeals to allow his release and rule in favor of his reacquisition of Filipino citizenship.

Walter Manuel F. Prescott was arrested in August 2016 for overstaying and was recommended for deportation. However, his deportation was not implemented due to pending criminal cases.

Prescott was born April 10, 1950, to a Filipina mother and American father when the 1935 Constitution was still in effect.

In 1973, the Constitution require that both parents must be Filipinos. Also considered as Filipinos are those who are already citizens at the time of the adoption of the Constitutional, those who elect Philippine citizenship pursuant to the provisions of the 1935 Constitution, and those naturalized in accordance with the law.

In Prescott’s case, he argues that he still had time to decide by the time the 1973 Constitution was enshrined, although it was deemed unnecessary as he was already a Filipino citizen according to the basic law.

Prescott worked at the World Bank in the US from 1983 to 2010. In 2006, he became a naturalized American citizen. Then, in 2008, he applied for reacquisition of Philippine citizenship which was granted.

Then, his former wife filed a complaint accusing him of illegally acquiring his citizenship.

In 2013, his Filipino citizenship was revoked by then Justice Secretary [now Senator] Leila De Lima. Prescott said he only learned of De Lima’s resolution when he tried to renew his Philippine passport.

While the Bureau of Immigration already has a deportation order, it cannot be implemented due to a pending criminal case before the Quezon City Prosecutors’ Office.

However, in a reply recently submitted to the Court of Appeals, Prescott through the Public Attorneys’ Office said certification from the Quezon City Prosecutors Office and several courts in Quezon City, Manila, and Pasig state that he has no pending criminal case.

“The warrant of deportation, not having been able to be executed, is functus officio [no longer in effect] and the alien (Prescott) is being held without any authority of law,” read its reply submitted to the Court of Appeals Tuesday.

Prescott filed a petition for habeas corpus before the Manila Court but was denied. The case reached the Court of Appeals who ruled against him. He is seeking a reconsideration of the ruling which government lawyers are opposing. 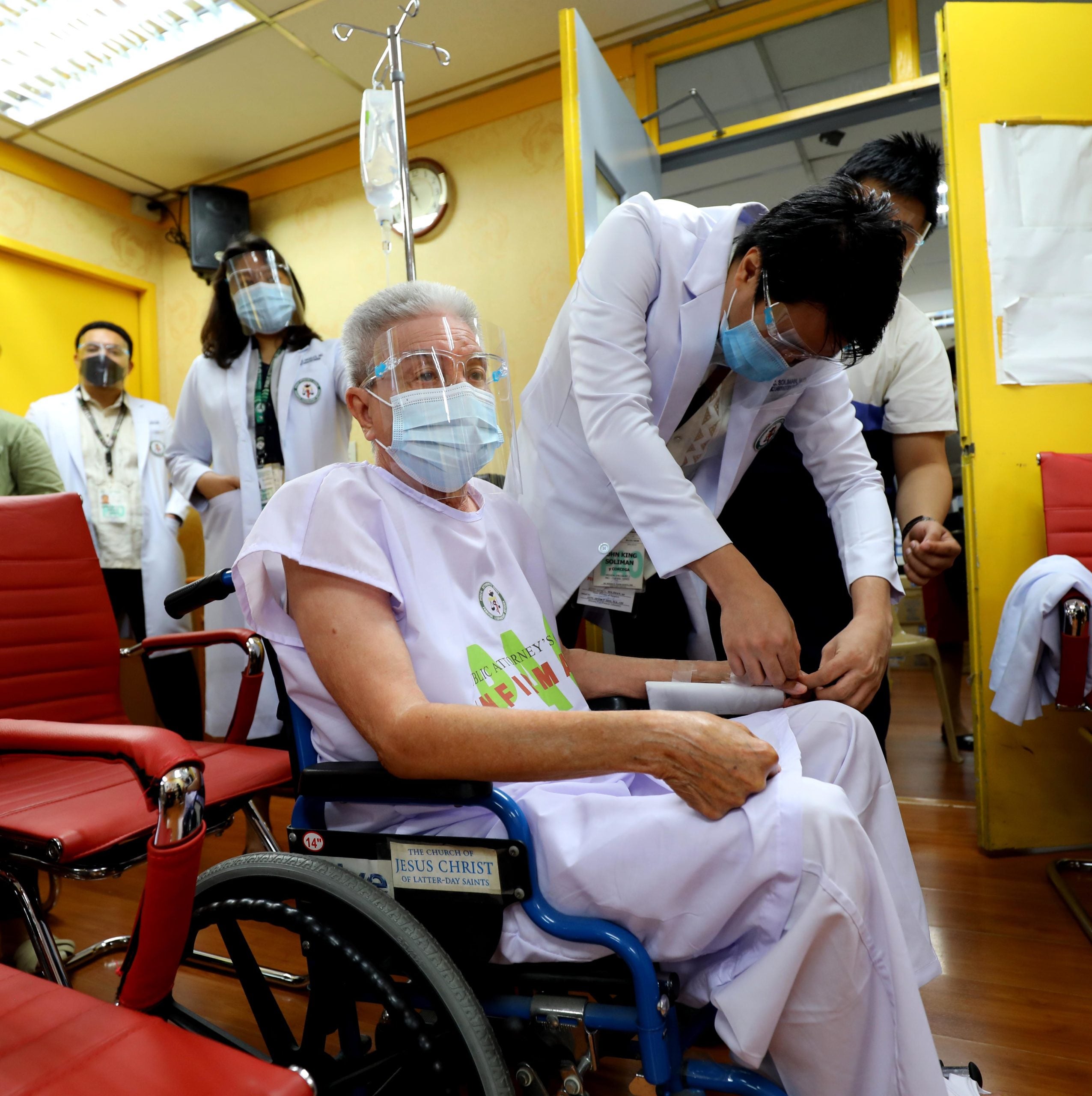 Walter Manuel Prescott, 71, has been in detention since 2016 after BI refuses to implement its deportation order. PHOTO from PAO