MANILA, Philippines — The Senate on Wednesday approved on third and final reading a bill that would allow foreign ownership of public services.

Voting 19-3-0 senators approved Senate Bill No. 2094, which aims to amend the Commonwealth Act No. 46 or the Public Service Act (PSA).

The bill seeks to revise the PSA by providing a clearer differentiation between “public services” and “public utilities” that will free public services not considered natural monopolies from foreign equity restrictions.

Senator Grace Poe, a sponsor of the bill, earlier explained that public utilities are to be treated as natural monopolies, which are constitutionally required to be 60 percent Filipino-owned.

Tollways and expressways were also included in those considered as a public utility during Tuesday’s period of amendments meaning that under the Senate measure, sectors not considered to be public utilities—such as telecommunications, airlines, and the domestic shipping industry—would no longer be covered by the citizenship requirement. 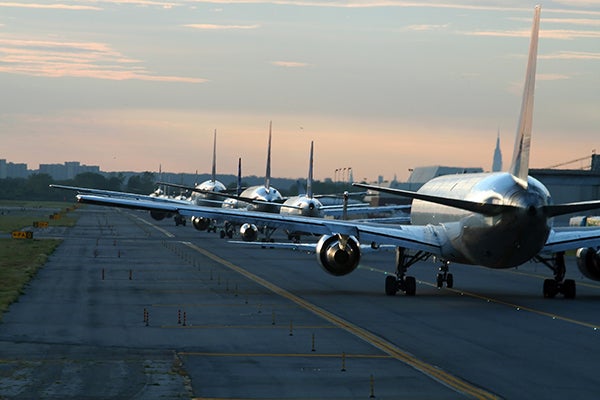 Sectors not considered to be public utilities—such as telecommunications, airlines, and the domestic shipping industry—would no longer be covered by the citizenship requirement./Shutterstock.com/Xavier Marchant via AFP Relaxnews

Railways and subways are also considered as public services under the bill.

Poe earlier explained that while public services that are not natural monopolies will be freed from such foreign equity restriction, they will not be excused from any of their other responsibilities as public service providers.

“I would like to point out that in this bid to liberalize our economy, we have taken national security concerns into consideration. We recognize that certain industries are critical infrastructures,” Poe also said during Wednesday’s session.

“Thus, transactions resulting in the control of such industries are subject to several layers of safeguards. The country is now open for business but it must be according to our terms and our specific needs,” she added.

These safeguards include prohibiting foreign state-owned enterprises from owning capital in any public service classified as critical infrastructure, and review of the foreign investments by the National Security Council.

The bill also contains a reciprocity clause stating foreign nationals shall not be allowed to own more than 40 percent of capital in public services engaged in the operation and management of critical infrastructure unless their country accords reciprocity to Philippine nationals.

Further, the measure proposes raising penalties for those who commit prohibited acts or neglect, with fines not less than the current value of the original fine based on the consumer price index, or imprisonment of not lower than six years up to a maximum of 12 years, or both.

Senate President Pro Tempore Ralph Recto and Senators Risa Hontiveros and Francis Pangilinan voted against the passage of the bill.

Hontiveros cited concerns over national security with the bill opening up “critical services” to foreign ownership.

“I support the objective of inviting more foreign investors who will infuse capital and know-how for the improvement of our public utilities. I accept the principle that Congress has the power to define what services are a public utility and which ones are not,” she said.

“I commend the sponsor and my colleagues for continuing to reserve our common carriers (our buses, jeepneys, taxis) and our seaports and airports mainly to Filipinos and to companies whose maximum foreign ownership is limited to 40 percent,” she added.

However, she said she was “saddened” that the bill would allow complete foreign ownership of “many other critical services.”

“By allowing 100 percent foreign ownership we are opening our phones, and all our internet-connected devices, appliances, and critical public facilities to a foreign state and non-state interests that may have malevolent designs on our national security,” she said.

“The face of conflict and warfare has been irreversibly altered and I fear that we have just brought our guards down,” she added.