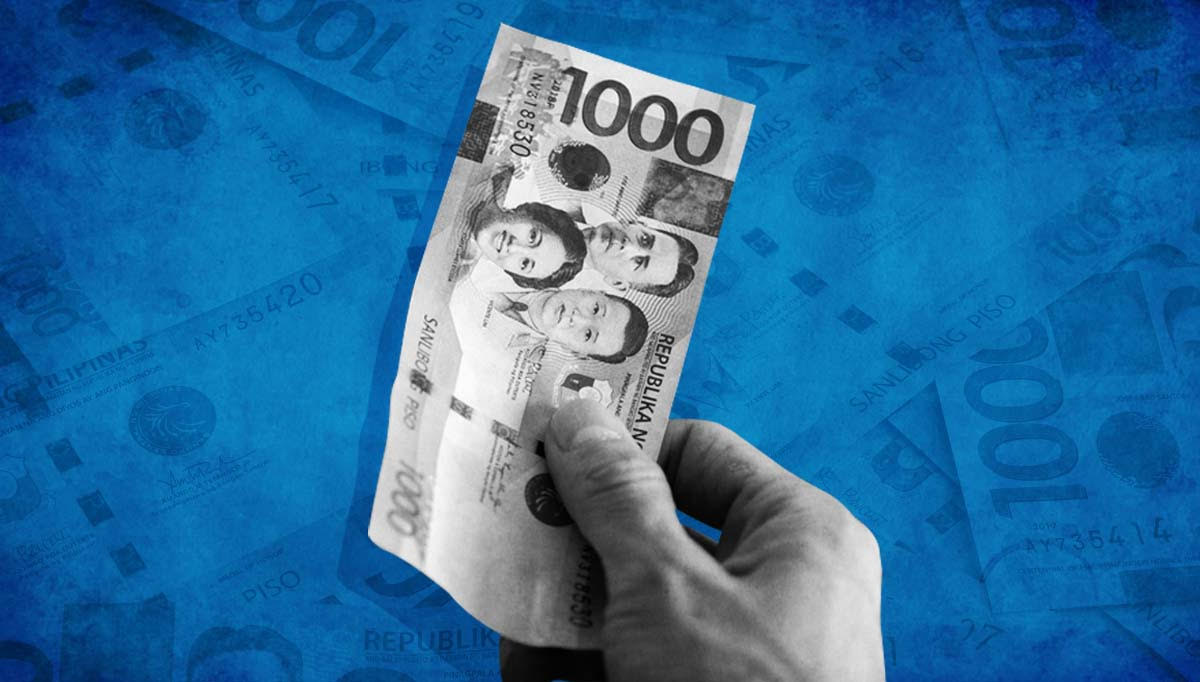 MANILA, Philippines—It was in 1991 when the Bangko Sentral ng Pilipinas (BSP) released a P1,000 bill with the images of Jose Abad Santos, Josefa Llanes Escoda and Vicente Lim.

In 2010, 20 years since the bank note was released, the images of the World War II martyrs were still visible on the BSP’s New Design Series which was first made public in December 2010.

This, as the BSP, in its Primer on the New Generation Philippine Currency, said in 2010 that the bills “pay tribute” to Filipinos who had significant sacrifices in the past and highlight world heritage sites and iconic natural resources in the Philippines.

However, as the BSP initiated the shift to polymer in making bank notes, the images of Abad Santos, Llanes Escoda and Lim disappeared from the new design which now shows the Philippine eagle (Pithecophaga jefferyi). 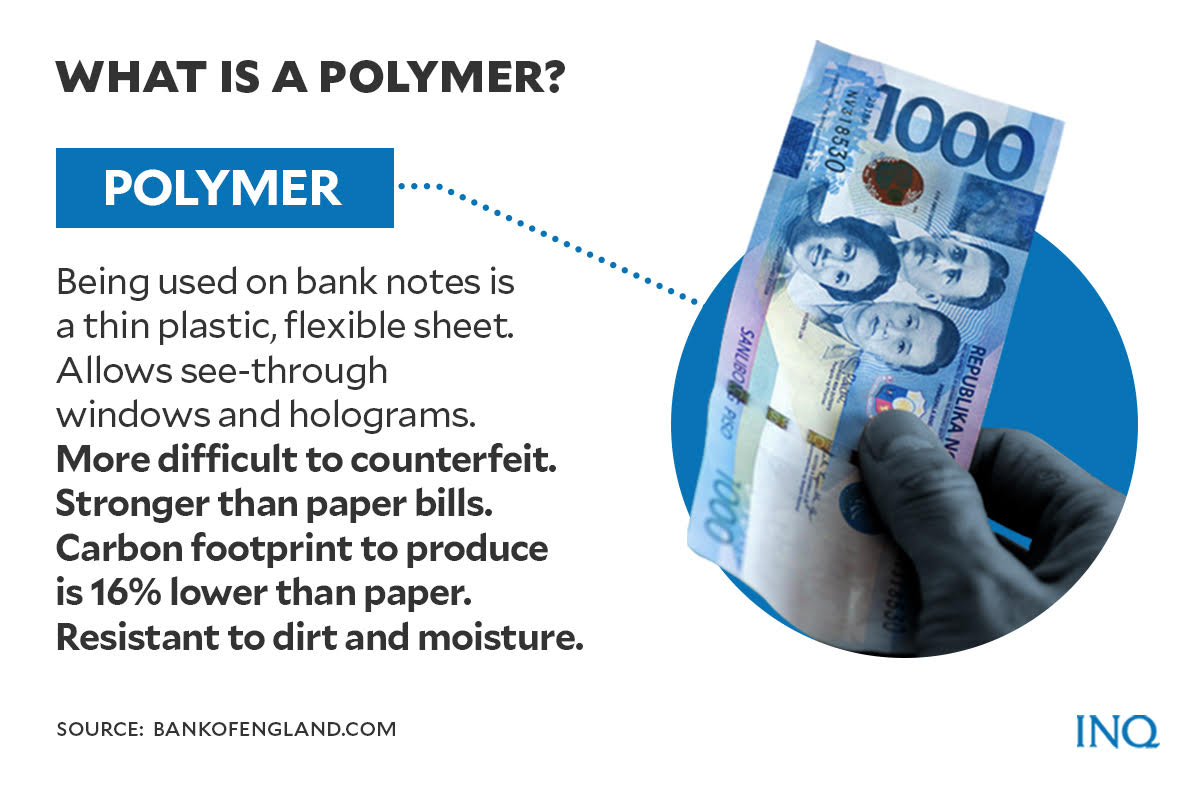 BSP Governor Benjamin Diokno said the new P1,000 bill, which will be released in April 2022, is the first in a new series that “will focus on the country’s rich flora and fauna.”

He said the new design was given consent by the National Historical Commission of the Philippines while the BSP’s Monetary Board and the Office of the President already licensed its release.

This, however, irritated some people, including Desiree Benipayo, the great grandniece of Abad Santos who said that striking out the images was “very telling [of] how this government treats our heroes and martyrs.”

She said on Facebook that “love of country, self-sacrifice, and valor are but a few of the values that Filipinos are reminded of every time they see the three World War II heroes” on the P1,000 bill.

READ: Nancy Binay wants Congress, NHCP to have a say in design changes in coins, bills

The BSP, in selecting a new design, said it has a Numismatic Committee that initiates design studies and proposes upgraded security features for consideration by its Monetary Board which in turn submits these to the President for final approval. 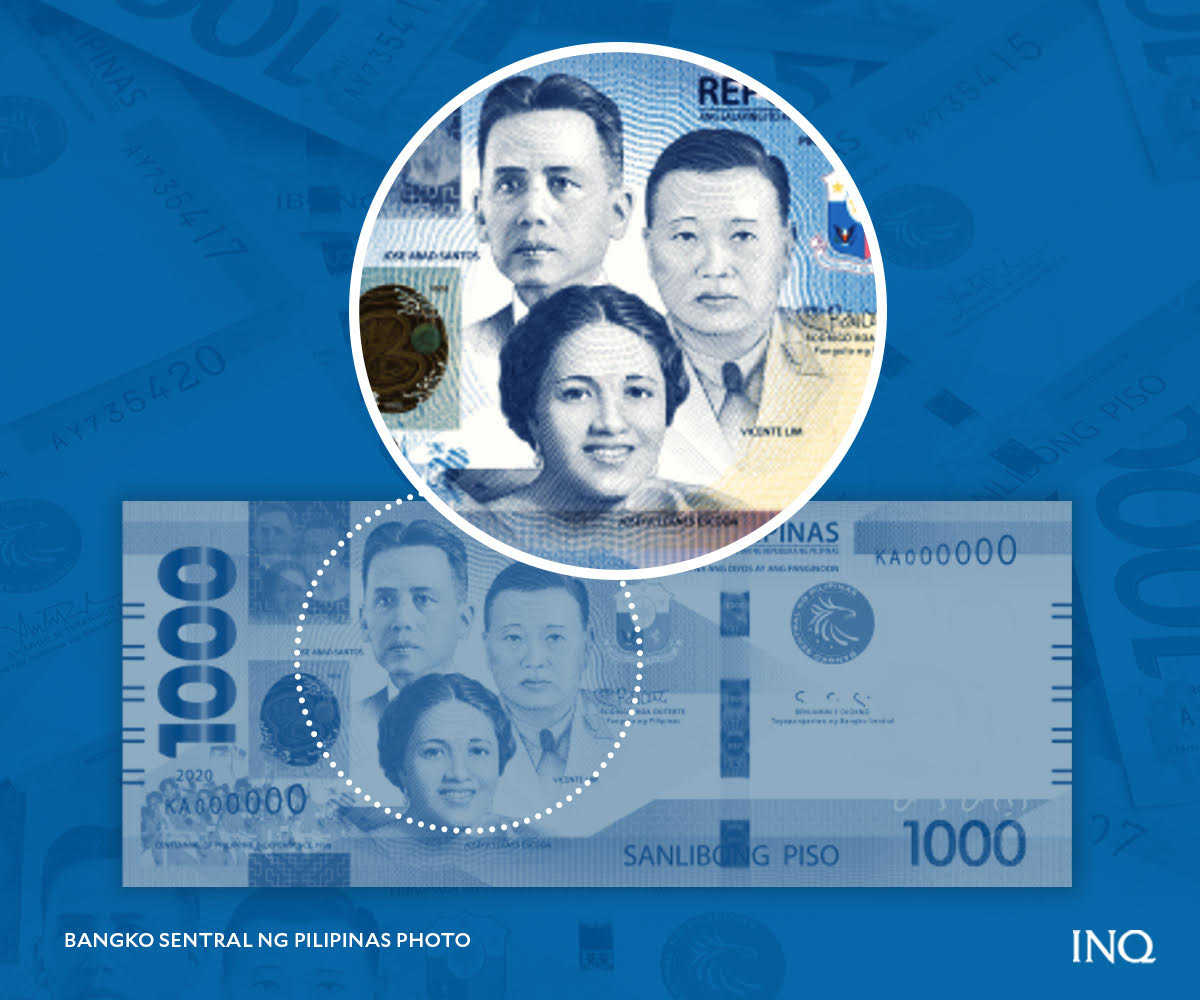 Abad Santos, Llanes Escoda and Lim, the Official Gazette said, were the “foremost Filipino martyrs of the resistance” against the Japanese military during World War II which lasted from 1939 to 1945.

He was raised in Pampanga while the Philippines revolted against Spain. As one of the Filipinos who were sent to the United States for education, he went back with a law degree and served as the secretary of justice. He was the fifth chief justice.

As the war intensified, he exhibited his firm patriotism in Negros Oriental when he did not leave the Philippines even if he was invited by then President Manuel Quezon to be with his government-in-exile in Washington D.C.

“If you will excuse me, Mr. President, I prefer to remain, carry on my work here, and stay with my family,” he said. Quezon then asked him to be his “delegate”—effectively acting President of the Commonwealth.

It was in April 1942 when he evacuated to Naga, a town near Cebu City, as he heard news about the fall of Bataan. He planned to get back to Negros, but his way was blocked by the Japanese. He was taken in Barili, Cebu on April 11, 1942.

As he declined to take an oath of allegiance to Japan, he was ordered executed. He told his son, Pepito, that it was a rare chance to die for the Philippines so he reminded him not to cry on the date of his killing—May 12, 1942.

Llanes Escoda, who was a social worker for the American Red Cross in the Philippines, established the Girl Scouts of the Philippines (GSP) in 1940. Quezon made GSP a “national organization” and she became its first head.

She made significant sacrifices in the midst of World War II as she offered help to Filipinos who were prisoners of war, reconnecting them with families in Manila through the help of women she trained.

It was said that by gaining the trust of the Japanese military, she would use Japanese resources to help Filipinos in prisons. In 1944, however, her work was exposed and she was held in Fort Santiago.

She conveyed this: “If you survive, tell the people that the women of the Philippines did their part in making the ember sparks of truth and liberty alive till the last moment.”

Weak and severely beaten, Llanes Escoda was last seen on Jan. 6, 1945 while being transferred to a Japanese vehicle. She was never found. Her sacrifices were commended by the American Red Cross and United States military.

Lim, who was born in Calamba, Laguna in 1888, finished his education at the United States Military Academy. In 1941, he was tasked with leading the defense of Southern Luzon as a brigadier general.

It was said that he fiercely fought for better equipment and training for the military while seeking to promote special tradition for the military of the Philippines. His division was later assigned to the Bataan Peninsula.

Lim lived through the Bataan Death March as the Japanese military invaded the province in January 1942 and was met with strong resistance from Filipinos and Americans.

A prisoner of war, Lim was eventually released, but he declined invitations to work with the Japanese government. He became sick and was confined in a hospital where he managed to conduct “guerrilla activities”.

His involvement led to his arrest. In 1944, he was declared “missing” and his remains were never found. His name was one of those listed on the Tablets of the Missing at the Manila American Cemetery.

Benipayo said the fading of the Philippines’ collective war memory was made worse by the government when it decided to delete the reminder of Filipino courage from the P1,000 bill.

It was in October when the BSP revealed plans of using polymers as material for paper bills, saying that it is cost-effective and hygienic. The P1,000 bills in April 2022 will be the first in this new series.

READ: BSP to test peso bills made with polymer, not abaca 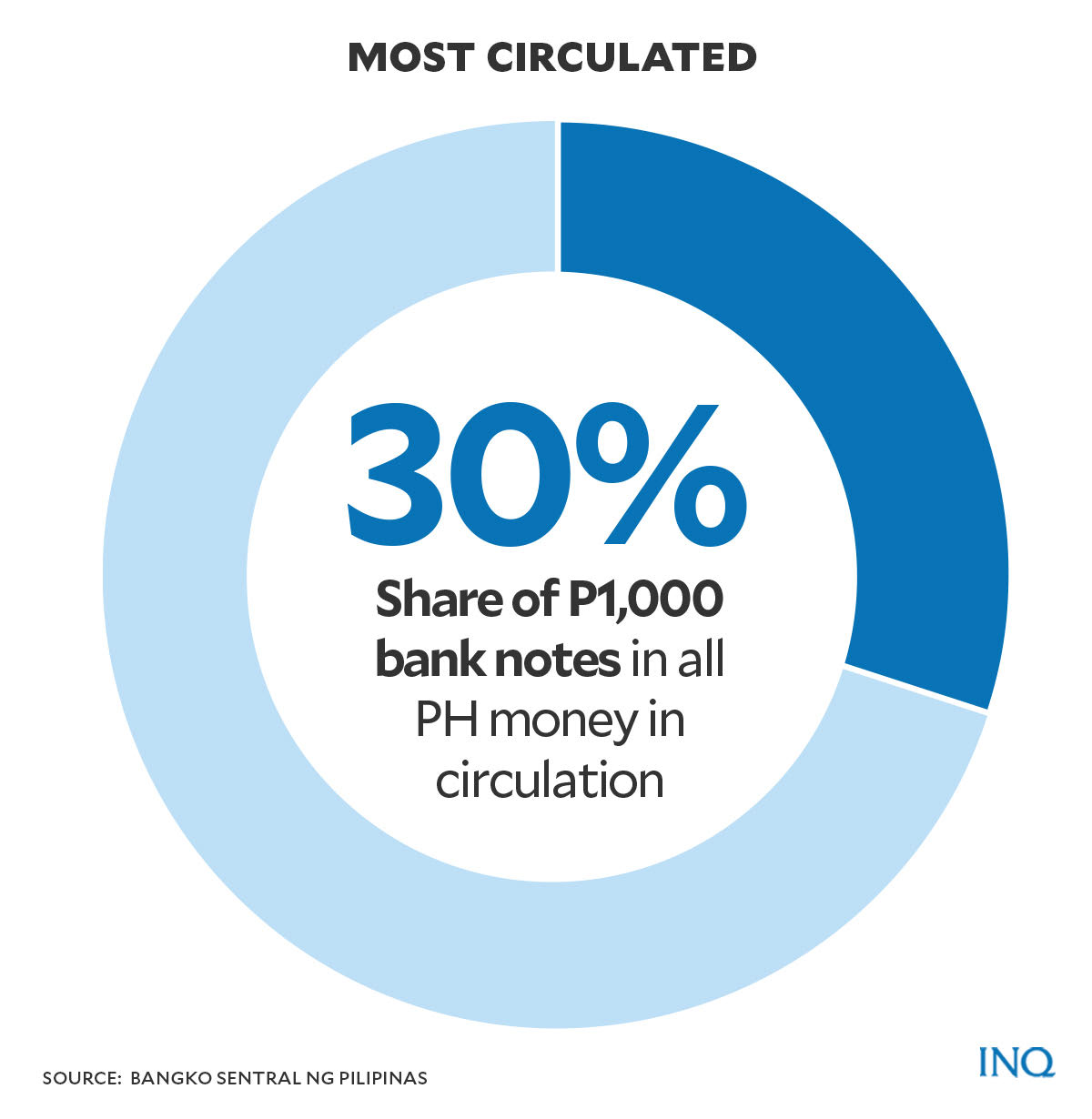 With polymer, however, the BSP said bank notes will be “more hygienic” as these have lower bacterial count than cotton-based bills. The BSP explained that if polymer is used, a bill will last longer. It is also cost efficient, it said. 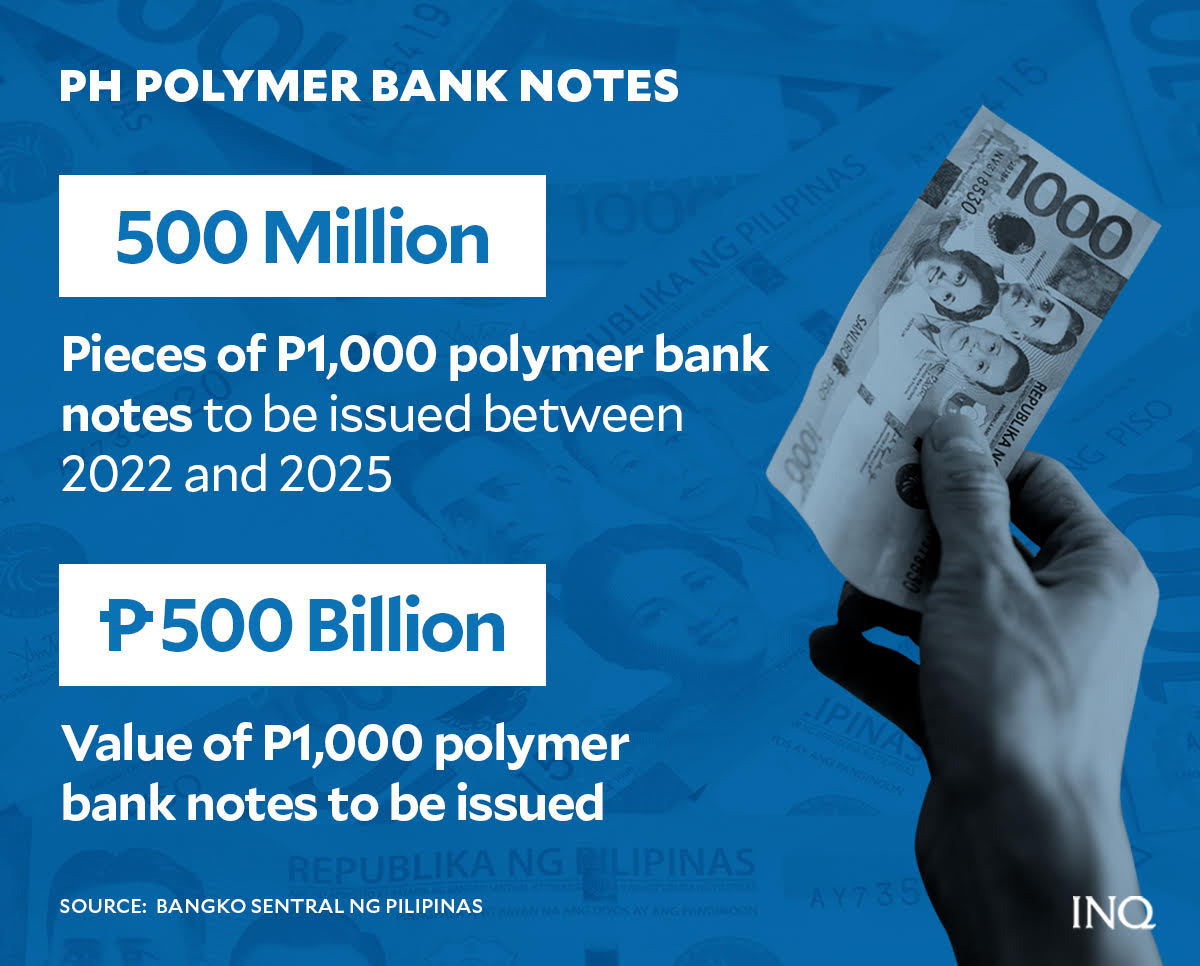 In 2019, BSP Senior Assistant Gov. Dahlia Luna said a bill which is made of cotton and abaca costs P2 each to produce. While polymer bills are more expensive to make, the BSP said it lasts for four years while paper-based bills only last for eight to 18 months.

The polymer is a thin and flexible sheet which is resistant to dirt and moisture. The Bank of England said banknotes made of polymer are stronger and only produce a carbon footprint that is 16 percent lower than paper.

As the P1,000 bill has a 30 percent share in all banknotes in the Philippines, the BSP said it is the first bill that will have the changes since it is the most in-demand, so the cost efficiency gain will be the highest.

He said the P1,000 bill is also the focus of the highest attempted forgery—not because it is easy to forge. “In fact, it has the most security features and thus the most difficult to forge,” Diokno said.

Polymer allows for enhanced security features like see-through windows and holograms which make a bill “harder to counterfeit than paper notes,” the Bank of England said.

As of March 2021, 57 nations have already shifted to polymer in making banknotes, including Canada, Australia, New Zealand, Malaysia, Vietnam, Mexico, and Fiji, he explained.

Banknotes of other countries using polymer: 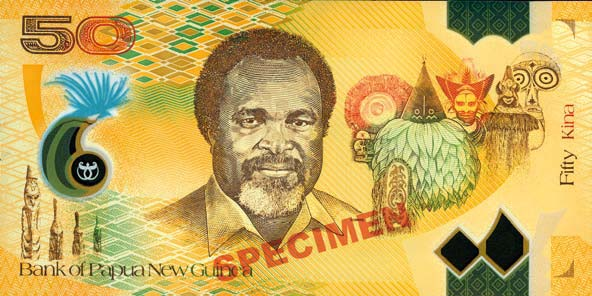 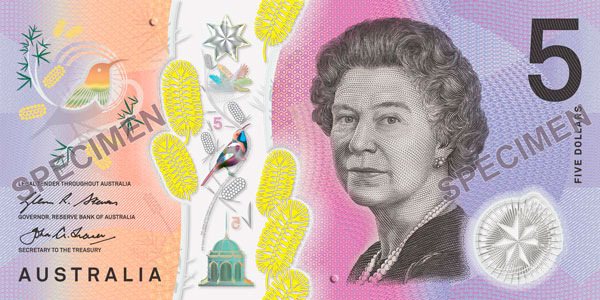 While the shift to polymer has benefits, especially in the midst of the COVID-19 crisis, the change has a dark side which could immensely affect the lives of Filipinos, especially farmers.

In 2010, the BSP said it employs abaca to back Filipino abaca farmers. This was why the Philippine Fiber Industry Development Authority (PhilFIDA) opposed the shift, saying that it would hurt the industry.

READ: Is it time to phase out paper bills?

“Abaca, one of our banner crops, is considered a Filipino heritage and pride and therefore should be made known to all Filipinos by promoting it through our money which is being circulated all over the country,” said Kennedy Costales, PhilFIDA executive director, in August.

The local government of Catanduanes, which produces 90 percent of Bicol Region’s abaca, also opposed the shift, asking the BSP to consider the implications it would bring, especially to farmers.

However, the BSP said it has been coordinating with other government offices to help mitigate the shift’s impact on affected workers which was said to be between 210 to 481.

The BSP sealed the deal with Australia’s central bank, the Reserve Bank of Australia, and its subsidiary Note Printing Australia to produce the P1,000 polymer bank notes.

The Memorandum of Agreement, however, could not be disclosed because of confidentiality, Rappler.com reported in November, saying that Diokno cited its sensitive matters.

The report said previous governors of the BSP questioned the deal, saying that the arrangement allegedly did not go through a rigorous process of pre-qualification and bidding.