Nancy Binay wants Congress, NHCP to have a say in design changes in coins, bills 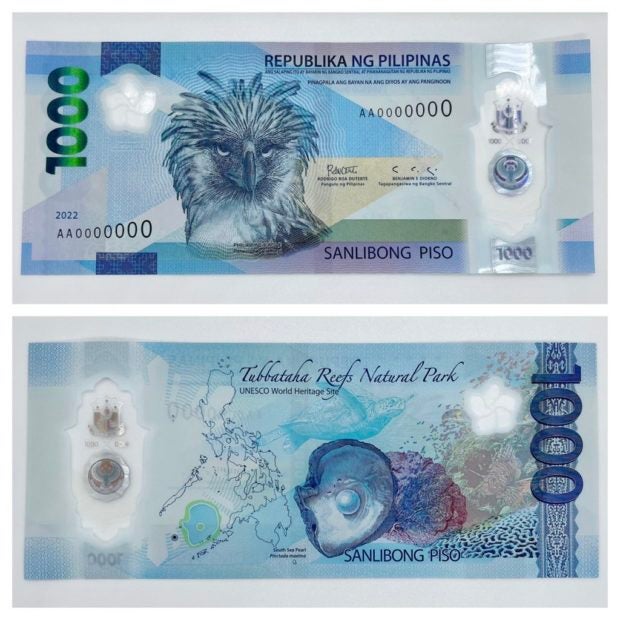 MANILA, Philippines — Design changes in coins and bills should first have the approval of Congress and the National Historical Commission of the Philippines (NHCP) before being circulated, Sen. Nancy Binay said on Sunday as the Bangko Sentral ng Pilipinas (BSP) became the target of public outrage for replacing national heroes with the Philippine eagle in the 1,000-peso bill.

“Maybe the design of money should not be decided by BSP alone. Even changes in names of schools and roads need to have congressional imprimatur. Why must the BSP be exempted?” Binay said in Filipino.

“Redesigning our money should have the concurrence of Congress and the NHCP because it has relevance and implications in history, and there’s a higher purpose to what image or content should be printed on notes and coins,” she added.

Binay lamented the decision of the BSP to replace the images of three heroes — José Abad Santos, Josefa Llanes Escoda,  and Vicente Lim — in its fresh design series in favor of Philippine flora and fauna.

“The heroes were removed for the eagle? Sadly, it is like saying that our martyrs and heroes are no longer worth our money,” Binay said.

The BSP earlier announced the issuance of new polymer 1,000-peso bills as part of its direction to shift to a plastic synthetic material instead of cotton and abaca.

“The BSP did not only erase our heroes in the P1,000 bill, it has also diminished Philippine history by focusing on plants and animals. Literally, our heroes lost their role,” Binay said.

“It’s sad that Josefa Llanes-Escoda, Jose Abad Santos, and Gen. Vicente Lim have become the first casualties of retail revisionism and hero delegitimation. For some strange reason, BSP is slowly silencing memories of heroism and acts of patriotism,” she added.

As a matter of policy, the BSP regularly redesigns and updates features of coins and banknotes as an anti-counterfeiting measure.

Is it time to phase out paper bills?