Slain journo felt threatened over drug war reports, but him being killed for that is remote | Inquirer News
Close
menu
search

Slain journo felt threatened over drug war reports, but him being killed for that is remote 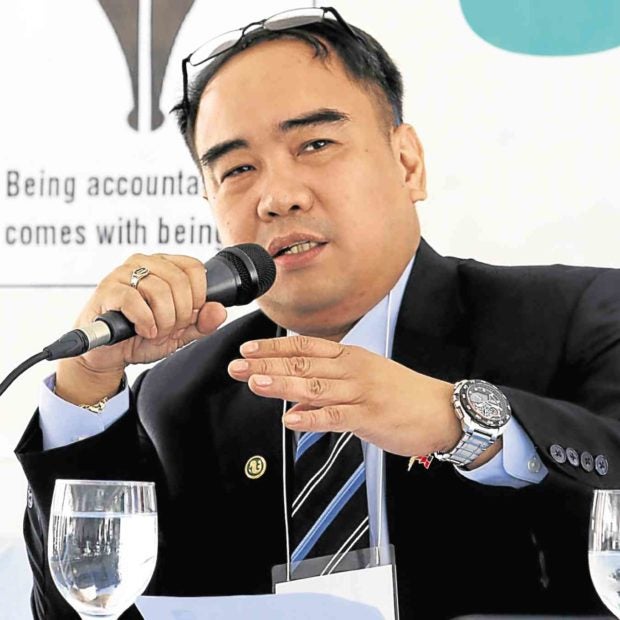 MANILA, Philippines — While slain journalist Jesus “Jess” Malabanan indeed felt threatened for his role in helping a wire news agency craft its drug war reports, an undersecretary handling issues on media security believes that angle to the case is becoming a remote possibility.

Undersecretary Joel Egco, who heads the Presidential Task Force on Media Security (PTFoMS) confirmed in an interview with ABS-CBN News Channel’s Headstart on Monday that Malabanan approached him three years ago, regarding a possible threat to his life while he was in Pampanga.

Egco said that they are still considering that as a motive for Malabanan’s killing, but noted at the same time that it would be far-fetched for people in Pampanga — if ever the threat was real — to travel to Samar just to kill him.

(What if the person mad at him in Pampanga waited it out in Samar?  I think there’s a very remote possibility that an assassin will travel to his hometown in Samar.  Because Jess — according to our friends — was planning to stay there for good as he wanted to do farming.)

“Ina-analyze namin kung dito, it’s a long way from Pampanga to Samar no.  And people who may have wanted him dead, from Luzon halimbawa, ang haba no’ng kalsada na ‘yon no (that’s also a long road),” he added.

According to Egco — a former reporter himself — they gave Malabanan protection but the undercover agents placed near him did not see any signs of surveillance.

“Siguro i-clear ko na rin no, kasi there are some sectors, people who are saying, na dinidikit ito doon sa drug war.  Yes Jess approached me three years ago when he felt threatened in Pampanga, because wala naman siyang sinulat, but that time he acted as guide to foreign correspondents who were writing about the drug war back then,” he said.

(Maybe I’ll clear this also: because there are some sectors, people who are linking this to the drug war.  Yes, Jess approached me three years ago when he felt threatened in Pampanga, not because he wrote anything, but because he acted as a guide to foreign correspondents who were writing about the drug war.)

“So na-threaten siya, feeling niya parang sinu-surveillance siya no.  So what we did was to provide him security, we spoke and naglagay tayo ng mga tao do’n sa paligid ng kanyang mga tinitirhan no.  So, mga undercover agents, to find out kung meron talagang sumu-surveillance […] But it turned out negative,” he added.

(So he felt threatened, that he was being surveilled.  So what we did was to provide him security, we spoke and placed people around his residence.  So, undercover agents were there to find out if someone is really monitoring him.  But it turned out negative.)

Egco said that Malabanan was thankful for the assistance.  The task force head also admitted hearing that Malabanan’s move to Samar stemmed from his perceived threats, but stressed that the latter also emerged after some time as he felt that the threat had already subsided.

(There was a time, when he felt threatened, that we got an info that he was in Samar to cool down, in hiding.  So I told him,‘Jess don’t be afraid because I’m here, let us meet’.  But he said that he was far away.)

(So the threat was there, confined only in Pampanga, but eventually it dissipated.  It was gone.  In fact when we saw each other at past gatherings, he would say that the threat has subsided.  But I told him that he should not be complacent.)

Malabanan was shot by unknown assailants close range on early Wednesday night.  According to his wife, they were watching the television inside their store in Calbayog who was with him when the incident happened.

However, she failed to identify who the assailants were due to the fact that it was already dark.

After his death, reports about his body of work surfaced, including his role in helping Reuters in its Pulitzer Prize-winning coverage of President Rodriog Duterte’s war against illegal drugs.

Still, Egco said on Saturday that land dispute may be a more pressing motive in the killing of Malabanan.

Last Thursday, Philippine National Police (PNP) chief Gen. Dionardo Carlos ordered the formation of a special investigating task group to focus on the case.  According to Egco, the SITG and other offices working to resolve Malabanan’s death would be having a case conference by 1:00 p.m. of Monday.