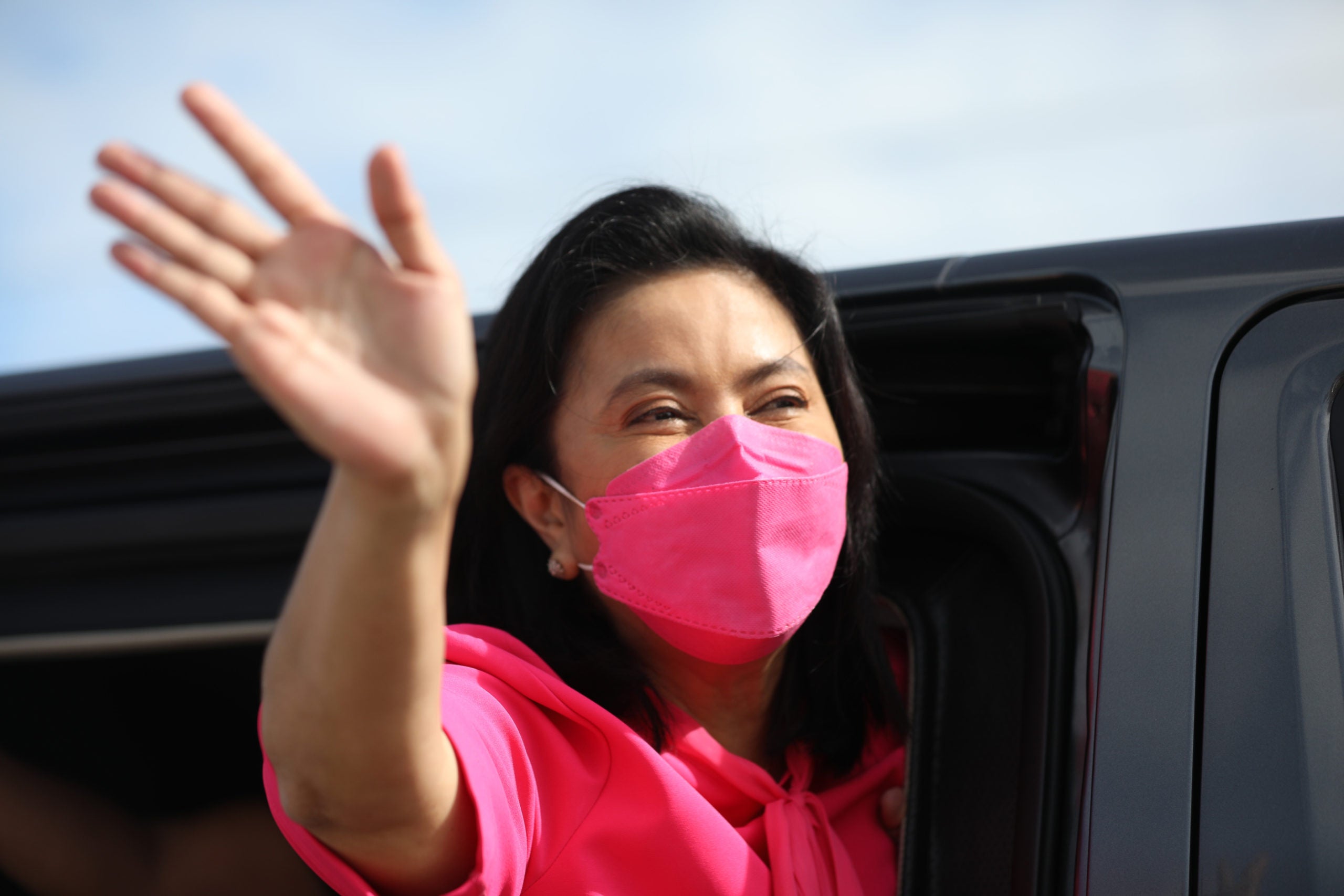 Photo from the Office of the Vice President

CEBU CITY — Vice President Leni Robredo is open to more local alliances in Cebu as she continues to court the vote-rich province on Monday.

In a press briefing, Robredo revealed there are a lot of discussions being made for local alliances in Cebu.

Robredo said she even wanted to meet with Cebu Gov. Gwendolyn Garcia even if they belonged to two opposite political parties.

She also said she is thankful that incumbent Cebu Vice Gov. Hilario Davide III continues to be her ally even if his gubernatorial candidate may not be endorsing her.

Davide, a member of the Liberal Party, is running in tandem with former tourism chief Ace Durano who is a candidate under the Sara Duterte-aligned Partido Pilipino sa Pagbabago (PPP).

“Many discussions are made as we move forward. There are still many things to happen. I am very thankful that vice-governor Davide remains an ally,” Robredo said.

“We are open to alliances. We are not closing the doors on anyone,” she added.

Robredo already got the endorsement from the group of former Cebu City Mayor Tomas Osmeña whose wife, Margot, is seeking the mayoral post in 2022.

It was the second time for Robredo to visit Cebu since she filed her candidacy for president.

She was supposed to meet with Gov. Garcia the last time she was here but was canceled due to conflicting schedules.

Robredo was in Cebu City on Monday for only a few hours to attend the event hosted by the Osmeñas. After about four hours, she immediately flew back to Manila for another event.

She said she wants to meet with Garcia when she comes back to visit Cebu soon.

“Even if we are not party mates, I am very much willing to pay my respects. In fact, the last time I was here, I was supposed to visit her. Perhaps, next time when we visit Cebu again,” Robredo said.