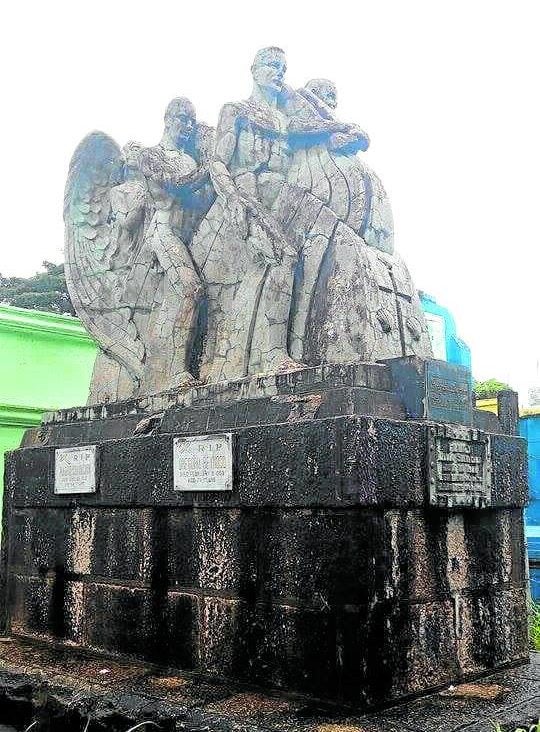 CULTURAL PROPERTY The concrete tombs at the public cemetery in Lucena City are important cultural properties, the National Historical Commission of the Philippines says. —PHOTO COURTESY OF VLADIMIR NIETO

Vladimir Nieto, Konseho ng Herencia ng Lucena (KHL) leader, said their group had agreed to work alongside the city government to ensure that the old tombs inside the near century-old public cemetery will be preserved as the city embarks on rehabilitating the grave site.

KHL members met on Thursday with officials from the City Council’s Committee on Tourism, Culture, City Planning and Development Office (CPDO) and the City Engineering Office where the heritage group was asked to help ensure that the guidelines set by the National Historical Commission of the Philippines (NHCP) would be followed, particularly in preserving the tombs of local heroes and prominent personalities, Nieto said.

Nieto said KHL would assist the local government in the heritage mapping of the old public cemetery to speed up the process.

He stressed that the demolition of the old cemetery without permission from the NHCP will be a violation of Republic Act No. 10066, or National Cultural Heritage Law of 2009, since the decorated tombs have cultural and heritage value.

Juliet Aparicio, CPDO chief, said the rehabilitation of the 2.6-hectare cemetery in Barangay Ibabang Dupay would proceed with the assistance of KHL.

“Once we received the permit or notice to proceed from the NHCP, we will start the rehabilitation of the old cemetery as planned,” Aparicio said.

The decades-old concrete tombs in the different parts of the cemetery will be preserved and incorporated into the landscape of the rehabilitated cemetery, she said.

KHL earlier aired their concern over the possible destruction of the concrete tombs after Mayor Roderick Alcala announced the city’s plan to rehabilitate the public cemetery, including the construction of bone crypts and apartment-type tombs, to provide additional final resting places for indigent residents.

No burial has been done in the cemetery in recent years since all its spaces are occupied. The city government operates another public cemetery, with apartment-type tombs, in the neighboring village of Market View.

On Nov. 10, the NHCP wrote Alcala to ask the mayor to submit to their office the proposed development plan for the cemetery and other necessary documents for their review and approval.

“Please be informed that under R.A. 10066, structures dating at least fifty years old can be considered an Important Cultural Property and must be protected from any modification or demolition,” the NHCP said in the letter.

Formerly called “Camposanto de Municipio Lucena,” the cemetery was established in 1928. It is also where the land donor, Crisanto Marquez, a former municipal president of Lucena, was buried, said local historian Carlos Villariba.