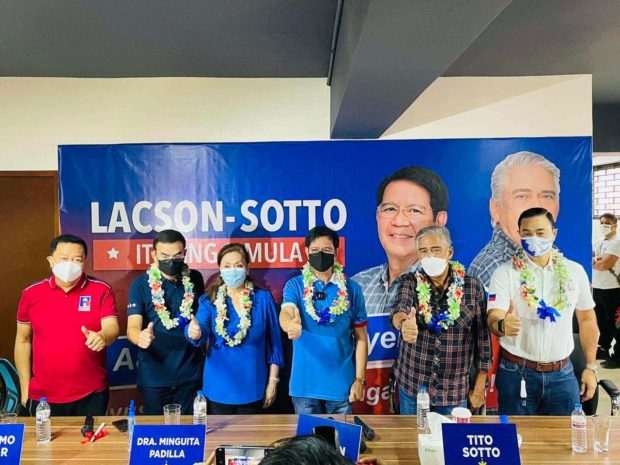 They are also expected to visit Naga City. in Camarines Sur.

Lacson recalled how he became an “Adopted Son of Cebu” for his leadership when he served as commander of the then Philippine Constabulary’s Cebu Metropolitan District Command (MetroDisCom) from 1989 to 1992.

(Cebu is very important to me. I am an ‘adopted son of Cebu’ because I was assigned her as MetroDisCom Commander for 28 months and they requested then-President Cory Aquino that I retain my post here.)

(So it is important to me on a personal level that I visit Cebu , so I can ‘remind’ the people that I am an adopted son of the province)

Sotto, for his part, stressed the importance of Cebu, saying that the results in the province ”has a trickle-down effect on the entire Region 7.”

“It’s not only important, it is critical… My family on my father’s side comes from Cebu,” Sotto said.