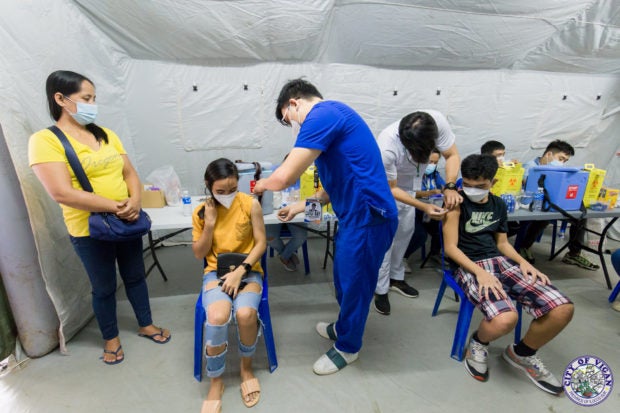 According to the National Task Force Against COVID-19, Laguna province was able to administer a total of 271,989 doses from Nov. 29 to Dec. 1.

Meanwhile, Cebu was recognized as the city with the highest number of doses administered with 103,828.

The national government also recognized Bangsamoro Autonomous Region in Muslim Mindanao (BARMM) for having the highest improvement in its average jab rate at 785.

Tawi-Tawi was hailed as the province with the highest improvement at 2,668 vaccinations and General Santos City was recognized as the most improved city with 673 doses administered.

Each local or provincial government was awarded P25,000 worth of SM gift certificates in an awarding ceremony held in a mall in Mandaluyong City on Thursday.

Calabarzon was recognized as the region with the highest number of doses administered at 1,147,392, but it received no reward.