Marcos was not a war hero; he impoverished PH in his 20-year-rule – ABKD | Inquirer News
Close
menu
search 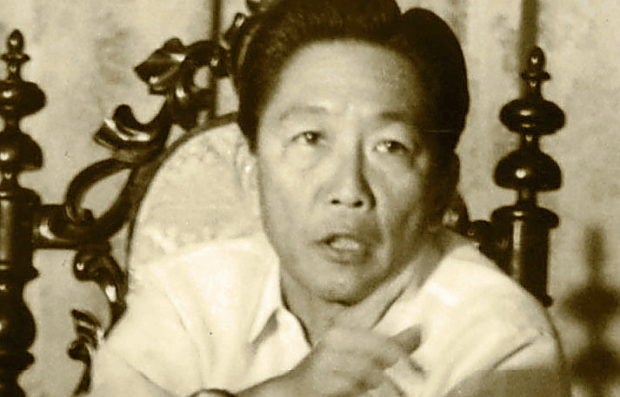 MANILA, Philippines — It’s not true that Ferdinand Marcos was the most decorated Filipino soldier in World War II and contrary to claims by his family and supporters, he impoverished the country during his 20-year rule, a group of academics said in its first fact-checking report on Tuesday.

The Akademiya at Bayan Laban sa Disimpormasyon at Dayaan (ABKD), which was organized last month, was correcting assertions by the dictator’s daughter, Sen. Imee Marcos, and his son and namesake, who is trying to follow in his father’s footsteps to Malacanang.

ABKD debunked an April 9, 2019, Day of Valor Facebook post by the senator that cited claims that her father was the “most decorated soldier in the land at the end of World War II” who received the US Congressional Medal of Honor from Lt. Gen. Jonathan Wainwright and a Distinguished Service Cross from Gen. Douglas MacArthur.

The senator commemorated Filipinos who fought against the Japanese, saying her father “was among them, a decorated soldier and leader of the Guerrilla Intelligence Group ‘Ang Mga Maharlika.’”

ABKD — a network of teachers, educators, and academic institutions fighting disinformation and electoral fraud ahead of the May 2022 elections — said Marcos was not included in the database of people who had received the US Congressional Medal of Honor.

It said that, according to the official websites for the Purple Heart and the Distinguished Service Cross, Marcos was not a recipient of either of the two decorations.

When the war broke out, the Philippines was still under US rule as a commonwealth. Filipino soldiers then were entitled to these medals.

According to the National Historical Commission of the Philippines (NHCP), Marcos himself claimed he had received three “major” medals — the Distinguished Service Cross, the Silver Star, and the Order of the Purple Heart.

In a study on why Marcos should not be buried at Libingan ng Mga Bayani, the NHCP disputed the dictator’s claimed military record, saying it was “fraught with myths, factual inconsistencies, and lies.”

The study released on July 12, 2016, said it was based on archived documents and official websites of pertinent US government agencies, among other sources, and was undertaken as “part of its mandate to conduct and disseminate historical research and resolve historical controversies.”

The US government never recognized the so-called Maharlika guerrilla unit and Marcos leadership of it because of grave doubts about its authenticity, according to NHCP.

“When a historical matter is under question or grave doubt, the matter may not be established or taken as fact,” the commission said. “For these reasons, the NHCP opposes the plan to bury Mr. Marcos at Libingan ng Mga Bayani.”

The remains of Marcos, who died in September 1989 in Hawaii where he fled following his ouster in the 1986 Edsa People Power Revolution, were finally buried at the Heroes’ Cemetery on Nov. 18, 2016.

ABKD’s sources included the New York Times article of Jeff Gerth published in January 1986, which included links to the hall of honor of the Purple Heart and the recipient database of the National Medal of Honor Museum, and John Sharkey’s Washington Post story published in December 1983.

“The 2022 elections are a turning point in our nation’s political history. We are not just facing an unprecedented amount of misleading and malicious propaganda, but [also] the continued threat of corruption and human rights violations, and the possible return of dictatorship,” ABKD said in a statement when it was launched in November.

The group also challenged Marcos Jr.’s claim that his father brought the Philippines to the “modern world” and the “golden age of economy.”

The presidential candidate told vlogger Toni Gonzaga in September that “I’m the son of the longest-lasting president who brought the Philippines into the modern world.”

But according to ABKD, poverty worsened during the Marcos administration.

ABKD used data from the Philippine online Martial Law Museum, James Boyce’s “The political economy of growth and impoverishment in the Marcos era,” which was published in 1993, and JC Punongbayan and Kevin Mandrilla’s article “Marcos years marked ‘golden age’ of PH economy?”.

Carl Ramota, a professor at the University of the Philippines Manila who is part of the ABKD network, said last month that teachers at the basic, secondary, and tertiary levels play a very important role in shaping the values of the students and in guiding them to think critically.

—WITH A REPORT FROM ARIANNE SUAREZ OF INQUIRER RESEARCH