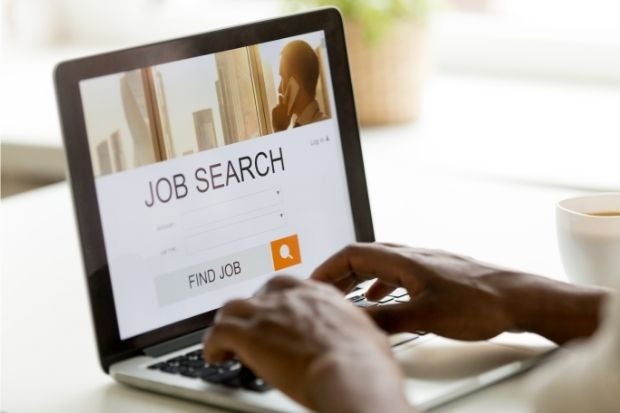 MANILA, Philippines — While unemployment slightly eased in October, the Department of Labor and Employment (DOLE) aired concern on Tuesday over the jump in the number of workers who were still looking for more work or longer working hours.

The unemployment rate declined to a three-month low of 7.4 percent in October as the reopening of more business establishments generated more jobs due to the improving COVID-19 situation.

The Philippine Statistics Authority’s (PSA) quarterly labor force survey (LFS) in October showed that there were 43.8 million Filipinos who had work in October, or 92.6 percent of the 47.3 million Filipinos age 15 and above who were either employed or unemployed.

However, 7 million of them were underemployed, referring to those who were looking for longer working hours or higher-paying jobs as they settled with part-time arrangements. October’s underemployment rate of 16.1 percent was the highest in three months.

“The increase of the underemployment level by 862,000 is a reminder that much has still to be done to improve the quality of work,” Dole said in a statement.

The department said it was confident that employment figures would improve further with the increasing vaccine coverage, the safe reopening of more businesses as the alert levels are lowered, and the government’s focus on improving the labor market through the National Employment Recovery Strategy.

President Duterte’s economic managers noted that “more people are employed today than in the months before the pandemic struck.”

“Better employment outcomes in October were driven by the government’s policies that further reopened the economy safely, such as shifting to the alert level system and granular lockdowns from large-area and blanket quarantines and allowing more mobility for vaccinated individuals,” the statement said.

“Credit should also be given to the close collaboration between the private sector and government not only in accelerating the inoculation drive for our people but also in enforcing the minimum health protocols to contain infections,” it added.

“Backed by a stronger healthcare system, we will solidify our recovery by reopening the economy to alert level 1 in January 2022. At the same time, to avert long-term productivity losses and restore more employment, we will resume face-to-face schooling in January 2022, increase public transport capacity for all transport types to 100 percent, and relax restrictions for domestic and international travel,” the economic team said in the statement.

National Statistician Dennis Mapa told a press briefing that on a year-on-year basis, the biggest increases in employment in October were in the following sectors: wholesale and retail trade plus repair of motor vehicles and motorcycles (up by 1.32 million jobs); agriculture and forestry (990,000); manufacturing (297,000); public administration and defense, plus compulsory social security (287,000), and other service activities (239,000).

Quarter-on-quarter or compared to July before the Delta strain of COVID-19 forced a revert to the strictest enhanced community quarantine (ECQ) in Metro Manila and surrounding provinces last August, the biggest increases in jobs were in agriculture and forestry (up by 1.35 million); wholesale and retail trade plus repair of motor vehicles and motorcycles (1.2 million), and fishing and aquaculture (234,000).

On the other hand, the biggest quarter-on-quarter declines in employment were in construction (down by 291,000 jobs); manufacturing (213,000); transportation and storage (123,000); professional, scientific and technical activities (123,000), and financial and insurance activities (78,000).

Year-on-year, the largest declines were suffered by education (down by 46,000 jobs); financial and insurance activities (8,000); electricity, gas, steam, and air-conditioning supply (6,000); information and communication (4,000), and activities of extraterritorial organizations and bodies or regional and global institutions operating in the country (by 900).

Mapa said the quarter-on-quarter job shedding in the construction sector likely happened due to finished public and private projects, while most of the job losses in the education sector were observed in privately run preprimary and primary education institutions.

For Estrada, not only the job losses among education personnel but also the possibility that some younger schoolchildren stopped attending classes were a concern.

He said the pilot of in-person learning would help resume jobs in private kindergarten and elementary schools.

Gradually, the pilot of face-to-face classes will help some schools recover. But it really depends on how ready and confident the parents are sending their kids back to schools to in-person classes,” Estrada, for his part, said.

In its Philippines Economic Update December 2021 report released on Tuesday, the Washington-based World Bank said that amid the prolonged COVID-19 pandemic, “low-skilled occupations and workers in low productivity sectors increased, indicating an overall deterioration of job quality” in the Philippines.”

Employment in high productivity sectors including real estate, finance and information and communication remained flat. The reallocation of labor to less productive sectors and the lack of jobs growth in more productive industries also point to a slowdown in the structural transformation of the labor market,” the World Bank said.