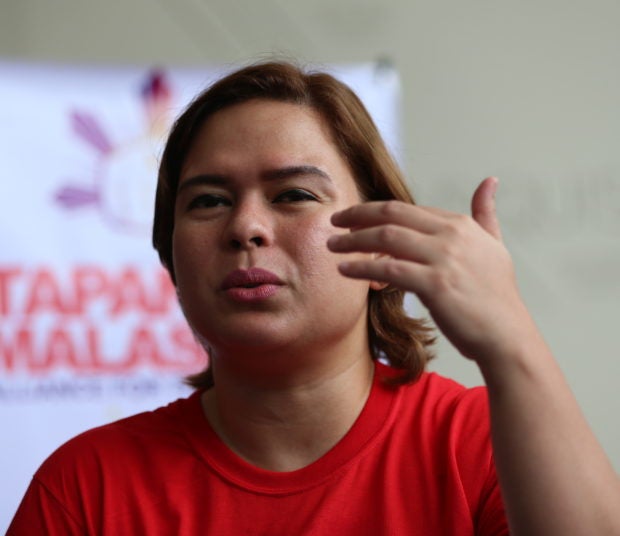 Duterte-Carpio described the killing of the mayor, who she called a “personal friend,” as a “cowardly act.”

“Mayor Darussalam is a member of Lakas-CMD Party and a personal friend. His untimely demise is truly tragic and heartbreaking. This cowardly act deserves our collective outrage and condemnation,” Duterte-Carpio, who is also the chairperson of the Lakas-CMD party, said in a statement.

“With the officers and members of Lakas-CMD, my thoughts and prayers for Mayor Darussalam and his aide as we offer their families our deepest condolences,” she added.

The slain mayor was accompanied by Mayor Alih Awal Sali of Akbar town, their driver Farrad Nurrudin and other escorts, as they were on their way to a seaside mosque when they were ambushed by four unidentified gunmen on motorcycles, police said.

Nurrudin was also killed, while Sali was still in critical condition.

“We also wish for the speedy recovery of Mayor Sali, member of the local United Bangsamoro Party but also a member of the Lakas-CMD in Basilan,” Duterte-Carpio said.

“May the perpetrators behind this appalling attack be immediately brought to justice,” she added.