LPA to bring rain to parts of Mindanao, Visayas – Pagasa 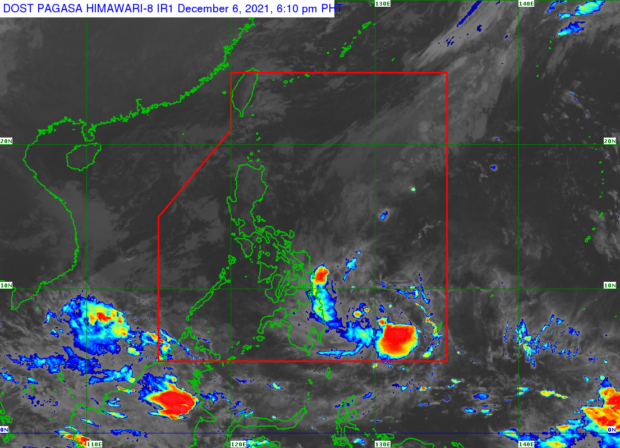 According to Pagasa weather specialist Ana Clauren, the LPA was first detected at 8:00 a.m. Monday, and was last spotted 735 kilometers east of Davao City.

She added that scattered rain showers are expected over the mentioned areas along with the effects of the shear line.

On the other hand, the rest of the country, including Metro Manila, will experience fairer weather but chances of rain during the afternoon and evening remain.

The temperature range in key cities/areas according to Pagasa for Tuesday:

Gale warning is also raised in several coasts of the country, said Pagasa’s Clauren, specifically over the seaboards of Northern Luzon, Central Luzon and eastern seaboards of Southern Luzon, Visayas and Mindanao.

Clauren said that waves in these areas might reach as high as 4.5 meters.