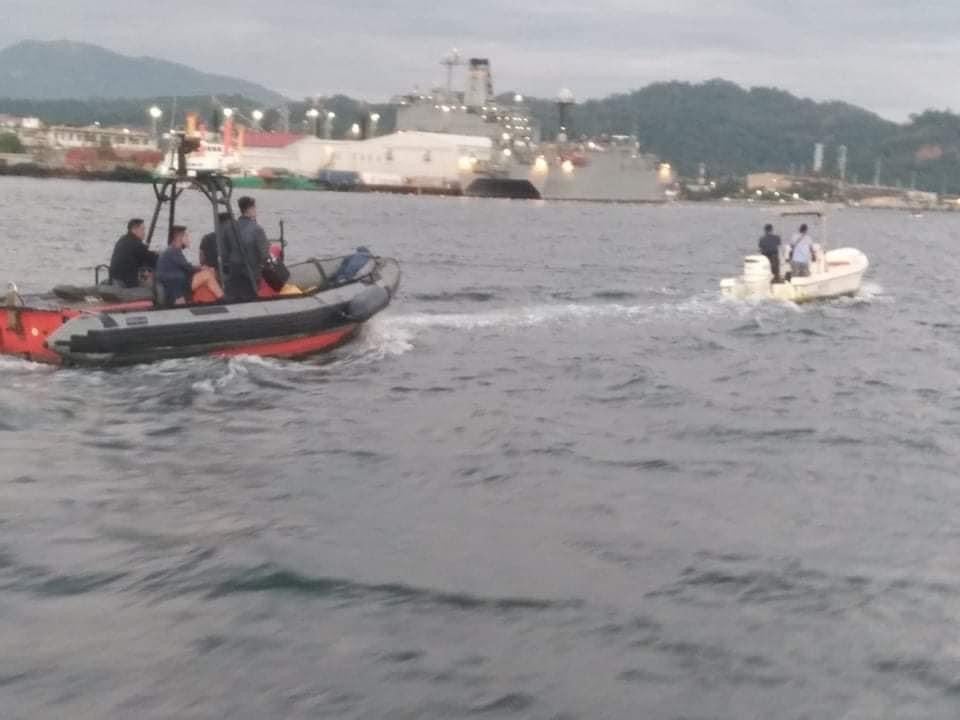 After rescuing five distressed fishermen, the engine of the Philippine Navy’s vessel malfunctioned and had to be towed by local fishermen up to Subic Bay Freeport waters where Harbor Patrol of the Subic Bay Metropolitan Authority (SBMA) boats were on standby. (Photo courtesy of SBMA)

SAN ANTONIO, Zambales––Five fishermen were rescued Sunday, Dec. 5, after their boat capsized north of Silanguin Point in this town due to rough seas, authorities said.

Personnel of the Philippine Navy responded to the incident and managed to bring the fishermen to safety, but the engine of their service boat malfunctioned, prompting the Harbor Patrol of the Subic Bay Metropolitan Authority (SBMA) to assist in the transportation.

The rescued fishermen were transferred to the SBMA Harbor Patrol units and were later transported to Bravo Pier at the SRF Compound inside the free port.